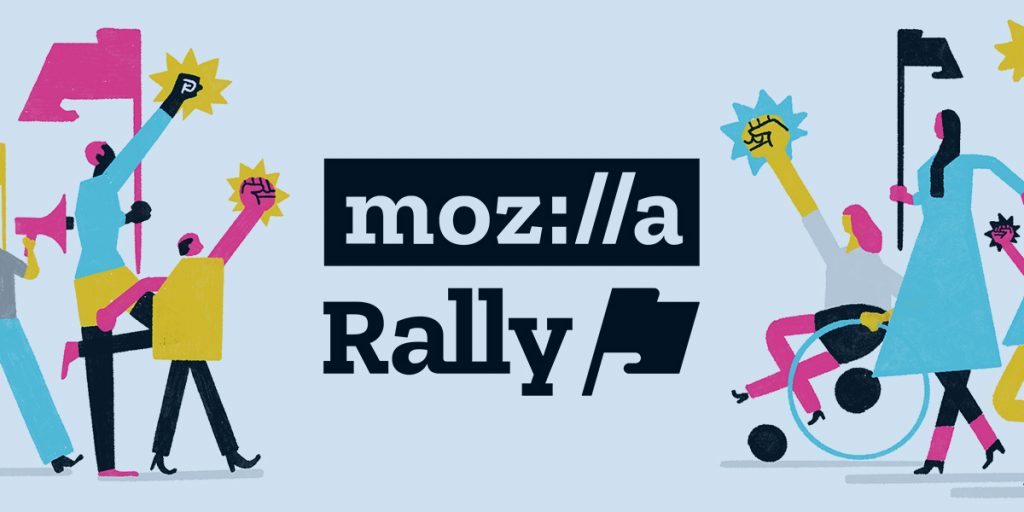 On Friday, Mozilla announced the release of a new data-sharing platform called Rally that is designed to provide users with more control over how they share their data.

The Firefox add-on allows people to donate their data to research studies that will focus on building new resources, tools, and “potentially even policies that empower people just like you to build a better internet and fight back against exploitative tech,” according to Mozilla.

Rebecca Weiss, director of data science at Mozilla and inceptor of Rally, told ZDNet the platform sought to answer the question “What if — instead of companies taking your data without giving you a say — you could select who gets access to your data, and put it to work for public good?”

“Rally is built for the browser with privacy and transparency at its core and empowers people to contribute their browsing data to crowdfund projects for better internet and a better society. The researchers behind each project will have better quality data, with a clear understanding of the source, and confidence that it’s compliant with data privacy regulations,” Weiss explained.

“At Mozilla, we work every day on building a better internet, one that puts people first respects their privacy, and gives them power over their online experience. We’ve been a leader in privacy features that help you control your data by blocking trackers. But, being ‘data empowered also requires the ability to choose who you want to access your data.”

Mozilla called Rally a “first-of-its-kind” platform that addresses the thorny problem of data control. The organization has done surveys showing that many people in the US are frustrated by the lack of options they have when it comes to their data. Outside of using defensive tools to block all data collection or simply allowing all data to be used without user consent by online services, there are few options available for most users.

Mozilla said it was trying to “flip the script on the surveillance economy’s data practices” by demonstrating that there is a case to be made for an equitable market for data.

Users install the Mozilla Rally add-on that is available for Firefox and sign up before finding studies that they would like to contribute to. Researchers will provide detailed explanations of what each research study is focused on, how your data will be used, and where it ends up. Users are in full control and can pull their information out whenever they would like.

“We also wanted to collaborate with a wider community and started with public interest researchers. We worked with Jonathan Mayer’s group at Princeton to build tools to collect and manage user data. These tools are as accurate as researchers need, but don’t require the collection of as much data from users,” Weiss said.

“We let individuals choose how much data to share, to which organizations, and for what purpose. In return, they’ll not only contribute their data for the public good, but they’ll also understand how their data is being used and tracked overall.”

Mozilla has already partnered with Princeton University for studies like “Political and COVID-19 News” — about misinformation about politics and COVID-19 — and Stanford University on upcoming projects like “Beyond the Paywall.”

“Cutting people out of decisions about their data is an inequity that harms individuals, society, and the internet. We believe that you should determine who benefits from your data. We are data optimists and want to change the way the data economy works for both people and day-to-day business,” Weiss said. “We are excited to see how Rally can help understand some of the biggest problems of the internet and make it better.”

Researchers, like Princeton’s Mayer, will be able to invite people to participate in studies and crowdfunded scientific efforts.

Mayer, head of the “Political and COVID-19 News” project, said that for years, academic researchers have been “stymied” when trying to experiment with online services.

“Rally flips the script and enables a new ecosystem of technology policy research,” he noted.

Shoshana Vasserman and Greg Martin of the Stanford University Graduate School of Business are working on the “Beyond the Paywall” project, and Vasserman said research is needed to “get answers to the hard questions that we face as a society in the information age.”

“But for that research to be credible and reliable, it needs to be transparent, considered, and treat every participant with respect. It sounds simple, but this takes a lot of work. It needs a standard-bearer to make it the expectation in social science,” Vasserman said.

“In working with Rally, we hope to be part of that transformation.”

Weiss and others at Mozilla explained that their goal for Rally is to show “that there is a case for an equitable market for data, one where every party is treated fairly, and we welcome mission-aligned organizations that want to join us on this journey.”

Rally is only available for Firefox users in the US over the age of 19 right now, but Mozilla said it plans to expand it globally in the future.