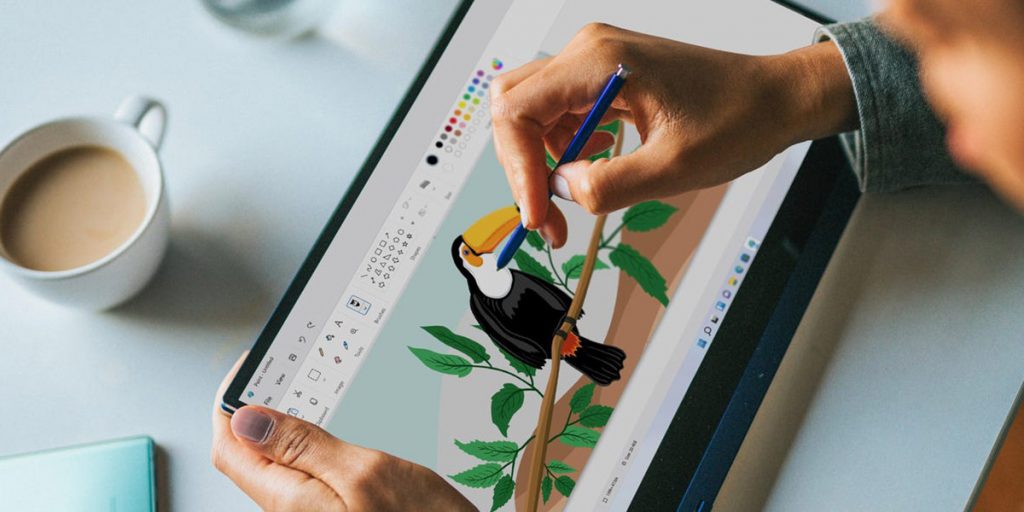 Windows 11 is arriving later this year, and with it, a new refreshed version of MS Paint and Photos. Initially spotted by Windows Latest, Microsoft has quietly posted pics of the two refreshed apps on Unsplash.

As you might expect, the refresh updates the MS Paint app to better fit in with the overall Windows 11 design. That means the old ribbon menu is going bye-bye and will be replaced by a Fluent header. The simplified toolbar also places the Undo and Redo buttons up at the top next to the File and View options. And of course, the whole thing has rounded corners and WinUI controls as well. It doesn’t, however, appear that there are any additional functions. Let’s be real, MS Paint was never a full-featured graphics editor in the vein of Photoshop. It was and forever will be, a sentimental program for making crude drawings and quickly cropping or resizing images on the cheap. Or in some cases, creating a Junji Ito-inspired nightmare horror game.

As for the Photos app, it looks like it’ll get a revamped editing experience that echoes mobile photo editing apps, along with a new interface. It’s not just Paint and Photos that will get a Windows 11 makeover. Other Windows apps like Clock, Office, Notepad, among others, will also be refreshed in the coming weeks.

Still, for Paint lovers, the refresh at least signals Microsoft isn’t planning to kill the beloved program. Back in 2017, Microsoft put Paint on a list of deprecated features, meaning it would no longer be actively developed. At the time, it sparked fears that Microsoft planned to ax Paint entirely. However, Paint remained a fixture in Windows 10, though there was a brief period between versions 1803 and 1809 where the company sent removal notices. There was also another scare last year, where some users found updating to version 2004 removed Paint, Notepad, and Wordpad.