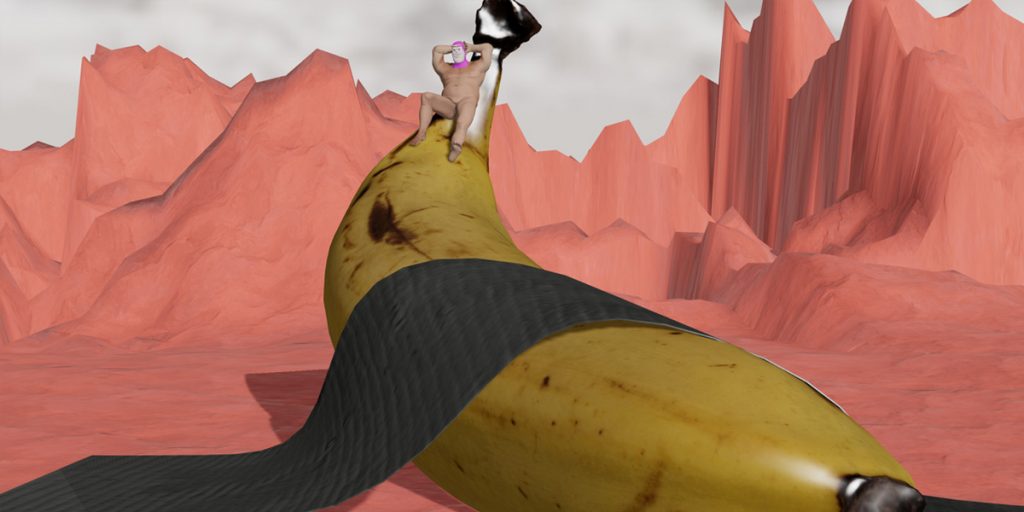 Beeple has been one of the biggest names in NFTs, likely because some of his artwork has sold for truckloads of money. So it was really only a matter of time before someone came along with a tool that lets you create Beeple-like artwork without having to download and pose assets yourself.

Enter BeepleGenerator.com a site that does… well, exactly what its name implies. Here’s a look at some of the… art it generated, along with some genuine Beeples for comparison.

Could you sell the generated pictures as NFTs? Well… I don’t think there’s anything stopping you from listing them. But that’s thinking small — the real big brain play is to buy the site as an NFT.

Oh, yeah, did I forget to mention that the site itself is for sale as an NFT? The person who currently owns it didn’t actually make it, they bought it on NFT site Zora.

The obvious question, besides “why” and “I want to move to a cabin in the woods” (not a question, by the way) is “what does Beeple think of this?” The answer will probably not be surprising.

BeepleNFTTechWeb Trends
Previous ArticleWar and games: Why are there so many WW2 games?Next ArticleHundreds Of Far-Right Militias Are Still Organizing, Recruiting, And Promoting Violence On Facebook