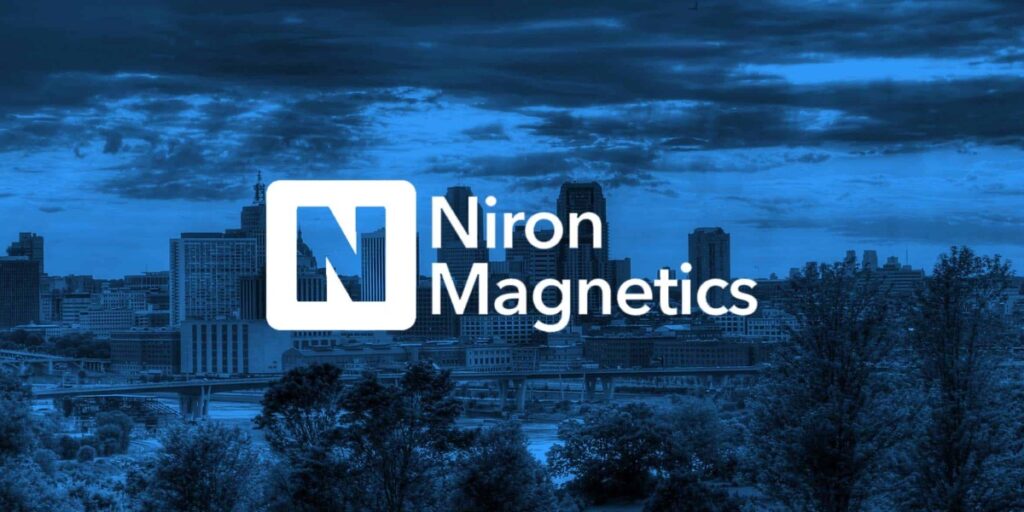 “We’re very excited to welcome David, Carlijn, and Peter to the Niron team. All three are talented, growth-oriented experts in their respective fields with experience scaling global materials companies,” said Andy Blackburn, CEO of Niron Magnetics. “Niron’s mission and the world-changing potential of our technology is what attracted these new team members to join us. Their passion and expertise further empower our team as we usher in a more sustainable future for the magnetics industry.”

David Northall, vice president, of global operations, join Niron with over 40 years of experience in a wide range of industries and on mega projects around the world with some of the largest players in chemical manufacturing and engineering. This includes constructing and starting up chemical manufacturing facilities for $100M+ and $1B+ projects. He most recently served as the general manager of project engineering and services for SABIC, a global leader in chemicals headquartered in Saudi Arabia. David was responsible for creating a global PreFEED/FEED (Front End Engineering Design) unit to deliver the baseline of SABIC’s global projects, based in Jubail, KSA. He was part of the successful startup of Cristal, a 60,000-tonne pigment facility in Saudi Arabia, and has held leadership roles across engineering and operations at Jacobs, Atlantic, Gulf & Pacific Company, Inc., Shaw Energy & Chemicals, Aker Kvaerner, Warner-Lambert and, and more. David has relocated to Minneapolis from the Middle East to join Niron and have a direct influence on developing Niron’s critical sustainability technology to full industrial scale, enabling material climate and sustainability impact by supporting demand from Global 500 customers.

Carlijn Mulder, Ph.D., vice president, of magnet technology joins Niron following a decade with Saint-Gobain, a world-leading materials science company, where she held various leadership positions in R&D and operations. In the ceramic materials division, she led the R&D for a global business servicing the hard disk drive, semiconductor, and automotive industries with novel particle technology platforms. In 2016, she joined Sage Electrochromics, a wholly owned, sustainable technology subsidiary of Saint-Gobain that pioneers smart electrochromic windows that improve building energy efficiency. As an R&D manager, she led a diverse team focused on new product and process improvements and fundamental research. In 2020, she joined the senior leadership team at Sage as vice president for quality and regulatory. At Niron, she will leverage her materials expertise to refine the final processing and formation steps for the Clean Earth Magnets. Carlijn completed a BSc and MSc in Applied Physics at the Delft University of Technology in the Netherlands and earned her Ph.D. in Electrical Engineering and Computer Science at MIT.

Peter Ladwig, Ph.D., vice president, nanoparticle technology joins Niron following nearly 20 years with TDK Hutchinson Technology. During that time, he held several R&D and operations roles including senior director of technology development and senior director of engineering. Peter led teams that developed a new additive process technology platform and employed it to successfully deliver over a billion units to the hard disk drive industry. At Niron, he will leverage his expertise in the thermodynamics of nanoscale magnetic materials to lead the company’s nanoparticle powder research and development efforts. Peter graduated with honors from Marquette University with a BS in Mechanical Engineering, went on to obtain an MBA, and earned his Ph.D. in Materials Science from the University of Wisconsin. He is a co-inventor of 27 granted U.S. Patents with many more corresponding international patents and has dozens of technical publications and conference presentations. He has served as a Department of Energy technical reviewer on numerous projects over the last 14 years.

“The 20 years I spent in R&D and operations for a global high-tech company honed my passion and drive to lead new technology commercialization, from invention to development, to high-volume implementation,” said Peter Ladwig, vice president for nanoparticle technology at Niron Magnetics. “Joining Niron alongside these other impressive executives presented a rare opportunity to apply that passion to develop and launch a truly new, game-changing technology that can have a massive positive impact on society.”