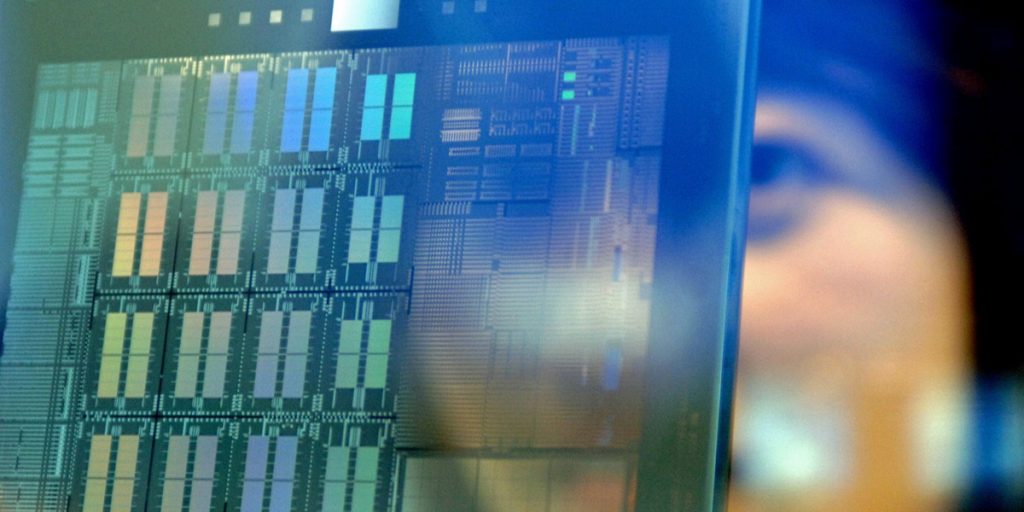 Earlier this year, the chip shortage seemed like it might ease sometime in 2022. Now, that forecast appears to have been optimistic. “The shortages are going to continue indefinitely,” Brandon Kulik, head of Deloitte’s semiconductor industry practice, told Ars. “Maybe that doesn’t mean 10 years, but certainly we’re not talking about quarters. We’re talking about years.” It is becoming clear that snarls in the semiconductor supply chain are weighing on economic growth. Yesterday, both GM and Ford said that missing chips led to slashed profits for the third quarter, and Apple is rumored to be cutting this year’s production targets for its iPhone lineup, the company’s cash cow. Chip woes have become so widespread that a division of Wells Fargo thinks the pressures will curtail US GDP growth by 0.7 percent.

As with many thorny problems, the causes of the chip shortage are myriad, and none of them has a quick fix. For one, people keep buying new phones, tablets, and laptops, and they continue to use network-heavy services like video streaming, video conferencing, and more, which increases data-center use. “Demand just keeps continuing to grow in general across nearly all markets,” Kulik said. That appetite has collided head-on with a variety of supply shortages. Recently, substrates that make up printed circuit boards have become scarce. Compared with advanced semiconductors, PCBs are relatively low-margin and easy to manufacture. Most chip companies don’t make their own, but without PCBs, semiconductors can’t talk to other chips in a computer. The companies that do make the boards don’t make a lot of profit that they can reinvest in expanding production. Making matters worse, a fire at a major substrate factory in July 2020 took a significant source offline. As a result, PCB factory capacity is expected to lag demand in the coming years. The crunch has become so acute that Intel CEO Pat Gelsinger brought it up on his company’s most recent earnings call.

Even the world’s richest semiconductor manufacturers are swamped, and they’re a long way away from being able to meet demand. New fabs take years to build and optimize, and companies are hesitant to invest if they think surges in demand will be temporary. While demand is up, whether or not it will persist beyond the pandemic is unclear. Companies are loath to invest in a new fab if there’s a strong possibility that it won’t be running 70 percent of the time. Fabs are just too expensive. “If you’re running at 60 or 70 percent utilization, you’re probably losing money,” Robert Maire, president of Semiconductor Advisors, told Ars. Leading-edge fabs cost around $5 billion–$10 billion, multiple times what they cost a decade or two ago. As manufacturing techniques have advanced, the buildings themselves get more costly to construct, and the machines that make the chips have grown more expensive. The latest tools use extreme ultraviolet lithography, which is required to produce chips with features smaller than 7 nm, and they sell for upward of $120 million.

Despite the eye-watering costs, many manufacturers are incrementally adding capacity with new buildings at existing facilities, Kulik said. Bigger projects are in the works, too. Intel, Samsung, and TSMC have all announced new fabs in recent months. But those won’t come online for years, in part because the facilities need a host of supporting infrastructure, from power plants to freshwater supplies. New fabs also need to be staffed. “There’s also a talent shortage going on right now,” Kulik said. “It’s not just that we need more manufacturing lines, it’s that we need more people.” Universities, community colleges, and companies are working to boost the number of trained workers, but those efforts will take time to bear fruit. Numerous other problems have piled on, ranging from factory fires to shipping delays. In March, a fire tore through a fab owned by Renesas Electronics. The Japanese company was a key supplier for the automotive industry, and it was already working overtime to make up for the loss of capacity at Asahi Kasei Microdevices, another automotive supplier, which had a fire in one of its fabs in October 2020.

Shipping delays that have plagued so many other businesses haven’t skipped the semiconductor industry, either. Chips frequently zip around the globe as they go from silicon wafer to final product. Other setbacks have been more temporary but still damaging. The February deep freeze in Texas, which took out half the state’s power generating capacity, set back production at Samsung’s fab in Austin. And this summer, a COVID outbreak in Malaysia forced chip-packaging plants to shut down.

All of that has contributed to lengthening lead times. At the end of last year, it took 13 weeks for a typical order to be fulfilled; now it’s taking almost 22 weeks. Buyers aren’t helping. Before the pandemic, many had embraced lean manufacturing, a method that calls for companies to hold very little inventory of component parts. But now, as lead times stretch on, companies are placing more orders and holding more inventory in the hope that they won’t get caught without the chips they need. “I’ve spoken to users of semiconductors who used to do just-in-time manufacturing,” Maire said. “They have gone to stocking literally a year’s worth of parts to counteract any potential shortages.”
As manufacturers add incrementally to existing facilities, Kulik said we could see some shortages easing sooner than others. Such additions typically take between 12–18 months to complete. Entirely new fabs, though, take two to three years, he said. Given today’s long lead times, incremental capacity may not be enough. “I expect there to be a shortage until a lot of the new capacity comes online,” Kulik said.