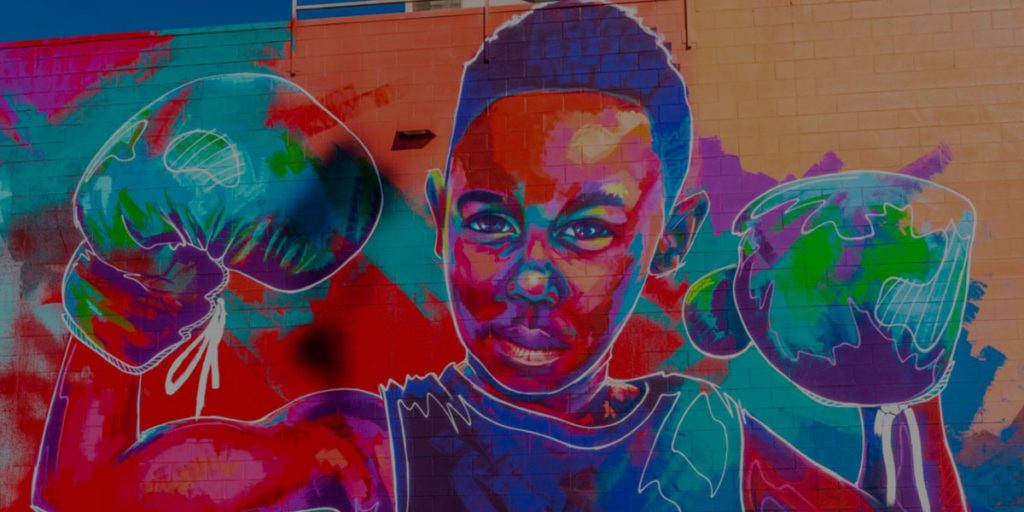 Mention the word “graffiti,” and many people’s thoughts immediately turn to vandalism in the form of defacement of property. But there is also graffiti that rises above such negative connotations and qualifies as bona fide street art. Think of the commemorative murals created after the death of NBA All-Star Kobe Bryant and his daughter Gianna; the Black Lives Matter logos painted on the streets in New York City, and along 16th Street in Washington, DC, last year amid ongoing protests; and the works of Banksy, Eduardo Kobra, and the countless other less well-known artists around the world, who embellish our streets with their work.

Street art, in turn, is vulnerable to vandalism, posing unique challenges to those seeking to preserve these rather ephemeral creations. This week, a team of Italian scientists described its novel, environmentally friendly new method to safely remove defacing over-paintings on street art at a meeting of the American Chemical Society (ACS). “For decades, we have focused on cleaning or restoring classical artworks that used paints designed to last centuries,” said co-author Piero Baglioni, a chemist at the University of Florence and principal investigator on the project. “In contrast, modern art and street art, as well as the coatings and graffiti applied on top, use materials that were never intended to stand the test of time.”

The Florence scientists have been pioneers in the science of art conservation for nearly 30 years, according to co-author Michele Baglioni, also with the University of Florence (and no relation to Piero Baglioni)—specifically in the areas of chemistry and colloidal science. Their interactions with restorers and conservators over the years provided useful feedback, as they built up an extensive interdisciplinary network. Art work by graffiti artist Banksy, depicting a prisoner escaping with a typewriter—a tribute to one of its famous former prisoners, Oscar Wilde—in Reading, England.

The challenge with preserving street art lies in the fact that the over-painting by vandals is so chemically similar to the original painting underneath. That makes it more difficult to selectively remove just the over-painting (which can be just a few microns in depth) without damaging the original. “It’s a kind of art that is not designed to last long, so we have to know exactly what is going on at the surface of the paintings if we want to design [effective] cleaners,” said Michele Baglioni at an ACS virtual press conference. “In some respects, the chemistry is simple—we are using known surfactants, solvents, and polymers. The challenge is combining them in the right way to get all the properties we need.”

The coloration in paints comes from pigments or organic dyes, and binders (usually polymers) help bind the color particles together. There are many different kinds of binders, and the Florence team selected three classes that are used on spray paints and other paints used most frequently in street art: acrylic, vinyl, and alkyd polymers. The scientists specifically examined three different binder brands and four different colors for this study, although their past work has included a wide range of colors and brands. That experience has revealed that there really isn’t much difference between brands, but different colors sometimes interact differently with different fluids, because sometimes the pigment used can act as a catalyst, or trigger chemical modifications in the polymeric binders. The scientists’ prior work also showed that alkyd-based paints are harder to remove than vinyl and acrylic paints, because alkyd binders tend to cross-link, thereby losing their initial solubility in organic solvents.

For this latest study, the scientists first used infrared spectroscopy to characterize the binders, fillers, and pigments in all three classes. Next, they used X-ray scattering on four alkyl carbonate solvents and a biodegradable surfactant to observe how each behaved in water. From this, they devised a nanostructured fluid with the most effective combinations for cleaning, and they loaded it into a hydrogel. The final product is not a gel-like jam or a hair gel. Rather, these hydrogels are synthesized in the form of thin foil sheets. The sheets can be shaped with scissors or a knife, then placed on the surface one wishes to clean. (The gel adheres easily even to vertical surfaces like walls.) Leave a sheet for a few minutes—not too long—and then just peel it off. The over-paint will be softened and swollen, and it can be easily removed by gentle mechanical action. Should you accidentally leave the gel on too long, Michele Baglioni advised just letting it dry as the solvents and water evaporate, being careful not to try to wipe anything away. This should avoid any harm to the underlying painting.
Advertisement

The Florence team conducted dozens of laboratory tests on mockups of street art, successfully removing the various samples of over-paints. As a final step, the group tested the hydrogel on an actual piece of street art in Florence, successfully removing several black tags. Different hydrogels are designed for different types of surfaces. It’s possible to “tune” the gels to make them stiffer or more elastic; the latter are better suited to rough surfaces. But it’s what’s inside the hydrogel that is most critical: the cleaning fluid. Vinyl, alkyd, and acrylic have similar solubility in organic solvents, so the best cleaning fluid is one that can interact with all three classes of binders.

But is this really better than conventional chemical and/or mechanical methods for removing over-painting? Michele Baglioni argues that it is, even if they use the same organic solvents. In the former case, those solvents are unconfined; in the Florence group’s system, the solvent is confined in tiny droplets of water stabilized by a surfactant, all of which, in turn, is confined in a gel. In addition to reducing the amount of solvents used, this means the fluid inside is released slowly to the surface, giving better control of the cleaning action. That makes selectively removing over-painting easier, because you can better control how much the solvent penetrates, stopping the process before it reaches the underlying paint.

As for simple mechanical methods, like scalpels or abrasion, “They are either too invasive and harmful to the original art or too expensive,” Michele Baglioni said. In the case of more advanced technologies, like laser ablation, they require expensive instruments that are not easily portable and are often not as effective. “So we think that we proposed a simpler solution [that is] much more controlled and much more effective in achieving selective removal,” he said. The hydrogels are also cheaper to produce.

The two Baglionis and their colleagues are confident their system could also easily be used to repair vandalized oil paintings and other fine art, not just street art. And the hydrogels should soon be available commercially from a university consortium co-founded by Piero Baglioni: CSGI Solutions for Conservation of Cultural Heritage. “They seem to be quite far apart, but science and art are very strictly connected,” Michele Baglioni said. “Talking about art restoration, art preservation is like talking about materials. This is the first systematic study on the selective and controlled removal of modern paints from paints with similar chemical compositions. We hope that the whole conservation community will benefit from the development of our systems.”