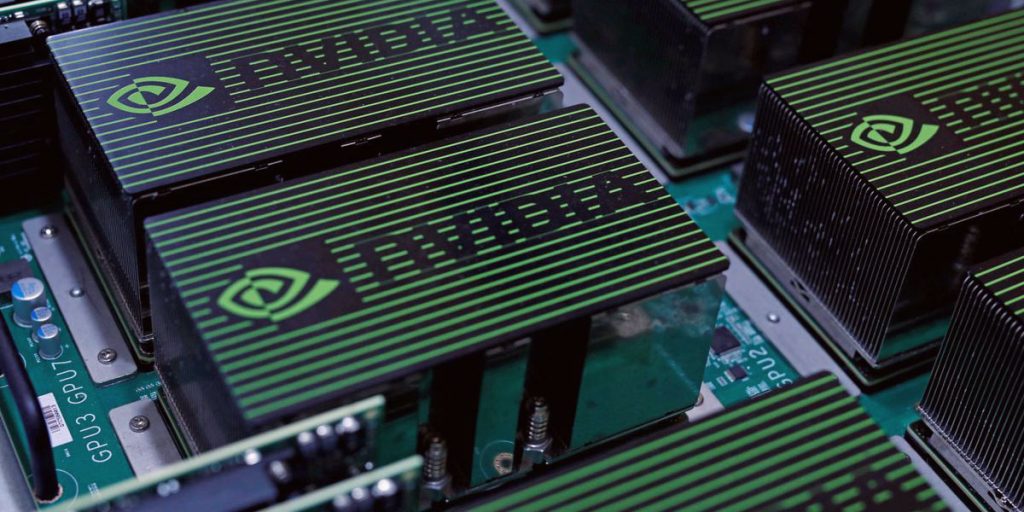 Nvidia Corp (NVDA.O) forecast second-quarter revenue above analysts’ estimates on Wednesday, but shares fell 1% after-hours as the company could not say for certain how much of its recent revenue rise was driven by the volatile cryptocurrency-mining market. Demand for Nvidia graphics chips for video gaming boomed through the pandemic. This added several years of rapid sales growth for data center chips used in artificial intelligence applications such as image recognition.

But on Wednesday investors again seemed put off by a surge in purchases of Nvidia chips for cryptocurrency mining, which tends to occur when the value of the currencies rises. To distinguish volatile demand for crypto-mining chips from its other more stable business lines that investors are tracking closely, Nvidia has tried to use technical changes to steer miners away from its gaming chips and toward purpose-built chips for mining. Nvidia said those crypto-specific chips brought in $155 million in its first quarter. The company said crypto miners also gave its much larger gaming chip segment a boost but it was not sure by how much. Crypto-specific chip sales are expected to rise to $400 million in the second quarter, the company said.

In an interview with Reuters, Chief Executive Jensen Huang said making gaming chips less suitable for miners helps keep them available for gamers. “It effectively increases our production and supply” of gaming chips, Huang said. Nvidia also said it still expects to close its $40 billion deal to purchase British chip technology firm Arm Ltd by March 2022. The deal has drawn scrutiny from regulators in the United States and Britain and also needs approval from European and Chinese authorities.