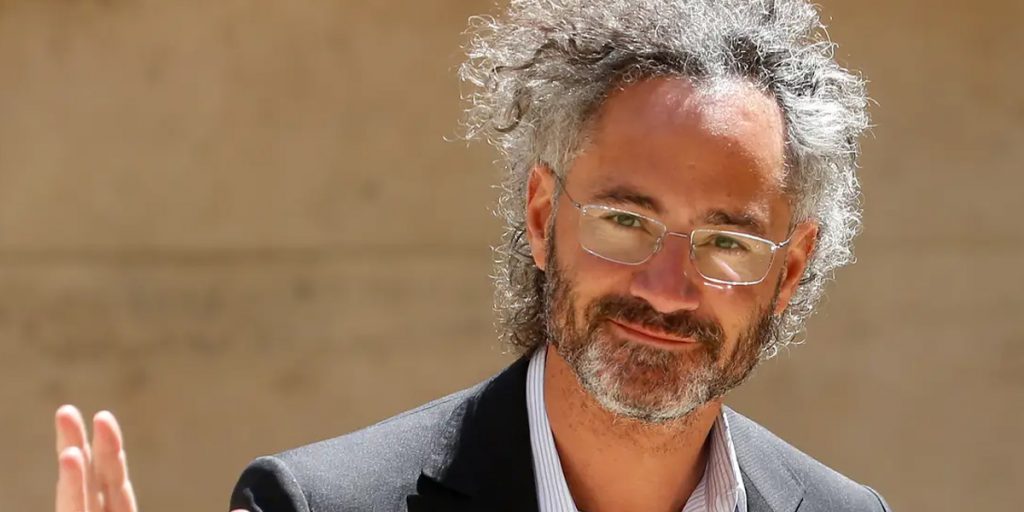 During an event hosted by the Executives’ Club of Chicago last week, Palantir chief executive Alex Karp revealed an important, if not particularly surprising, insight into the world of the capitalist elite: company lawyers tell him that it’s his job as CEO to evade questions from journalists and even want him to attend workshops to learn how to better keep the public uninformed.

“I’m not just trying to evade your answer [sic] ‘cause that’s my job, apparently,” Karp says in response to a question about which Silicon Valley companies are harming society, which he evades. “My lawyers tell me my job is to evade the answers of journalists and never answer a question. And by the way, they want to get me into these workshops so I learn to evade answers better and never say anything, however, so far I’ve evaded them.”

That last bit is surprising given his expert non-answer to repeated attempts to get him to name a specific company, but let’s take Karp at his word. That the lawyers at a major tech company subject to frequent critical reporting (which could also describe Amazon, Facebook, or many other corporations) believe it’s a top priority to train executives in the art of evading public scrutiny is in line with the increasingly antagonistic posture of the tech industry.

Despising journalists is by now an embedded feature of Silicon Valley (this is also a defining feature of its favorite app, Clubhouse), and large tech companies today often rely on a pattern of evasion, bullying, and even lying in order to suppress critical coverage. On Wednesday, for example, Amazon publicly denied that Amazon workers pee in bottles on the job, despite it being incredibly well-documented and reported by the media.

Palantir has relied on evasion and obfuscatory hair-splitting in the past, chiefly regarding the nature of  its work for US Immigrations and Customs Enforcement.

Palantir has often insisted that while it provided tech to ICE, it was not used in deportations. Palantir claimed in a December 2018 statement to the New York Times that it solely worked with the Homeland Security Investigations wing of ICE, which was responsible for “cross-border criminal investigations” but did not work with Enforcement and Removal Operations, which it said was “responsible for interior civil immigration enforcement, including deportation and detention of undocumented immigrants.” The reality is that both departments ultimately contribute to deportations, and previous reporting has indicated that ERO agents use Palantir’s technology.

Ironically, given his comments about evading the media, it was Karp himself who eventually accidentally admitted in an interview last year to helping ICE find and ultimately deport undocumented migrants after years of denials. The company also separately confirmed it helps ICE deport undocumented migrants in a letter to Amnesty International that was meant to dismiss the accusations. Karp has let it slip that the company’s products help kill people, and during the Executive’s Club interview he claims that “we power most of the clandestine services in Europe.”

We would like to congratulate Alex Karp on ignoring his lawyers’ advice and wish to encourage him to continue doing so.