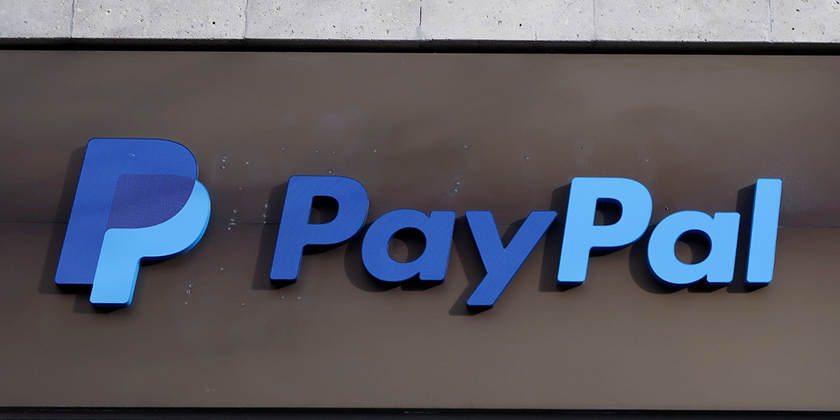 PayPal Inc (PYPL.O)said it is not pursuing an acquisition of Pinterest Inc (PINS.N) at this time after several media reported last week that it was in talks to buy the digital pinboard site for as much as $45 billion. The latest development, which dashed the prospect of Pinterest getting access to PayPal’s massive user base, sent the social media platform’s share price down over 12%. Reuters and other media reported on the deal talks on Friday, when sources said that PayPal had offered $70 per share, mostly in stock, for Pinterest. PayPal did not provide additional details Monday in its one-line statement. Both companies did not respond to further requests for comment. Tien-tsin Huang, a payments analyst at JP Morgan, said that a Pinterest deal would bring “significant integration risk” for PayPal, notably in terms of culture and execution. “Running a platform primarily focused on driving user engagement and advertising would require PayPal to use muscles it isn’t accustomed to using,” said Huang in a research note to clients.

Pinterest is grappling with the twin challenges of losing its co-founder Evan Sharp and a slowdown in user growth that has hampered its future prospects. Some analysts now think Pinterest could attract interest from other bidders down the road. “We believe PINS is likely to still be viewed as a potential target given its reasonable valuation compared to other social media peers and sharp share decline the last several months, given an anticipated sharp deceleration in subscriber growth,” said Angelo Zino, an analyst at CFRA, in a note on Monday. Aided by a boost in online payments in e-commerce during the COVID-19 pandemic, PayPal’s shares had risen over 35% in the past 12 months, giving it a market capitalization of nearly $320 billion, prior to the reports on its talks with Pinterest. Since then, PayPal’s shares have shed 12% of their value, with experts and analysts blaming the poor investor reception for the talks collapsing, while others highlighted challenges around integrating Pinterest within PayPal. PayPal’s shares rose 3.6% following the company statement late on Sunday. Pinterest’s shares, which had surged 13% after the deal talks were reported last week, gave up nearly all its recent gains and slumped about 12% to $51.1 per share.

Sharp founded the online scrapbook and photo-sharing platform in 2010 with Ben Silbermann, who is the company’s chief executive officer, and Paul Sciarra, who left in 2012. Earlier in October, Sharp said he would step down as chief creative officer to join LoveFrom, a firm led by Jony Ive, the designer of many Apple Inc (AAPL.O) products. As lockdowns have eased globally, Pinterest has warned about slowing user growth, especially in the United States, which accounts for a majority of its user base. Pinterest has said it expects growth mainly through deeper engagement with existing users, rather than new sign-ups. In the June quarter, Pinterest’s overall monthly active users (MAUs), a widely watched metric, rose by only 9% to 454 million, after having jumped 30% in the prior quarter.

The Pinterest deal would have been the biggest acquisition of a social media company at the reported price and one of the largest tech deals in history, far surpassing Microsoft Corp’s (MSFT.O) $26.2 billion purchase of LinkedIn in 2016. It would have also allowed PayPal to capture more e-commerce growth, as more shoppers increasingly buy items they see on social media, often following “influencers” on platforms such as Instagram, TikTok, and even Pinterest. PayPal, among the big pandemic winners, has been on an acquisition spree of late, having bought Japanese buy-now-pay-later (BNPL) firm Paidy for $2.7 billion earlier this year. It also acquired Happy Returns, a company that helps online shoppers return unwanted merchandise, for an undisclosed sum in May to bolster its e-commerce offerings and to build on its $4 billion acquisition of online coupon finder Honey Science in 2019.