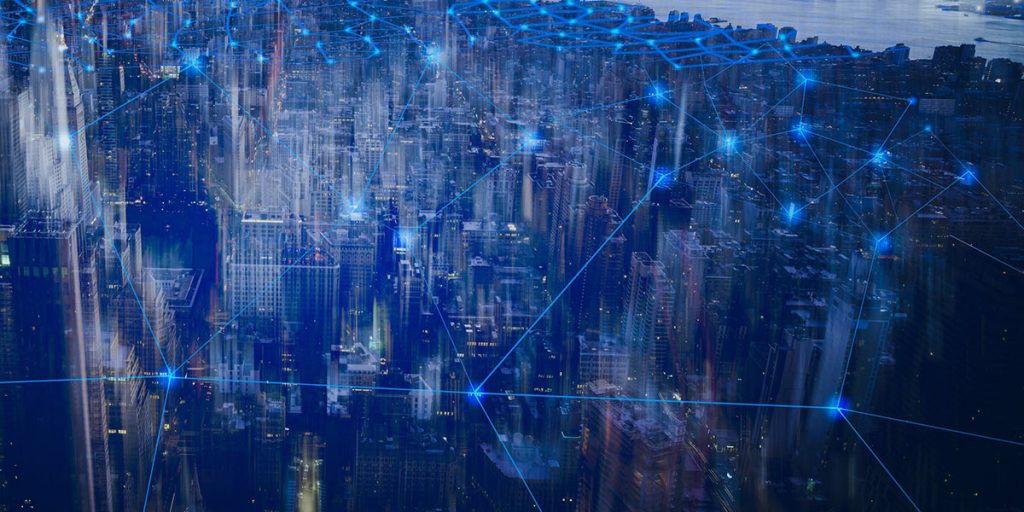 Today, pretty much every company runs its bits and bytes on servers that always need to be humming with power. As a technology entrepreneur with a background in electrical engineering who wants a better future for our cities, I ask the question: Do we have the power to do what we want as our energy needs grow?

Lately, we’ve seen blackouts in California, a deadly power outage in Texas, and pricey electricity bills that refuse to go down across the U.S. Our power needs for our technological society are growing by leaps and bounds. We want a green future of electric cars and interconnected everything. Then, there are digital assets, from Bitcoin to tokenized art to the tokenization of things, which require electricity equal to the consumption of small countries. But we can’t seem to reliably keep the lights on right now when our power needs are relatively small compared to that bright future.

We once dreamed of limitless electricity too cheap to meter, powering a paradise on Earth. But blackouts, as we saw in Texas recently, aren’t an anomaly. If we’re not careful, these blackouts could be the future.

And now we are starting a massive shift that will require even more electricity.

Welcome to the era of electric vehicles, where the future is already here (though unevenly distributed, mostly in California). There are over 275 million registered vehicles in the U.S. Nearly 7 million plug-in and hybrid EVs have been sold in the past two decades. Let’s generously assume almost all of those EVs are still on the road. That would take us to about 2.5% of all registered vehicles. It’s been predicted that by 2040, EVs will account for more than half of all passenger vehicles sold. Let’s take that as a given and assume that EVs will continue to gain ground after 2040.

For simplicity’s sake, I’m going to disregard the many different kinds of electric vehicles and use a 2020 Tesla Model 3 Standard Range Plus, which requires 24 kilowatt-hours per 100 miles, as a stand-in for EVs generally. If you drive 13,500 miles per year (the U.S. average), that’s 3,240 kWh.

So, to power 275 million EVs in the U.S., my back-of-the-napkin calculation shows we’ll need 891 billion kWh per year.

Last year, utility-scale electricity generation facilities in the U.S. produced about 4 trillion kWh of electricity. This means that just to power all the cars, close to 25% of the current electricity generated today would have to be used. True, we have about 20 to 30 years to build up the capacity.

Compound this with the fact that 84% of the world’s energy comes from fossil fuels, which we are trying to eliminate to combat climate change.

And that’s just the transportation sector, of course. We are not taking into account increased demand for electricity in other sectors.

If we are having trouble meeting our electricity energy needs right now — and we are — how will we do so when EVs are the default?

Now the question is, which power source will we use to generate the power?

We Need To Put Some More Energy Into Innovation

Contrary to popular belief, I don’t think green energy technologies will be enough. And I think we need to stop the illusion that incremental improvement of energy sources will be sufficient.

We’d need around 7.86 billion solar panels to power the U.S. with solar energy. At a width of 3.5 feet, that is about 5 million miles of panels. It would take us more than 1,700 times across the U.S. to provide for current demand. That, of course, probably assumes that the sun is shining. Solar panels don’t generate nearly as much electricity on cloudy days. The use of wind energy is increasing, and for windy Denmark or Costa Rica, that’s perfect. However, I don’t think enough attention is paid to when the wind dies and coal- or gas-powered power plant has to pick up the slack. Meanwhile, tidal power plants are limited to about 12 to 14 hours of effective use at one location. And in order to compensate for the lows and highs during the tidal cycle, the tidal power plant has to be built along the coast at a great distance.

A big issue is the capacity factor (the ratio between actual energy output and possible maximum output) for any given renewable source. While nuclear power is rated at 93.5%, hydropower is at 39.1%, wind power is at 34.8% and solar is at 24.5%.

If we want to really get power to the people, I think we must broaden our reach beyond solar, wind, and tides. Energy use is going to increase. Even if we don’t want to use fossil fuels, we still need the power to come from somewhere.

A really effective Green New Deal might focus resources and innovation on the fusion energy sector. To be fair, fusion power has only seemed remotely realistic in recent years and still may be many years away. Small modular nuclear reactors may help fill the gap if we can get over our fears of this technology. It’s as much a psychological hurdle as an engineering one. The first reactor was built more than 70 years ago, and reliability and safety have improved with newer designs.

Beyond power generation, we can also look at smart grids. Imagine if every parked electric vehicle helped power cities at night, effectively becoming a distributed battery system. This could operate like a backup power generator. These cars could start charging and power homes, hospitals, and cities.

What can a company do to hop on this new power bandwagon? Invest in innovation — through partnerships, skunkworks research and development, and literal financial investments in other new companies that are pioneering this technology.

For those with foresight and resources to spend, the power is there for the taking.