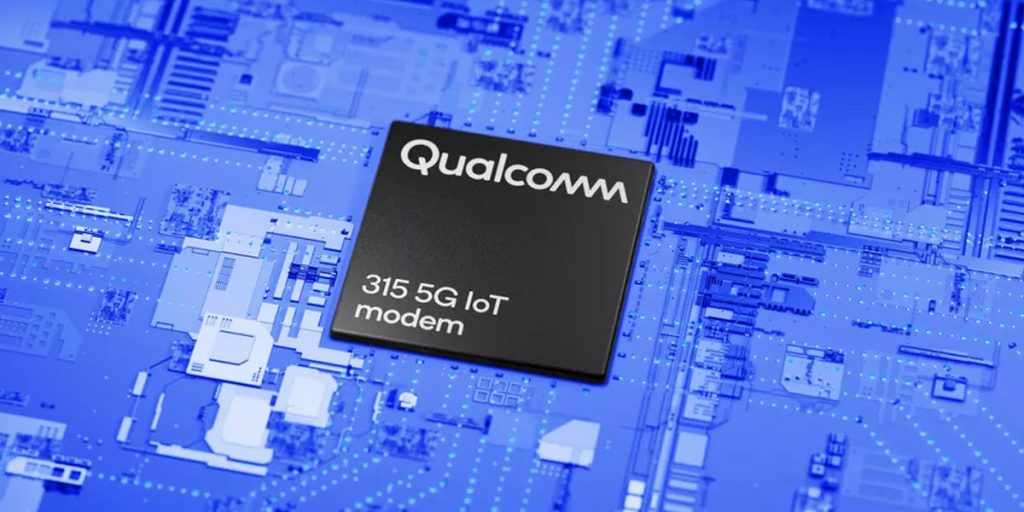 5G may soon come to robots, tractors, and self-checkout lanes, among other things, thanks to a new wireless processor from Qualcomm. On Thursday the chipmaker unveiled the 315 5G IoT modem, its first chip to link internet-connected devices to superfast 5G networks.

The processor will be aimed at industrial segments such as agriculture; automation and manufacturing; construction; energy; mining; public venues; and retail. A stadium owner could install the 315 5G IOT to bring better connectivity and coverage to game attendees, while a tractor manufacturer could use it to enable more precise data collection in fields, Qualcomm said.

To address the needs of industrial customers, Qualcomm designed the processor to be low power — which means the machines run cooler in hot warehouses — and smaller than its modems for consumer devices, letting the 315 fit in the same size package as its earlier 4G processors. That should let industrial companies easily switch 4G chips for 5G modems without having to completely redesign their machines, speeding up how quickly they can deploy them.

“Power, thermal efficiency, and size are … the key elements as to why we felt that there is a need in the market for this type of part,” Qualcomm’s vice president of product management, Vieri Vanghi, said in an interview ahead of the news. “Those are important characteristics of this chipset that make it suitable for IoT and that are meant to remove some of the friction points” that prevent Qualcomm’s mobile-focused processors from appealing to customers in the IoT sphere. IoT refers to the internet of things, or devices — from refrigerators to cars to factory machines — that can communicate via the internet.

The heavily hyped 5G technology runs between 10 and 100 times faster than today’s typical 4G cellular connection, and it’s much more responsive than 4G and Wi-Fi. 5G provides more capacity on the network, letting a greater number of devices be connected at the same time. And it’s more reliable than other wireless connections. The initial hype around 5G has been all about mobile, but the technology has the ability to transform more than just phones. And Qualcomm wants to be the company providing the modems to connect everything to 5G networks.

The 315 runs on the slower but more reliable type of 5G known as sub-6GHz. One version of the chip also comes with 4G connectivity for customers who aren’t ready to go all-in on 5G. It’s capable of downloading data at up to 1.54Gbps and uploading data at up to 330Mbps.

“Sub-6GHz is what the industry requires, for good reasons,” Vanghi said. “Most of the applications … even the ones that relate to robots and control, those are not high volume data. … Those require low latency, [but] they certainly don’t require high data rates.”

Right now most 5G networks in the US are something called non-standalone. They need 4G as the anchor to make that initial handshake between a phone and network before passing the device along to a 5G connection. The next version of 5G networks, called standalone, lets a phone go straight to 5G, speeding up the connection and improving the power consumption.

The 315 operates in standalone mode, which is only deployed by T-Mobile (and formerly Sprint) in the US. The processor, because of its standalone capabilities, will arrive first in Europe and China and later expand to Japan. It’s unclear if customers in the US will use the technology, Vanghi said.

Qualcomm’s 315 5G IOT modem will ship this week to customers and will likely appear in devices later this year and early next year.