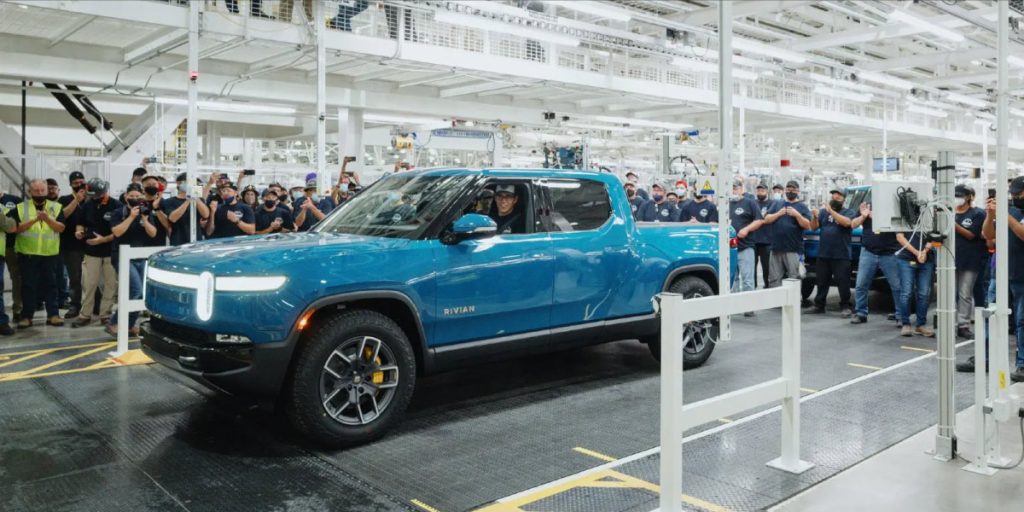 At the start of the month, Rivian achieved a major milestone. The Environmental Protection Agency published official range estimates for the company’s R1T pickup truck and R1S SUV, putting both vehicles one step closer to an official launch. Rivian has now hit another important milestone.

In a tweet spotted by Roadshow, Rivian founder and CEO RJ Scaringe announced on Tuesday that the company produced its first R1T EV for a customer. “After months of building pre-production vehicles, this morning our first customer vehicle drove off our production line in Normal,” Scaringe wrote on Twitter. “Can’t wait to get these into the hands of our customers!”

Getting to this point has been something of a journey for Rivian. The company had initially planned to start deliveries of the R1T in 2020 but was forced to delay the truck’s debut to 2021 when it couldn’t get its manufacturing facility, a former Mitsubishi plant, retooled quickly enough. The coronavirus pandemic only added to the automaker’s problems, forcing it to push bach the launch of the R1T and R1S from July to September. “Everything from facility construction to equipment installation, to vehicle component supply (especially semiconductors), has been impacted by the pandemic,” Scaringe wrote at the time.

But even with you factor in those setbacks, the R1T is making its way to consumers before the Tesla Cybertruck and Ford F-150 Lightning. Both of those vehicles won’t debut before the start of 2022.