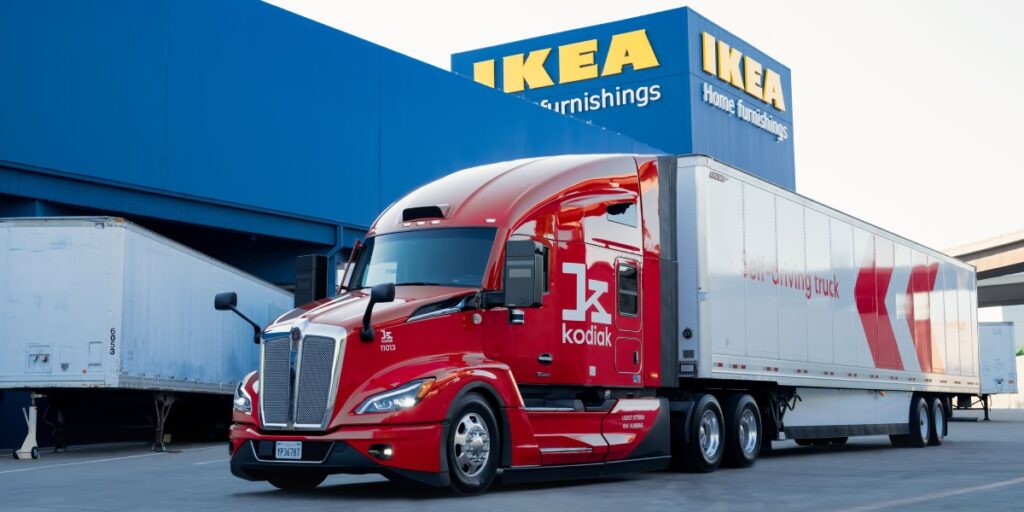 Kodiak, a Silicon Valley-based developer of autonomous truck technology, is expanding its business with a $49.9 million contract from the U.S. Defense Department to help develop software for an offroad robotic vehicle the Army wants to use for future combat applications.

During the 24-month contract, Kodiak will help create the guidance system as part of the DoD’s Ground Vehicle Autonomous Pathways project that’s aimed at removing humans from dangerous military operations. In addition to supplying software and sensor systems for the autonomous military prototypes, Kodiak will also work to develop a teleoperations system for the vehicles, allowing them to be guided when necessary by remote human operators. In addition to Kodiak, California-based Applied Intuition is also supplying technology for the futuristic fighting vehicles, the Defense Department said.

“We’re going to be applying our commercially developed autonomy system to offroad, unstructured environments for ground autonomy and autonomy uses for the U.S. Army, specifically focused on surveillance and reconnaissance-type applications,” Don Burnette, founder, and CEO of Mountain View-based Kodiak tells Forbes. “I, like many in the U.S. in the AV space, got into this to save lives. . . . We think there are natural extensions into saving the lives of our men and women in uniform.”

On city streets, self-driving cars have stalled out from their initial promise, but military uses like this add to the list of other applications for the technology, including autonomous tractors and trucks for agriculture and mining, not to mention the trucking applications Kodiak is working to commercialize. It also represents something of a return to the origins of driverless vehicles as a series of technical competitions in the early 2000s sponsored by the Defense Advanced Research Projects Agency, or DARPA, which kick-started the self-driving car industry.

“There has been a revolution in the techniques and capabilities of uncrewed ground vehicles occurring in the private sector over the past two decades,” Kevin O’Brien, technical director for the Defense Innovation Unit, said in a statement. “We’re eager to bring these matured technologies back into the Department of Defense, where initial work was inspired by the DARPA Grand Challenges.”

In the near term, the DoD contract provides Kodiak with much-needed revenue as the company doesn’t expect its robotic trucks to be a commercial business until 2025.

The contract is also a positive development given the turmoil in the autonomous vehicle space. Well-funded Argo AI, which had raised more than $3 billion from Ford and Volkswagen, shut down in October after its automotive backers determined the technology would take too long to perfect. Meanwhile, robotic truck rival TuSimple has been rocked by a management and board shake-up in recent weeks that resulted in the dismissal of most of its board members. Yesterday, TuSimple also said its development partnership with truckmaker Navistar had ended.

Though Alphabet Inc.’s Waymo and General Motors-backed Cruise continue to build up their robotaxi operations, industry analysts expect to see more consolidation in the autonomous vehicle space in the months ahead as competition tightens and the initially large field of contenders is reduced due to the lack of resources or technological issues.

“We’re currently not in any conversations about consolidation, but as companies get more desperate, I think you’re going to see some interesting moves,” Burnette said.