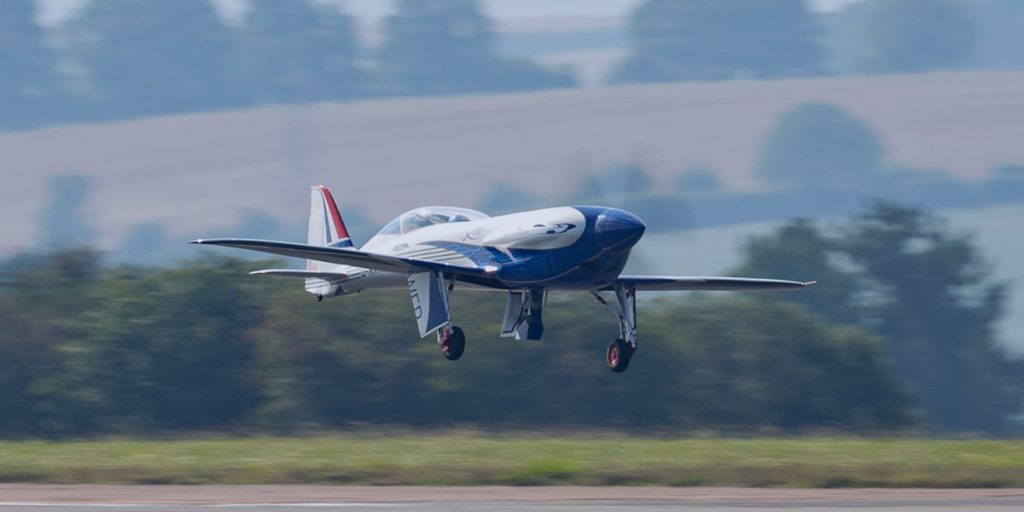 Rolls-Royce, best known in aviation for its jet engines, has taken an all-electric airplane on its maiden voyage. The “Spirit of Innovation” completed a 15-minute flight, marking “the beginning of an intensive flight-testing phase in which we will be collecting valuable performance data on the aircraft’s electrical power and propulsion system,” the company announced.

Rolls Royce said the one-seat airplane has “the most power-dense battery pack ever assembled for an aircraft.” The aircraft uses a 6,000 cell battery pack with a three-motor powertrain that currently delivers 400kW (500-plus horsepower), and Rolls-Royce said the aircraft will eventually achieve speeds of over 300 MPH.

The flight comes about a year after the originally scheduled takeoff and about six months after taxi trials. Rolls-Royce is also developing an air taxi with manufacturer Tecnam, with the aim of delivering an “all-electric passenger aircraft for the commuter market,” according to the companies. It has previously teamed with Siemens and Airbus on another e-plane concept.

Aircraft companies have been exploring electric airplanes for a number of years, as air travel and cargo accounts for an increasing amount of greenhouse gases. The World Wildlife Foundation has called it “currently the most carbon-intensive activity an individual can make.”

Weight is a much bigger problem for airplanes than it is for cars, however. Ford’s all-electric Lightning pickup weighs 1,800 pounds more than the gas-powered model and offers a range that’s slightly under half. However, if you added 1,800 pounds to a Cessna 206 Turbo Stationair, you’d exceed its useful load by 500 pounds before you even loaded passengers (or the pilot) — so it wouldn’t even get off the ground.

The project was half funded by the Aerospace Technology Institute and UK government, with the aim of eventually creating all-electric passenger planes. “This is not only about breaking a world record; the advanced battery and propulsion technology developed for this program has exciting applications for the Urban Air Mobility market and can help make ‘jet zero’ a reality,” said Rolls-Royce CEO Warren East.