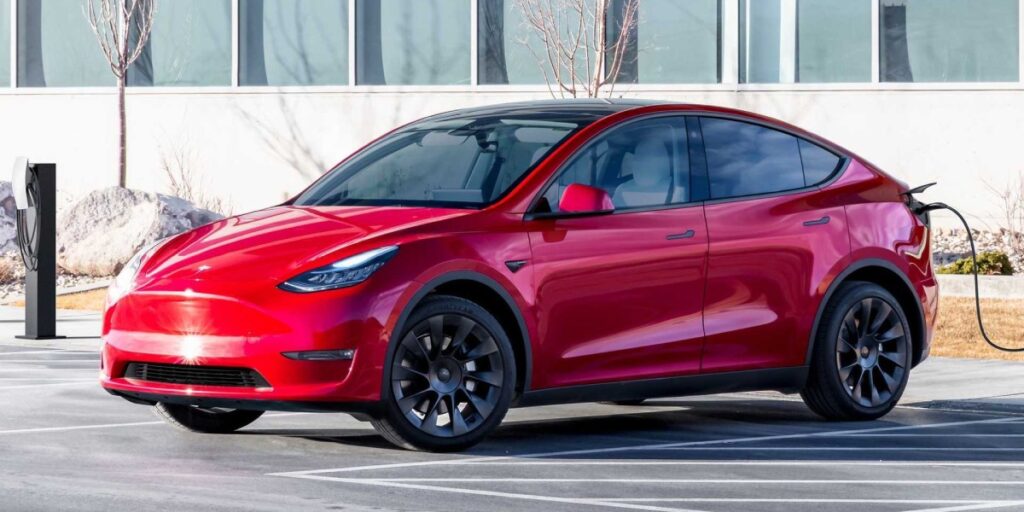 Yesterday, Ron Baron went on CNBC to discuss Tesla and the future of Tesla. Here are some of Ron Baron’s predictions about Tesla. There is some math you can do about Tesla based on calculations and statements Elon Musk and Tesla have made. This generally will demonstrate the growth of Tesla and where it will be in the future. Napkin math is the term for doing simple calculations in order to see where something will be in the future.

20 million cars in 8 to 10 years is a fair estimate. $50,000 for each car seems high if you don’t include FSD. You could lower these numbers to $40,000 per car and 20% margins, which gives you about $160 billion in operating profit. You still get a huge company just based on auto sales.

Ron’s numbers don’t include autonomous vehicles or robots. The long-term case for Tesla looks pretty good for just vehicles. Even if you don’t think FSD is going to go anywhere, you still have a pretty good auto business.

If you are confident in Tesla’s AI capabilities, then you are willing to bet that autonomous vehicles will expand Tesla’s addressable market by an order of magnitude. Even without those, Tesla’s valuation looks pretty good in about 8 to 10 years’ time.

Tesla stated they have a goal of 20 million vehicles by 2030 and Ron Baron seems to think that this will be possible. I think Tesla will have to work really hard to get there and they will have to create a lower-priced model that is less than $30,000 in order to do so.

What do you think about Ron’s valuation of Tesla for 2030? Is this reasonable?

Elon MuskRon BaronTesla's Future 2030
Previous ArticleAfter a Cyberattack on the Tech Company PNORS Technology Group, the Data of Victorians Is at RiskNext ArticleThe Resolution of Xbox Cloud Gaming Has Been Improved on ChromeOS and Steam Deck