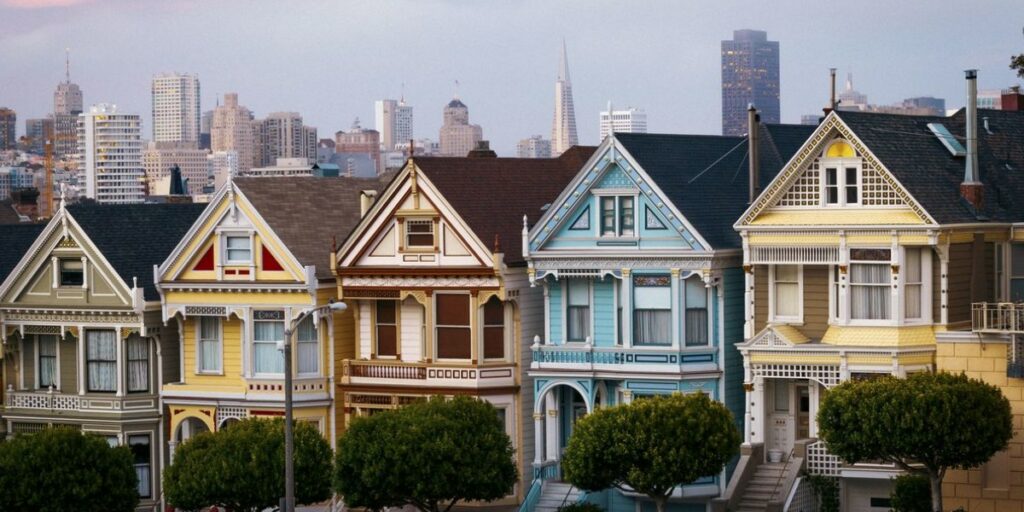 The drumbeats of bad news just keep coming for San Francisco, already one of the US cities hit hardest economically by the pandemic. The tech boom that supercharged the region’s economy is careening to an end. Local giants such as Apple Inc. and Google plan to slow hiring, while Tesla Inc. and Lyft Inc. have cut jobs already. The notoriously pricey housing market is rapidly cooling. And office workers and tourists have been slow to return to the city’s downtown.

Those colliding macro forces make the next several months critical to the tech hub as it tries to limit bigger hits to its economy. The city is embarking on its most ambitious push yet to revive its downtown, with initiatives such as hiring so-called ambassadors to welcome commuters and visitors, along with tapping vacant commercial space and public areas for recurring events, markets and festivals to lure them.

It’s part of an effort for San Francisco to shake the perception that it’s losing appeal as a desirable place to live and visit after the pandemic accelerated an exodus of residents – the most by share among US cities. The area’s homelessness crisis and headlines of high-profile crimes have done little to help bring back the workers and international tourists who spend money and lift up its broader economy. The recent recall election of a progressive district attorney drew national attention to the deepening frustration among residents in the liberal bastion.

“There has been a narrative out there that has not kept pace with the reality and the improvements we’ve seen here on the street,” said Kate Sofis, director of the city’s Office of Economic and Workforce Development. “When people are making decisions about where to live or where to work or where to visit, we are competing as well with other US cities.”

The stakes are high for San Francisco, whose central district accounted for most of its economic output and jobs pre-pandemic. The office market ranks among the weakest in the nation, with rents falling and vacancy rates climbing through the first half of this year, according to Jones Lang LaSalle Inc.

San Francisco consistently ranks at or near the bottom of a list of 10 US metro areas for the share of workers back at their offices, data from security company Kastle Systems shows, as tech companies embrace flexible policies to attract and retain talent. Every few weeks seem to bring an announcement of a notable firm giving up space, most recently with the city’s biggest private employer, Salesforce Inc., deciding to lease 40% of one of its massive towers.

At the same time, tech-industry upheaval and the prospects of a global recession loom as broader economic threats. Economists from San Francisco-based Wells Fargo & Co. delivered a particularly dreary message in a report this month, saying the region “appears to be leading the state and nation into recession.”

“The only thing certain about the future of San Francisco’s economy is that the next several years are sure to be challenging ones,” they said. “Lower-cost tech hubs, which are gaining in size and stature across the country, are quickly whittling away at the region’s tech workforce, San Francisco’s primary competitive edge.”
Of course, booms and busts are long a part of the history of San Francisco, a place with a relatively small population – with about 815,000 people, it’s California’s fourth-largest city – that nonetheless holds an outsized role in tech and culture. It’s experienced major downturns before only to come back stronger than ever, and some have argued that a cooldown is welcome in an area where the median home price has surged past $1.5 million.

Mayor London Breed has made bringing back workers and tourists one of her key goals, including embarking on a 10-day trip to Europe in March to promote her city. There have been gains: Domestic travel at San Francisco International Airport stands at 80% of pre-pandemic levels, the city’s controller said. And London’s Heathrow Airport has more airline seats to the airport this summer than it did in 2019, according to the San Francisco Travel Association.

Next year’s conventions so far will draw 645,900 attendees and reserve 760,788 hotel room nights, more than double from this year, according to the tourism group.

“We still need to get the Asian markets back for us to get to be a 100% like we were before the pandemic,” said Joe D’Alessandro, the association’s president and chief executive officer. “But we’re feeling more optimistic now than we have in a long time.”

Still, San Francisco’s recovery in tourism trails that of other cities. By just one metric, it has had the biggest drop in hotel revenue per available room of US cities compared with 2019, data firm STR said. The city needs business travelers – who spend more than leisure visitors –  to return. But having fewer employees in the office depresses the need for such travel.

The breed has urged companies to implement policies for their workers to return, even drawing pledges in March from some to do so. The city itself will require its employees to work in person three days a week starting Sept. 6, up from the two-day minimum set in November.

City officials are focusing on removing barriers to in-person work, such as ensuring the return of express buses to downtown, and making the area more welcoming to employees, said Sofis, the economic development director. In the two-year budget that began in July, the city is spending the most ever for its core – about $37 million – on initiatives such as the ambassador program. Clad in orange, the ambassadors stand outside transit entrances and tourist sites such as cable car stops, saying hello to passers-by and poised to answer questions and provide assistance.

Their presence could serve as a rebuttal to long-standing complaints of the city’s visible homeless population and open drug use in some areas. The favorite target of conservative media couldn’t even escape criticism during the National Basketball Association’s playoffs when commentator Charles Barkley trashed the home of the ultimate winner, the Golden State Warriors.

The mayor, up for re-election next year, has also signaled a tougher approach to the public-safety issues that contributed to the downfall of District Attorney Chesa Boudin, who took office with the promise of criminal-justice reform. As his replacement, Breed July appointed Boudin critic Brooke Jenkins, who has vowed to hold criminals accountable.

Breed succeeded in securing funding to fill about 200 vacant police officer positions over the next two years, as well as boosting starting pay and adopting retention bonuses, according to spokesperson Jeff Cretan.

“We need to invest in public safety and ambassadors and continue to do the work to keep our city clean and safe,” Breed said in a Medium post outlining the revitalization plan. “I will continue meeting with business leaders and workers, and doing everything we can to make our city more welcoming for everyone.”

Meanwhile, organizations such as the San Francisco Downtown Community Benefit District are focused on “reimagining downtown” as a place not just for workers, but for tourists, day trippers, and residents of the Bay Area on their nights out, said Robbie Silver, executive director. Indeed, it’s dropping “financial district” from its terminology.

“We have to really pivot hard now, and that’s what we’re trying to do,” Silver said. “Time is extremely limited.”

Over the next six months, city officials will monitor how the office market stabilizes and if their programs spark improvements in metrics such as higher commuter numbers, Sofis said.

It would have to be a “huge ad campaign” to dislodge the negative view of San Francisco, said Mark Peterson, president of an Austin, Texas-based semiconductor-product vendor. While visiting the city’s convention center for a conference this month, he said he felt safe going to and from his hotel, but “go a few blocks, and it’s needle alley.”

“It’s got a bad reputation now,” Peterson, a regular visitor, said of San Francisco. “Once you’ve broken trust, it takes a long time to repair it.”

Races ClockSan FranciscoTech Gloom
Previous ArticleLaunch of a New Cybersecurity Apprenticeship Program by United Training and CompTIANext ArticleWith the Introduction of a Telecoms Technology Collaboration Between the UK and South Korea, the New Administration Has Intentions to Spur Innovation in 5G and 6G