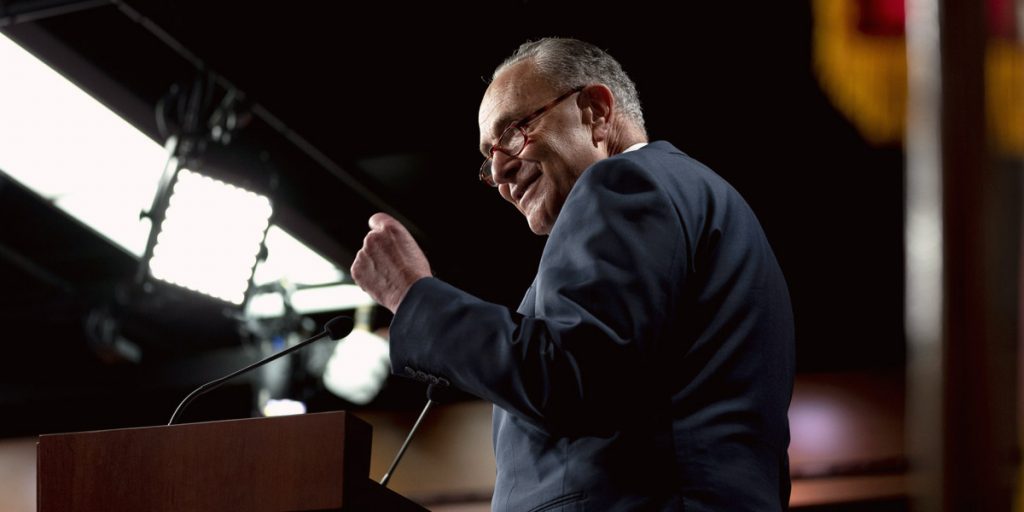 The U.S. Senate is nearing the finish line for a package of legislation totaling well over $200 billion that’s designed to strengthen U.S. competitiveness against a rising China, with a vote as early as Tuesday.

The bill, which authorizes $190 billion for measures including increased federal research and development spending along with $52 billion in emergency outlays for domestic semiconductor manufacturing, faces at least one more proposed amendment, following a raft of changes last month.

The Senate will vote Tuesday on an amendment from Senator John Cornyn, a Texas Republican, that would strip out language requiring companies to pay the prevailing wage to employees or contractors building or working in semiconductor manufacturing plants.

“I think we’re locked in and hopefully get it done by close of business tomorrow,” Cornyn told reporters Monday. “Right now we are very exposed to vulnerable supply chains for critical semiconductors.”

Cornyn has said he expects to lose that vote, but will still back the overall bill given its importance.

That could tee up final passage as early as Tuesday. The course in the House isn’t clear, with Democratic leadership there not yet laying out a course of action beyond the House Science Committee considering its own plan for revamping the National Science Foundation.

The Senate package combines measures that came out of several committees, each with large bipartisan support — underscoring how the perceived threat from China has united Republicans and Democrats in a way unseen on the vast majority of other major issues before Congress.

“It will be one of the most important things we’ve done in a very long time,” said Senate Majority Leader Chuck Schumer on the Senate floor Monday. “It is the largest investment in scientific research and technological innovation in generations, in decades.”

Schumer and Senator Todd Young, an Indiana Republican, were joint sponsors of the base of the legislation, focused on escalating federal support for research at colleges, universities and other facilities. In the month since its introduction, lawmakers have debated a slew of amendments, as many sought to attach their own China-focused measures.

The U.S. Innovation and Competition Act, or USICA, combines “as many of the “stop the China rise” and “lift the U.S. game” ideas that had been floated in the Senate in recent memory, Donald Straszheim, a China specialist at Evercore ISI, wrote in a recent note.

The bill hasn’t had universal support. Republicans including Senators Rand Paul, Mike Lee and Ron Johnson objected before the recent Memorial Day recess to its size and the speed with which it was being passed. The senators complained that that amount of time was insufficient to understand and digest the nearly 1,500 page text, not to mention the more than 500 amendments that had been filed.

Schumer combined his original Endless Frontier Act — named after a seminal 1945 report that led to the creation of the National Science Foundation — with legislation from the Foreign Relations Committee, Banking Committee and the Homeland Security and Governmental Affairs Committee, among others.

The Endless Frontier Act proposed spending $110 billion to bolster U.S. innovation. With the additions of the other legislation, as well as changes made to the bill during the Commerce Committee’s consideration, the Congressional Budget Office pegged the overall spending authorized at just over $190 billion.

And that did not include the $52 billion in incentives and grant programs that Republican Senators Cornyn and Tom Cotton of Arkansas and Democrats Mark Kelly of Arizona and Mark Warner of Virginia added to bolster domestic semiconductor manufacturing.

That money, along with another $2 billion for related programs, would come in the form of emergency appropriations and be available upon the law’s passage. The other spending in the bill would be subject to the appropriations process. An amendment from Senator Ben Sasse, a Republican from Nebraska, would also authorize an additional $17.5 billion for the Defense Advanced Research Projects Agency — or Darpa — over a period of five years.

Some senators, including Republican John Kennedy of Louisiana, have objected to the bill’s size and argued that the U.S. cannot compete with China by adopting the same kind of industrial planning that the country uses to support its home-grown industries. Others have contended that the bill is not tough enough on China or does not have sufficient protections built into it.

Even so, enough Republicans are likely to support it to ensure it passes the 60-vote threshold it needs to clear the Senate. Senator Mitch McConnell, the chamber’s Republican Leader, who criticized previous versions of the bill as not spending enough on defense, cited the effort to compete with China as one on which both political parties could agree.