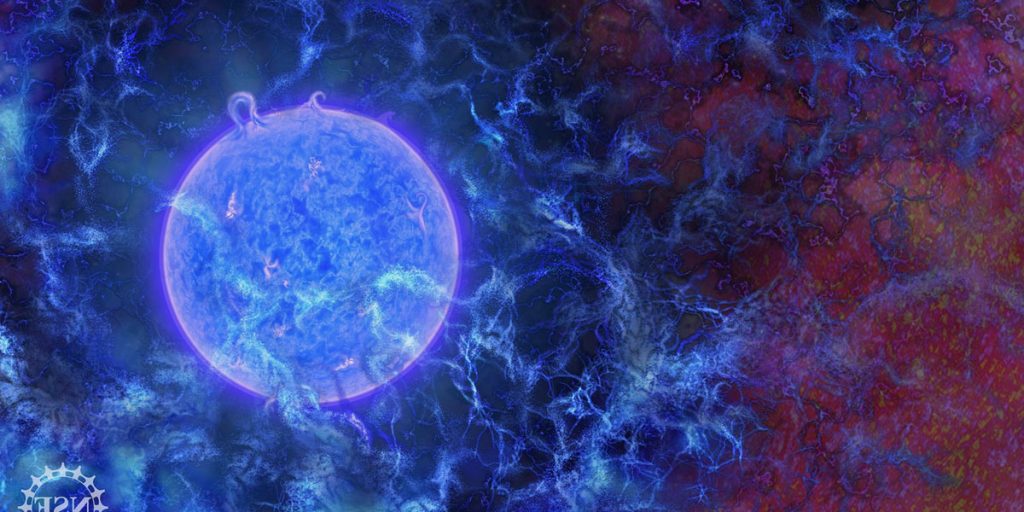 When we look up into the sky on a dark night, we see stars all around us. All those lights had to start up sometime.

“Witnessing the moment when the universe was first bathed in starlight is a major quest in astronomy,” said University of Cambridge astrophysicist Nicolas Laporte in a University College London statement on Thursday.

Astronomers theorize the universe spent time in the “dark ages” after its formation in the Big Bang, 13.8 billion years ago. They’ve been trying to work out when the first stars were born — cosmic dawn — and a new study dials in a likely time period.

A UK-led research team calculated the ages of stars in six of the most distant galaxies known, at a point in time when the galaxies were 550 million years old. The researchers published a paper on their findings on Thursday in the Monthly Notices of the Royal Astronomical Society.

“Using a well-understood age indicator based on the amount of hydrogen absorption seen in the atmospheres of different stars, we were able to infer that, even at these early observation times, these galaxies were already between 200 and 300 million years old,” said the study co-author Romain Meyer. That puts cosmic dawn at 250 to 350 million years after the Big Bang.

The study used data from ground-based telescopes as well as the Hubble and Spitzer space telescopes. Hubble is currently battling a technical glitch and Spitzer was retired in early 2020. The researchers have pushed the limits of these older telescopes and are now looking ahead to the next-generation James Webb Space Telescope to get a better look at cosmic dawn. It will be able to see further back in time than its predecessors.

James Webb is scheduled to launch later this year. “We now eagerly await the launch of the James Webb Space Telescope, which we believe has the capability to directly witness cosmic dawn,” co-author Richard Ellis of UCL said.  Ellis called this “a holy grail in astronomy” and, in essence, a search for our own origins. After all, we are made of stardust.