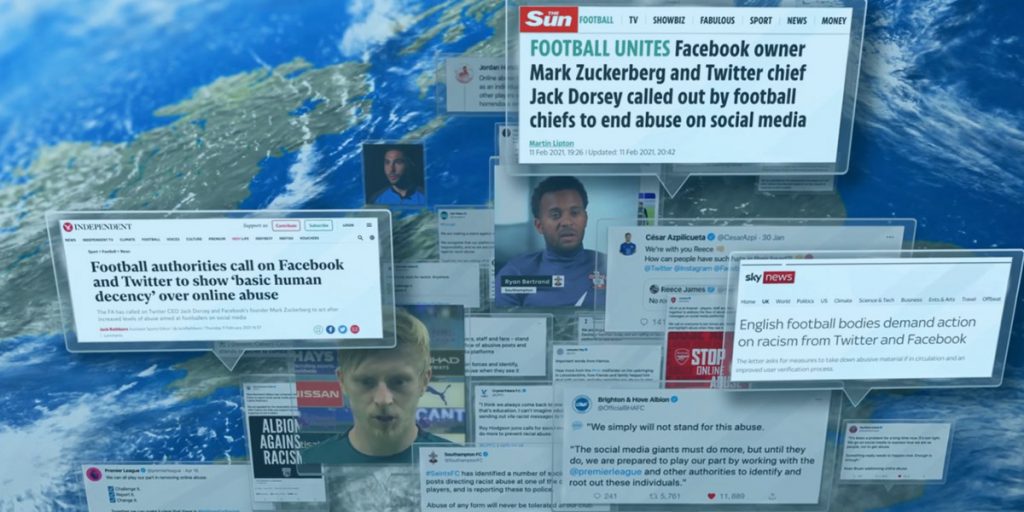 The boycott will start on 30 April.

The Football Association, as well as league bodies and other organizations, including anti-discrimination charity Kick it Out, will also be involved.

“We need social media companies to make their platforms a hostile environment for trolls rather than for the football family.”

Sheffield United’s David McGoldrick, who was racially abused last year, welcomed the move, saying: “It is about time. What has gone off on social media, it has happened to me.

“It has happened to many players. Something needs to happen, it is too easy to get racially abused on there.”

Speaking to Sky Sports on Saturday night after scoring in his side’s 1-0 win over Brighton, the striker added: “The Super League got cut off in 48 hours, why is racism on the back foot? It is bigger in my eyes.”

Brighton forward Neal Maupay has also been the subject of online abuse and he told Sky Sports the boycott was a “very good” move.

“The players get a lot of abuse online and we need to fight it. It’s a good way to do it. It’s good that we are in this together,” the Frenchman said.

The move will come three weeks after Swansea City turned off their social media accounts for a week to make a stand against abuse following a number of their players being targeted.

Former Arsenal and France striker Thierry Henry removed himself from all social media in March because of racism and bullying across platforms.

In an interview with BBC’s Newsnight program, the 43-year-old said “enough was enough” and that he had to make a stand against racism on social media.

A joint statement from English football’s governing bodies said the boycott is a way “to emphasize that social media companies must do more to eradicate online hate”, while also “highlighting the importance of educating people”.

“Boycott action from football in isolation will, of course, not eradicate the scourge of online discriminatory abuse, but it will demonstrate that the game is willing to take voluntary and proactive steps in this continued fight,” the statement continued.

The FA’s director of equality and diversity Edleen John said “English football will not tolerate discrimination in any form”.

“We are calling on organizations and individuals across the game to join us in a temporary boycott of these social media platforms, to show solidarity and unite in the message,” she said.

“Social media companies need to be held accountable if they continue to fall short of their moral and social responsibilities to address this endemic problem.”

The UK government has previously threatened social media companies with “large fines” which could amount to “billions of pounds” if they fail to tackle abuse on their platforms.

Facebook said in February that tougher measures would be taken to tackle the issue.

Last week, Instagram – which is owned by Facebook – announced a tool to enable users to automatically filter out abusive messages from those they do not follow on the platform.