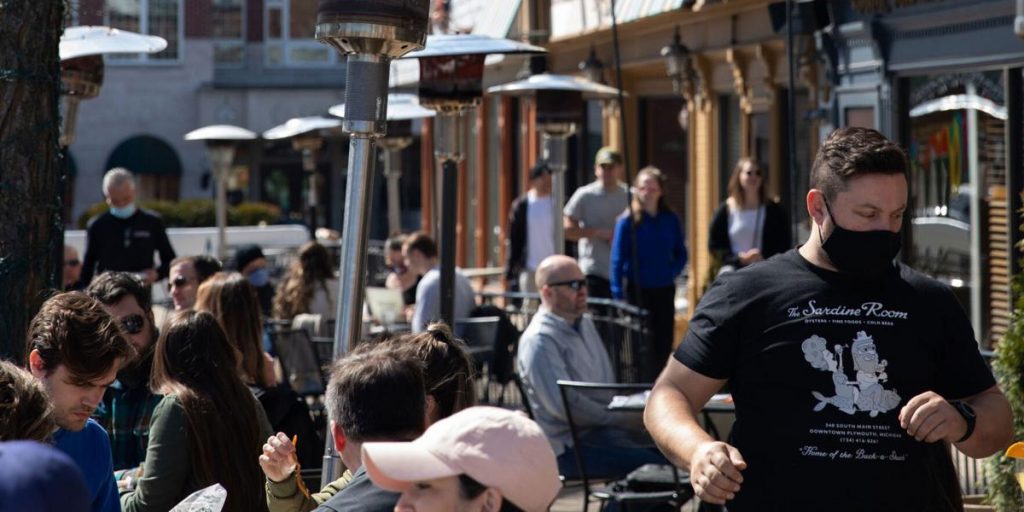 For weeks, health experts have warned of another possible Covid-19 surge if Americans get lax with safety measures while the country races to vaccinate more people.

Now infections are on the rise again and some state leaders are sounding the alarm over their latest trends.
After weeks of declines and then a plateau, the average number of new Covid-19 cases saw a 7% increase from the previous week, Centers for Disease Control and Prevention Director Dr. Rochelle Walensky said on Friday. The average of new virus-related hospitalizations also saw a slight increase from the previous week, she said.
More than two dozen states are reporting at least a 10% increase of new cases compared to the previous week, according to data from Johns Hopkins University.

nd some state officials say many of the new infections appear to be among younger groups.
“People over 65, a large proportion of them, have been vaccinated, are protected. That’s one of the reasons we have not seen a huge spike in hospitalizations,” Dr. Ashish Jha, dean of the Brown University School of Public Health, told CNN on Sunday. “A lot of the spread is happening among younger people … that’s the group that is moving around, kind of relaxing, getting infected.”
Fueling the rise of cases is a highly contagious — and potentially more deadly — variant of the virus. The B.1.1.7 variant, first spotted in the UK, has now been identified in 51 US jurisdictions, according to the CDC, and is projected to become the dominant variant in the country by the end of March or early April.

But that’s not all that’s helping drive case increases, experts say.
Governors and local leaders across the country have recently eased restrictions meant to curb the spread of the virus while health officials urged them to keep the measures in place a little longer.
Spring break crowds swelled in popular beach destinations, including South Florida, where local leaders said the vacationers were more than they could handle. And air travel has broken pandemic records this month, with millions of Americans boarding planes.
“We’re weeks away from a point where we can begin to do these things a bit more safely, but I think states have just moved too fast,” Jha said.
So far, about 28.2% of the US population has received at least one dose of a Covid-19 vaccine, according to CDC data, and 15.5% of Americans are fully vaccinated.