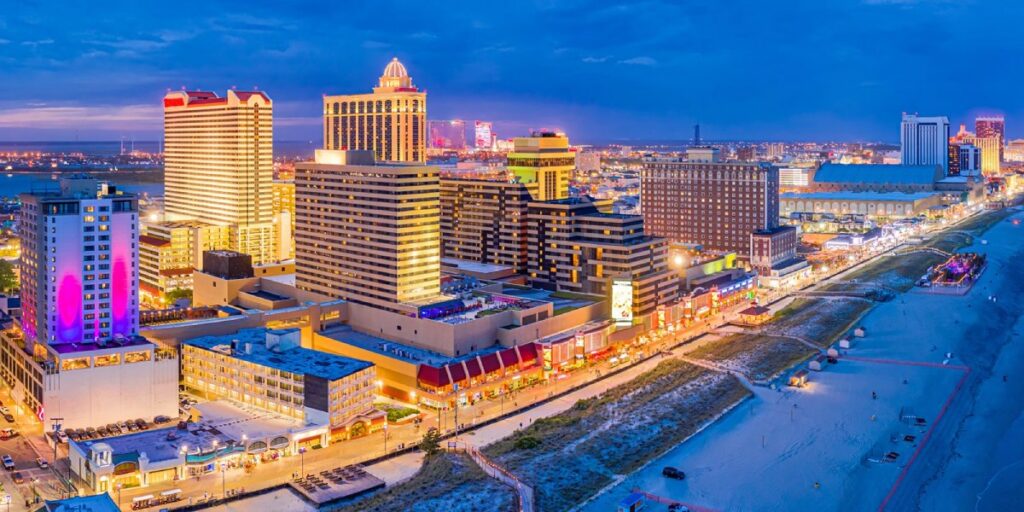 A group of local high school students wrapped a weekslong “boot camp” on artificial intelligence Saturday at the South Jersey Gas headquarters. From Oct. 22 to Saturday, about 25 students in grades nine through 12 participated in the free program started by the Mark Cuban Foundation in 2019.

“This helps kids with exposure to technology, gain literacy in artificial intelligence while utilizing it, and also look into jobs they didn’t know of or wanted to learn more about,” said Lisa Cottman, the senior human resources specialist for South Jersey Industries, South Jersey Gas’ parent company.

Across the United States, 30 camps will be brought to 20 cities to teach basic AI skills to a total of 550 students. The foundation’s goal is to have 1,000 students graduate from the program each year by next year.

The Cuban foundation – the nonprofit run by billionaire Dallas Mavericks owner and “Shark Tank” investor Mark Cuban – recruits the students and provides mentors, curriculum, and guest speakers. South Jersey Gas provided technology such as laptops and equipment for the labs, as well as mentors who helped the students along the way.

The South Jersey Gas mentors had to undergo mentorship and lab training to be able to help the students.

Each session included a guest speaker, a question-and-answer session, and lessons on AI topics like machine learning or chatbots, followed by a lab exercise facilitated by South Jersey Industries staff.

“Technology is always growing,” said Cottman. “As we mature in AI, we also have to evolve.”

Students did not need any familiarity with computer science or programming to attend, just interest in or curiosity about technology.

Katie, a sophomore from Mays Landing (the program did not allow students to give their last names), said she had a general interest in technology.

“I came into the boot camp with an open mind,” said Katie. “It’s an interesting new experience.”

“I’m going to go to school for computer sciences, so this is a good opportunity to get experience,” she said.

This was the second consecutive year South Jersey Gas hosted the boot camp, which company officials said aligns with their commitment to promoting a broader range of opportunities for Atlantic City’s future workforce.

Through four half-day sessions, students learned what AI is, the different functions of AI, like monitoring behavior or writing programs, as well as coding and using computer tools to build their own AI applications using Microsoft Azure AI.

“It’s new but interesting, and the programs are fun,” said Marina. She thought the most interesting part of the boot camp was learning about facial recognition, how AI can help monitor behavior, and how to code automated responses.

The state Department of Community Affairs’ Atlantic City Initiatives Project Office brought the boot camp to the city because it coincides with the department’s goal of executing ways to address the city’s challenges, as outlined in the Atlantic City Transition Report drafted in 2018. One of the issues mentioned in the report was the importance of providing more opportunities for city youth, by targeting struggling populations and creating new support initiatives around their needs.

Other objectives noted in the report included starting new afterschool and summer programs, and preparing the youth for the workforce.

South Jersey Gas was selected to host the camp for its use of AI. A company spokesperson said AI can be used by dispatchers to route or reroute field crews in an emergency, or in the chatbots that help talk customers through issues online.

“The New Jersey Department of Community Affairs is pleased to see South Jersey Industries take the lead in supporting this year’s Mark Cuban Foundation Artificial Intelligence Bootcamp for Atlantic City and Union Township youth,” Lt. Gov. Sheila Oliver, who serves as commissioner of the DCA, said in a statement. “Now even more students will be positively impacted by this innovative educational program.”