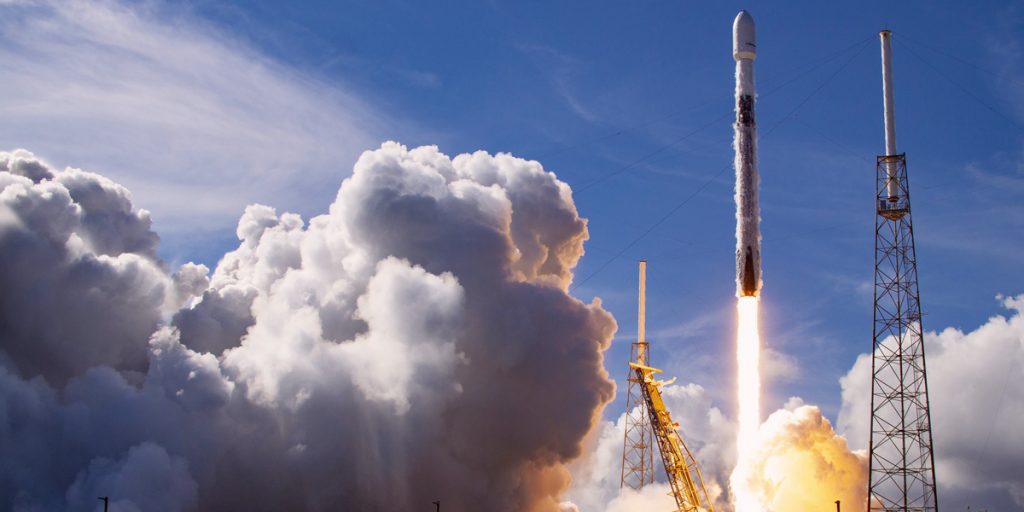 SpaceX has launched another 60 Starlink satellites — making 180 delivered to orbit in under two weeks — but the launch early Sunday morning was more notable because it set a new, key record for Falcon 9 rocket reusability. This marked the 10th flight of the first-stage rocket booster used for the launch, which sets a record for re-use for SpaceX as the rocket booster with the most successful mission under its belt.

The launch took place at 2:42 AM EDT, flying from Cape Canaveral in Florida. SpaceX also successfully returned the booster to its drone ship in the Atlantic Ocean for a tenth successful landing for the rocket, too, making it a record-setter in that regard as well, and setting up the possibility that it could fly yet again. SpaceX CEO Elon Musk has said it could be “possible” for a Falcon 9 booster to fly “100+” times with servicing and component replacement.

This Falcon 9 has previously flown on missions including the original uncrewed demonstration mission of Crew Dragon, SpaceX’s astronaut spacecraft, and seven prior Starlink launches. SpaceX has shown just how reusable its rockets are with its aggressive Starlink launch schedule, most of which have employed rocket boosters that have flown a number of missions before, including other launches for the broadband internet megaconstellation.

Since SpaceX is both launch provider and customer on Starlink, it’s actually crucial for the company to realize as many cost savings as possible during its frequent flights building the network of low Earth orbit satellites. Re-use of the boosters is a key ingredient, and one where the cost savings definitely accrue over time. Musk has previously said that the economics are such that for its external customer flights, it’s at about “even” on the second use of a booster, and “ahead” in terms of costs by the third. During its Starlink launch program, SpaceX has repeatedly set and broken its own reusability records, indicating a key means of keeping the costs of building out its in-space satellite infrastructure is using flight-proven boosters as much as possible.

This is the 27th Starlink launch thus far, and SpaceX has another planned just six days from now on May 15, with at least one more likely in the works for later this month after that. The company hopes to have its broadband network built out to the point where it has a global reach by the end of this year.