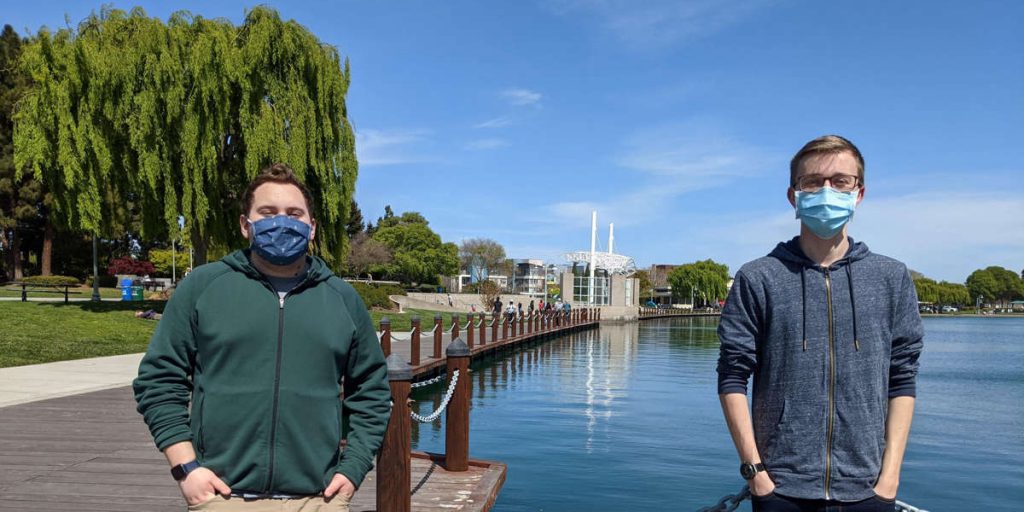 For plenty of people in the US, setting up a COVID-19 vaccine appointment has meant sitting in front of a computer, endlessly refreshing multiple browsers in hopes of snagging a rare open slot through their health provider or a nearby pharmacy. At times, getting a spot can seem like trying to win the lottery. (Actually, lottery odds might feel more favorable given limited vaccine supply and high demand.)

Teenagers Sam Mendelson and Daniel Stoiber wanted to help their parents avoid the frustrating vaccine-chasing frenzy, so they got creative and ended up helping Mom and Dad, plus a lot more people. The friends built a Twitter bot, CovaxSF, that tracks vaccine availability by scanning California’s MyTurn vaccine database and alerts followers when (and where) appointments in the San Francisco Bay Area open up. As of this writing, it has more than 2,500 followers.

“The response has been unbelievable,” says Mendelson, 18. “We are getting so many comments and DMs saying that people got their appointments, or made appointments for their parents or grandparents.”

The pair, seniors at Design Tech High School in Redwood City, south of San Francisco, have spent about 25 hours working on their free tool. They wrote it in the TypeScript programming language, and run it on a Raspberry Pi computer. The small, affordable machines are made to be tinkered with, and have virtually limitless applications.

Mendelson and Stoiber aren’t the only ones to think up enterprising solutions for vaccine seekers — there are apps for finding appointments in real time and sites that match Americans with leftover vaccines. They may, however, be the youngest.

Like students everywhere, the two teens found their worlds upended by the pandemic.

“Our school quickly adopted distance learning, and Sam and I found ourselves with a lot of free time on our hands,” says the 17-year-old Stoiber. “We put some of that free time towards making vaccines even more accessible.”

The bot, which rolled out last week, covers most of San Francisco, Santa Clara, Contra Costa and Alameda counties and typically tweets between 20 and 30 times a day. On April 1, Californians 50 and over joined the state eligibility list that already included seniors and those who are high risk and have a high chance of exposure. On April 15, every Californian 16 and older can get vaccinated, which will greatly increase the already fierce competition for available slots.

Mendelson’s eyeing an engineering degree with a focus on electrical and computer engineering. Stoiber plans to pursue a computer science degree at Worchester Polytechnic Institute in the fall.

“Since both of us will be going to college next year,” Stoiber says, “getting vaccinated means we have a better chance to experience in-person college.”