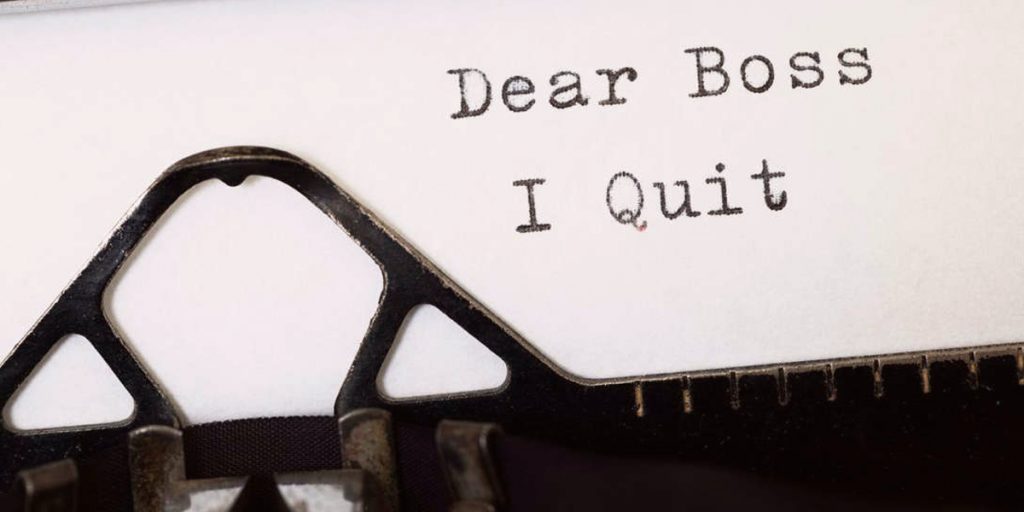 More Americans than ever are quitting their jobs, making it even harder for companies to fill a record number of job openings.

The percentage of people quitting their jobs, meanwhile, also rose to a record 2.8% among private-sector workers. That’s a full percentage point higher than a year ago, when the so-called quits rate fell to a seven-year low.

Why are so many Americans quitting?

The most fashionable argument now is that people are leaving for better, or better paying, jobs. Many companies have boosted pay or offered other incentives to attract workers.

A recent study by Bank of America, for example, found that job switchers earned an extra 13% in wages from their new positions. That’s a big chunk of money.

“Raising salaries and wages, throwing in something extra to make the offer more attractive, are all steps that are now becoming commonplace,” said senior economist Jennifer Lee of BMO Capital Markets.

At the same time, the argument goes, lots of people have reevaluated their careers, decided they didn’t like their old jobs and want to try something different.

What’s given workers more leeway is the reopening of businesses as the economy recovers, along with generous jobless benefits.

With most restrictions on individuals and businesses removed, a torrent of pentup demand has been unleashed and the economy has surged. Businesses are desperate to hire more workers to keep up — or risk losing sales and profits.

That’s given workers more leverage over employers engaged in a fierce competition for labor. They can afford to be pickier about which jobs they accept, economists say.

Other analysts argue that government benefits have allowed some people to stay out of the workforce or even quit.

The Biden administration in March passed a massive fiscal stimulus that gave most people $1,400 checks. The new law also added a $300 federal stipend on top of regular state benefits for the unemployed. The federal benefits last until September.

Normally people who quit their jobs are ineligible for unemployment benefits, but they can get an exemption in many states for health, safety or child-care reasons.

About half of the states, all led by Republican governors, plan to stop giving out the federal benefit by early July to push people back into the labor force. Economists will be watching closely to see how many people go back to work.

Whatever the case, it’s probably going to be ongoing struggle for businesses to hire workers until the fall.

“For employers, this is like trying to fill a bucket of water with a hole at the bottom of the bucket. Not necessarily the best thing for firms,” wrote Neil Dutta, head of macroeconomics at Renaissance Macro Research, in a note to clients.

American WorkersJob Quits
Previous ArticleAmericans Made $4B in Bitcoin Profits in 2020 – More Than Any Other Country, Analysis ShowsNext ArticleGov. Names Feek As Employment Security Department Head