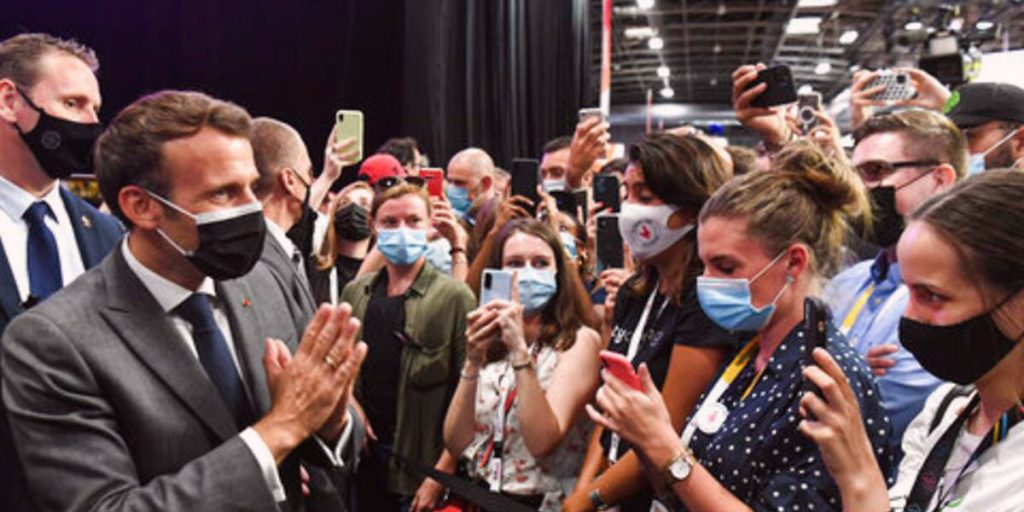 France’s President Emmanuel Macron has attacked the United States and China for investing in ”nonsense innovation” and praised his nation for being much more business-friendly and innovative.

Macron advised the two countries to foster the growth of tech companies in Europe instead of wasting their money because they have excess liquidity in financial markets.

“This place (Paris) now is more and more perceived as first business-friendly and then innovative,” Macron told a panel of executives from startups at France’s tech show Viva Tech.

“So the more … we elaborate and increase the strength of this place the more you will attract investors coming from the United States and China”.

Macron is pushing for Europe to create 10 technology giants worth 100 billion euros ($120 billion) each in valuation by 2030, in a bid to rival US companies that dominate the sector.

But while a growing number of digital companies are lining up to go public via an initial public offering (IPO) or a buyout from a special-purpose acquisition company (SPAC), investments in tech lag those seen in the United States and China.

Macron has since his election in 2017 championed investment in the digital economy as a key to lower unemployment and stimulating economic growth and vowed to turn the country into a “startup nation”.

Four years on, France’s startup scene has prospered, with more than a dozen so-called unicorns, or companies valued 1 billion euros or more.

French startups raised a record 5.4 billion euros in 2020, up 7 per cent from a year earlier, according to EY.