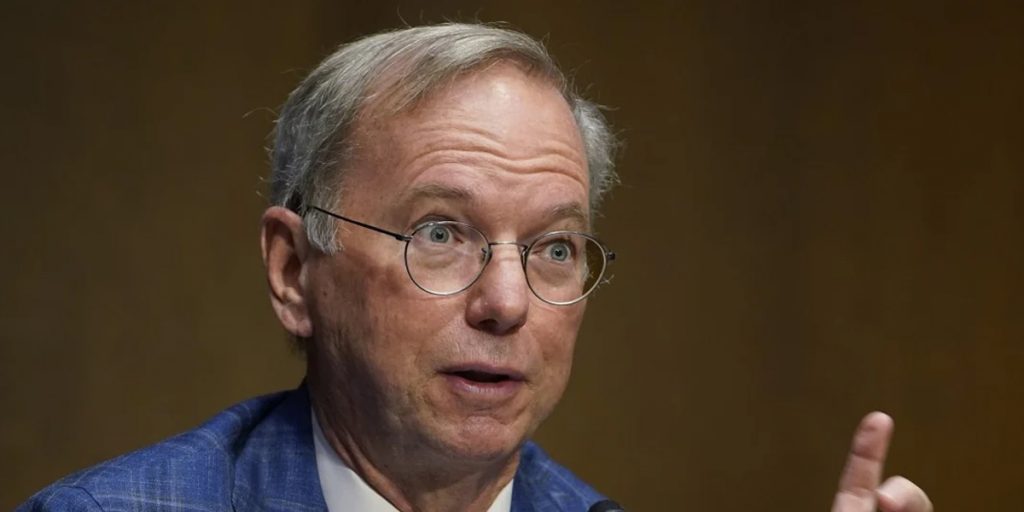 In this episode of “Intelligence Matters,” the National Security Commission on Artificial Intelligence Chair and Former CEO of Google Eric Schmidt joins Michael Morell to discuss the importance of investing in artificial intelligence as a national security priority. Schmidt believes China is likely to catch up to the U.S. in a few years in its artificial intelligence capabilities. He outlines how intelligence and national defense can benefit from superiority in these technologies and the benefits of holding A.I. to American values.

China is catching up to the U.S. in A.I. capabilities: “Where we are today with A.I. is that we judge America still ahead, but China investing very heavily and likely to catch up very soon. We don’t say what soon is, but my personal opinion, it is a few years, not five years”.

The future of intelligence and defense is A.I.: “Computers are extraordinarily good at finding that needle in a haystack using artificial intelligence principles. I cannot imagine the CIA or the National Security Agency or any of the DNI functions not having very powerful A.I. systems to assist our human intelligence officers from watching things. That’s the first use. The next use is probably autonomy. The future of our national defense is not more aircraft carriers and more tanks, it’s more autonomous ships and more autonomous tank equivalents, which we can send into battle to defend ourselves without loss of human life on our side”.

A.I. should be done with American Values: “One of the things that we concluded is that any use of A.I. should be done with American values. An obvious example is we don’t believe in discrimination. So systems that would automatically discriminate are not good. Things which have inherent biases that we dislike in our country are not ok with us. The military, the DOD, in particular, has also adopted an A.I. ethics plan, so we say that all of these A.I. activities need to be done consistent with a set of ethical principles that are published and understood”.