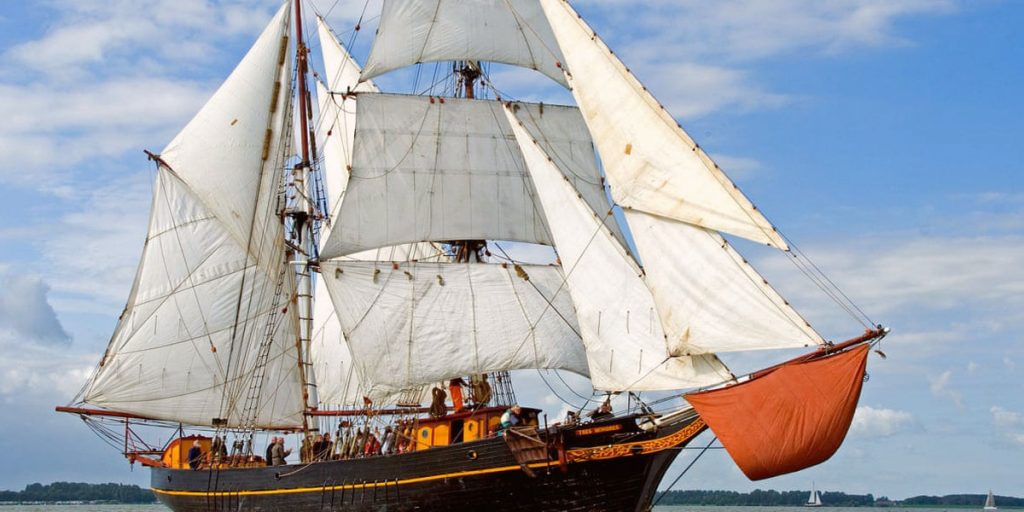 “The fact you can post a picture on Facebook or video on YouTube and people can see it anywhere in the world is mind-boggling, but it takes a lot of things behind the scenes and below the ocean to make it happen,” says Alan Mauldin, research director at TeleGeography. It is easy to overlook that our access to the internet relies on thousands of miles of cable, crossing the world’s oceans. They provide the plumbing for the internet – 98% of all international internet traffic travels through them. Some connect neighboring countries, such as the 131km (80 miles) CeltixConnect cable between Ireland and the UK. Others like the Asian-America Gateway cable, stretch for 20,000km and link continents.

The data flashes along optical fibers as thin as a strand of hair. Each cable will have several of these at its core and then further layers of protective coating to prevent damage. According to Daniel Sousa, managing director of manufacturing operations at SubCom, one challenge is that “the entire cable systems need to be manufactured and tested as a complete system”. Cables are tested ashore before being loaded onto ships, a process which can take around two weeks says Orange Marine’s chief executive Didier Dillard. The company operates six cable ships, with one vessel, the René Descartes, able to lay up to 6,000km of cable.

Once telecom companies would have been the main backers of such complicated and expensive projects. But now technology giants have started putting serious money into undersea cables. TeleGeography estimates that content providers – Google, Facebook, Amazon, and Microsoft – have spent over $1.5bn (£1bn) on cable construction in the last five years. The simple reason is that they have more demand for bandwidth than anyone else, says Alan Mauldin.
Google, in particular, is investing in a number of its own cables. The Curie cable connects Chile to the US – while the Dunant cable, laid in partnership with SubCom, connects the US to France at Orange’s cable landing station at Saint-Hilaire-de-Riez.

Two others will be finished soon. The Equiano cable runs from Portugal down the west coast of Africa to South Africa, and the Grace Hopper cable connects the US, UK, and Spain. Ensuring reliable access to the services many of us rely upon, as well as expanding access to previously underserved areas, are two reasons for this investment. But it is also an investment in Google’s cloud computing services – a particularly competitive space amongst the major technology companies. It has spawned the phrase ‘cloud wars’ to describe the battle for ascendancy amongst them. Cloud computing has become a huge business as firms have moved their computing and digital storage needs to services like Amazon’s AWS and Azure from Microsoft. So is there any downside to giants like Google controlling these important digital connections? Alan Mauldin says while the cables are private they are not exclusive.

“There are multiple users on it, not just one party. All these parties use the same infrastructure.” While capacity on their private cables is not sold directly by Google, some capacity is commonly shared with telecom companies. For instance, Orange is able to provide capacity to its customers on the Dunant cable, in return for allowing Google to use its Saint-Hilaire-de-Riez base. Mr Mauldin likens the undersea cables therefore to a motorway where Google and Facebook have prominent “high-sided trucks”, but other, smaller vehicles also dart around carrying data for all other users. Satellites have been discussed for decades as a potential alternative that may one day put a dent into the dominance of subsea cables.

London-based satellite operator OneWeb recently launched its sixth batch of satellites, whilst Elon Musk’s SpaceX is investing in satellite technology through its Starlink project. Yet comparing the two technologies may be unhelpful. Satellites are most effective in providing internet access to remote areas where it is either physically difficult or prohibitively costly to build a cable, with cables currently best placed to meet the demand of carrying large amounts of data. “The heavy lifting of pushing the big data between data centers across the world is going to be on submarine cables,” says Mr. Mauldin.

But this reliance on cables has propelled the tech giants into geopolitics. In March, Facebook dropped plans for a cable between California and Hong Kong, reportedly due to pressure from US national security officials. The Royal Navy has announced it is building a surveillance ship to protect “critical” cables, citing the risk of sabotage due to “submarine warfare”. Despite these concerns, a more commonly encountered problem is that cables need to be repaired due to damage inflicted by the natural environment or human activity. One of Orange Marine’s cable ships is currently repairing a cable damaged by an underwater landslide off the coast of the Democratic Republic of Congo.

But it is human activity that poses the bigger challenge. Areas where fishing trawlers regularly operate are a particular problem. Internet access to the Channel Islands was temporarily impaired in 2016 when a ship dragged its anchor, damaging cables. It also requires a quick response to ensure disruption is kept to a minimum. “It’s part of the requirements of our customers that we maintain at all times a cable ship ready to sail within 24 hours,” says Mr. Dillard from Orange Marine. The pandemic has concentrated people’s attention on the importance of cable networks, says Alan Mauldin: “We always knew it was important, but can you image Covid 20 years ago? It would have been an even bigger disaster.”