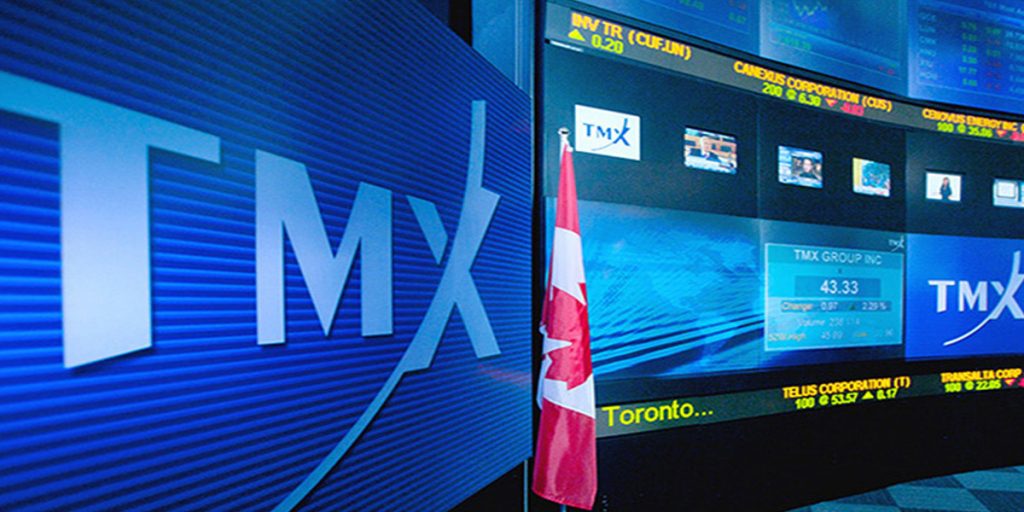 Technology drove Canada’s main stock index and U.S. markets higher on a levelling of bond yields in response to dovish comments from the U.S. Federal Reserve.

Minutes from a recent meeting released Wednesday and comments Thursday by Fed chairman Jerome Powell that “didn’t rock the boat” helped to convince investors that the central bank is in no hurry to pull back on its monetary stimulus, says Erik Bregar, head of currency strategy at the Exchange Bank of Canada.

“A lot of people said that they kind of got a little too carried away with pricing-in earlier rate hikes but bonds have … calmed down a little bit this week and that’s given an environment for risk-on to continue,” he said in an interview.

The move lower helped the technology sector which thrives in a low bond-yield environment.

It also pushed the S&P 500 and the S&P/TSX composite to new record highs.

Energy closed slightly higher as oil prices dropped after the U.S. reported a dip in inventories. Crude stockpiles fell by 3.52 million barrels last week to 498.3 million barrels. That compared with an expected increase of 1.325 million barrels.

“I think oil’s got a few different things to potentially worry about, hence its relative underperformance this week,” Bregar said, pointing to OPEC raising its output over the next three months and the impact of lockdowns on energy demand.

The May crude contract was down 17 cents at US$59.60 per barrel and the May natural gas contract was up two tenths of a cent at US$2.52 per mmBTU.

A weaker U.S. dollar helped the Canadian dollar to appreciate, trading for 79.50 cents US compared with 79.26 cents US on Wednesday.

Industrials moved lower with shares of Air Canada down 2.4 per cent.

A rise in weekly first-time U.S. benefit claims didn’t have a significant impact on markets after Friday’s strong jobs numbers. Some 744,000 Americans filed for unemployment benefits last week, an increase of 16,000 from the previous week.

“I think you could very much argue there’s a disconnect fundamentally there, but to be honest I can’t really point to very many jobless claims numbers that have moved markets meaningfully over the last few months,” said Bregar.

Friday’s Canadian jobs numbers for March could have an impact on the Canadian dollar if the data is weak, he said.

“But anything close to expectations or above expectations will probably just keep the market kind of where it is now, maybe a little bit higher”.