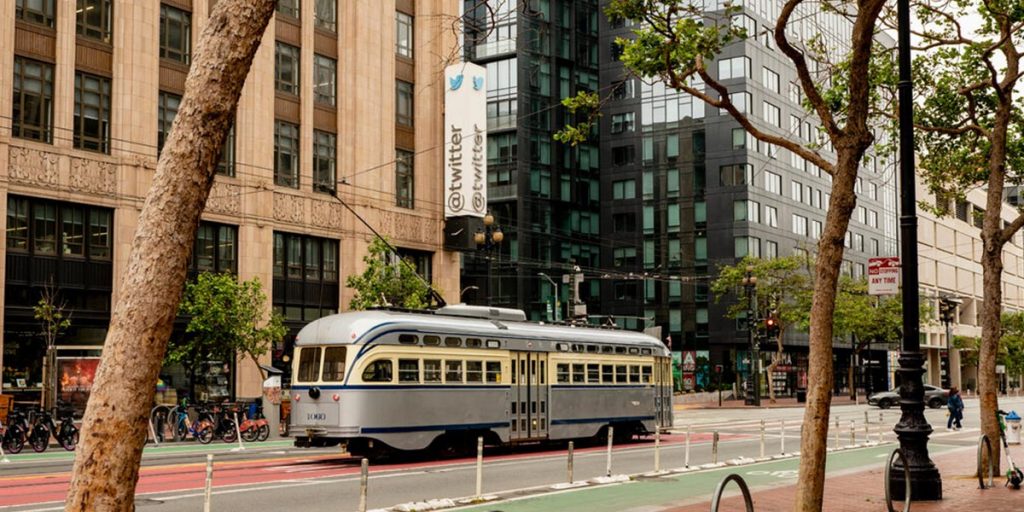 Last year, Greg Osuri decided he’d had enough of the Bay Area. Between smoke-choked air from nearby wildfires and the coronavirus lockdown, it felt as if the walls of his apartment in San Francisco’s Twin Peaks neighborhood were closing in on him. “It was just a hellhole living here,” said Mr. Osuri, 38, the founder and chief executive of a cloud-computing company called Akash Network. He decamped for his sister’s roomy townhouse in the suburbs of Columbus, Ohio, joining an exodus of technology workers from the crowded Bay Area. But by March, Mr. Osuri was itching to return. He missed the serendipity of city life: meeting new people, running into acquaintances on the street, and getting drinks with colleagues. “The city is full of that — opportunities that you may never have expected would come your way,” Mr. Osuri said. He moved back to San Francisco in April.

The pandemic was supposed to lead to a great tech diaspora. Freed of their offices and after-work klatches, the Bay Area’s tech workers were said to be roaming America, searching for a better life in cities like Miami and Austin, Texas — where the weather is warmer, the homes are cheaper and state income taxes don’t exist. But dire warnings over the past year that tech was done with the Bay Area because of a high cost of living, homelessness, crowding, and crime are looking overheated. Mr. Osuri is one of a growing number of industry workers already trickling back as a healthy local rate of coronavirus vaccinations makes fall return-to-office dates for many companies look likely. “I think people were pretty noisy about quitting the Bay Area,” said Eric Bahn, a co-founder of an early-stage Palo Alto, Calif., investment firm, Hustle Fund. “But they’ve been very quiet in admitting they want to move back.” Bumper-to-bumper traffic has returned to the region’s bridges and freeways. Tech commuter buses are reappearing on the roads. Rents are spiking, especially in San Francisco neighborhoods where tech employees often live.

And on Monday, Twitter reopened its office, becoming one of the first big tech companies to welcome more than skeleton crews of employees back to the workplace. Twitter employees wearing backpacks and puffy jackets on a cold San Francisco summer morning greeted old friends and explored a space redesigned to accommodate social-distancing measures. London Breed, San Francisco’s mayor, said she welcomed the return of tech workers, though she acknowledged that it also brought challenges. “Yes, we need to do the work to build more housing and address the many challenges that big cities face, but San Francisco is successful when we have a growing economy, and that includes tech,” she said in a statement. No one is quite ready to declare that things have returned to normal. Ridership on Bay Area Rapid Transit remains low, and nearly half of San Francisco’s small businesses are still closed. Office vacancy rates are high. The city’s downtown is still largely empty on weekdays.

But recent data support the notion that tech workers are coming back. In an area near San Francisco’s Financial District, where tech workers tend to cluster, average apartment rental prices dropped more than 20 percent in 2020, according to census and Zillow data compiled by the city. That area saw the biggest price jumps in the city in the first five months of 2021. In the bayside ZIP code surrounding the San Francisco Giants’ Oracle Park, where nearly 15 percent of residents worked in tech, average monthly rental prices dropped from $3,956 in February 2020 to about $3,000 a year later. They rose to $3,312 in May, according to Zillow data. “This could mean that tech workers are coming back, although it could also mean that other people, who also value those areas, are taking advantage of the lower rents to move in,” said Ted Egan, San Francisco’s chief economist. Median San Francisco home prices, which bottomed out at a still-jarring $1.58 million for a single-family home in December, recently hit $1.9 million, according to the California Association of Realtors. That’s higher than before the pandemic.

Nearly 1.4 million cars drove across the Golden Gate Bridge into San Francisco in May, the most since February 2020, and afternoon freeway speeds have dropped to about 30 miles per hour, which was the pre-pandemic norm, according to city data. Some types of crime are close to pre-pandemic levels. Rizal Wong, a junior associate at the tech and business communications firm Sard Verbinnen and Company, left the Bay Area in December, trading a studio apartment in Oakland for a cheaper one-bedroom in his hometown, Sacramento, close to his family. But after getting vaccinated, he moved to San Francisco in April. “I felt like I was getting back to my life,” said Mr. Wong, 22. “Meeting up with co-workers who were also vaccinated and getting drinks after work, definitely makes it feel more normal.”

Mr. Wong, like many who left the Bay Area, didn’t go very far. Of the more than 170,000 people who moved from the vicinity of San Francisco, Berkeley, and Oakland in 2020, the vast majority relocated elsewhere in California, according to United States Postal Service change-of-address data analyzed by CBRE, a real estate company. About 20,000 moved to the San Jose area, for example. A further 16,000 went to Los Angeles, nearly 15,000 to Sacramento, and 8,000 to Stockton, in California’s Central Valley. The more than 77,000 people who left the San Jose metro area, a proxy for Silicon Valley, went to similar places: San Francisco, Sacramento, and Los Angeles. In February, The San Francisco Chronicle reported similar numbers using Postal Service data. The net migration out of the San Francisco and San Jose regions — that takes into account people who moved in — was about 116,000 last year, up from about 64,000 in 2019, according to the analysis of the Postal Service data.

Nearly every year for several decades, thousands of more residents have left Silicon Valley and San Francisco than moved in, according to state data. Often, this movement is offset by an influx of immigrants from other countries — which was limited during the pandemic. The majority of those who left the Bay last year, the real-estate firm’s analysis found, were young, affluent, and highly educated — demography that describes many tech workers. It’s a group that wants urban amenities like bars, restaurants, and retail shopping, said Eric Willett, CBRE’s director of research. “That’s the group that left urban centers in large numbers,” he said. It is also the group “that we are increasingly seeing a move back.” There were some prominent industry defections from the Bay Area over the last 18 months. Oracle and Hewlett-Packard Enterprise moved their headquarters to Texas. The software maker Palantir moved its headquarters from Palo Alto to Colorado. Elon Musk, the chief executive of Tesla, said he was moving to Austin.

“CA has the winning-for-too-long problem,” Mr. Musk wrote on Twitter in October. “Like a sports team with many championships, it is increasingly difficult to avoid complacency & a sense of entitlement.” Miami’s mayor, Francis X. Suarez, campaigned to lure tech workers to his city, and he was joined by some high-profile investors who said they had found a better life in South Florida. But the analysis of Postal Service data found that Austin was the 13th-most-popular destination for people leaving San Francisco. Miami was 22nd. Also not as well noticed in the exodus headlines: Oracle and HPE told most Bay Area employees that they would not need to leave. Now some companies are expanding their Bay Area footprints. Google said in March that it would spend $1 billion on California developments this year, including two office complexes in Mountain View. The company is also building a massive, mixed-use development that includes 7.3-million-square-foot office space in San Jose. In September, Google will reopen its doors to employees. Most will come in three days a week.

Twitter is also opening a 30,000-square-foot office in San Jose’s Santana Row this fall and an Oakland building next year, said Jennifer Christie, the company’s chief human resources officer. The share of Twitter’s workforce in San Francisco declined to 35 percent last month, from 45 percent a year earlier, as the company grew quickly elsewhere, Ms. Christie said. But the total number of Bay Area employees is similar: about 2,200, compared with 2,300 last year. About 45 percent of employees at Twitter said they wanted to return to the office at least part-time, Ms. Christie said, but she expects that number to grow. “I do think there’s a good number of people who still want to be in the San Francisco area,” she said. At Cisco Systems, a tech gear maker that is one of San Jose’s biggest employers, just 23 percent of employees want to return to the office three or more days each week. But many who prefer to work remotely will do so from nearby, said Fran Katsoudas, the company’s chief people officer. People have expressed a desire for work flexibility “more than a desire to have a different location,” she said.

Some tech workers have found compromises — or at least a way to avoid long commutes. Annette Nguyen, 23, who works for Google’s ad marketing team, appreciated the outdoor space and lack of a commute when she moved from San Francisco last year to live with her parents in Irvine, Calif. She plans to return to the Bay Area in August, but will live near her office in Silicon Valley. “I couldn’t imagine spending three hours a day commuting anymore like I used to,” she said. Of course, some of the people who moved away are gone for good. Others are still in the process of leaving. Steve Wozniak, who founded Apple with Steve Jobs, said he and his wife had recently bought a house in a Denver suburb, Castle Pines, and would likely live there at least part-time. He was eager, he said, to fulfill a lifelong dream of living close to the Colorado snow and away from the California crowds. “I don’t think people want to go back full time when they have the sort of job that can work well from home,” Mr. Wozniak, who currently lives in Los Gatos, Calif., said in an interview. “We’ve learned something that you really can’t take back.”