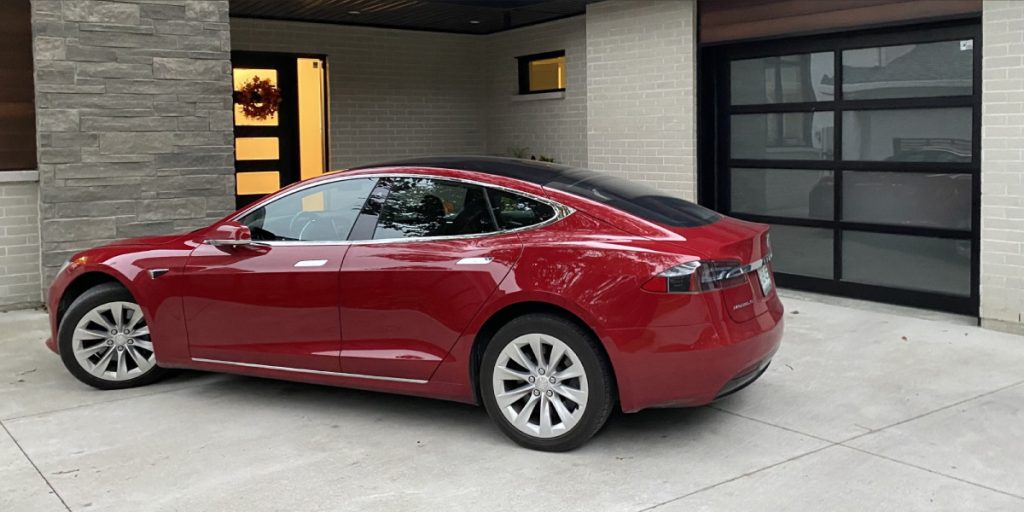 The move delighted fans of CEO Elon Musk and Tesla, but it risks drawing the ire of federal vehicle safety authorities who are already investigating the automaker for possible safety defects in its driver-assistance systems.

FSD Beta is an unfinished version of Tesla’s premium driver-assistance software, FSD, which the company sells in the U.S. for $10,000 upfront, or $199 a month.

FSD is marketed with the promise of enabling a Tesla to automatically change lanes, navigate on the highway, move into a parking spot, or roll out from a parking spot to drive a small distance at a slow pace without anyone behind the wheel.

FSD Beta gives drivers access to an “autosteer on city streets” feature, which has yet to be perfected and enables drivers to automatically navigate around urban environments alongside other vehicles, pedestrians, bicyclists and pets without moving the steering wheel with their own hands. Drivers are supposed to remain attentive, however, with both hands on the wheel and prepared to take over driving at any time.

The company previously made FSD Beta available to about 2,000 people, a mix of mostly employees and some customers, who test it out on public roads even though the software hasn’t been debugged.

The new download button could ostensibly lead to a rapid expansion in the number of participants who are not trained, professional drivers.

Last week, when CEO Musk announced new details about the FSD beta button, Jennifer Homendy, the head of the National Transporation Safety Board, voiced concern over the company’s plans in an interview with The Wall Street Journal.

Homendy said, “Basic safety issues have to be addressed,” before Tesla expands FSD Beta to other city streets and regions. The NTSB chief was also displeased that the company was conducting testing of the unfinished product with untrained drivers on public roads in lieu of safety professionals.

Homendy also remarked — and in interviews with Autonocast, an industry podcast, and the Washington Post — that Tesla’s use of the term Full Self-Driving for a “level 2” driver assistance system is misleading and confusing.

Musk himself said last week in a tweet that FSD Beta now seems so good it can give drivers the wrong idea that they don’t need to pay attention to driving while FSD Beta is engaged, even though they are supposed to remain attentive and at the wheel at all times.

On Saturday, after Tesla enabled the “request full self-driving beta” feature in its vehicles — a fan blog named Teslarati shared a post on Twitter asking, “Does Tesla have a fair chance after NTSB Chief comments?”

Musk replied to them on Twitter with a link to the Wikipedia biography of Homendy. While Musk has previously urged his tens of millions of followers on Twitter to alter a description of his own career on Wikipedia, he shared this link to Homendy’s bio there without comment.

CNBC reached out to Tesla and the NTSB — neither was immediately available to comment on Saturday.

Musk has been promising Tesla owners an FSD beta download button for months. In March 2021, he wrote in a tweet that the forthcoming button would give users access to the latest FSD Beta build as soon as their car connected to Wi-Fi.

He changed that approach, however. Now, Tesla has a calculator it uses to give drivers a “safety score,” and determine who will be allowed to get and use FSD Beta software.

Screen-shots shared with CNBC by Tesla owners with FSD indicate that the company’s “safety score” is akin to an insurance risk factor score.

Tesla’s system does not, at this time, appear to measure and account for how often drivers fail to keep their hands on the wheel, how quickly they take over driving when prompted, or how consistently they keep their eyes on the road.

Only users who have a great driving record for a full week, in Tesla’s view, may gain access to FSD Beta.

Before Tesla released its FSD Beta button (and the 10.1 version of FSD Beta, which is expected this weekend, too) CNBC asked the California DMV Autonomous Vehicles Branch how pervasive and safe FSD Beta-equipped vehicles have been in use in the state so far.