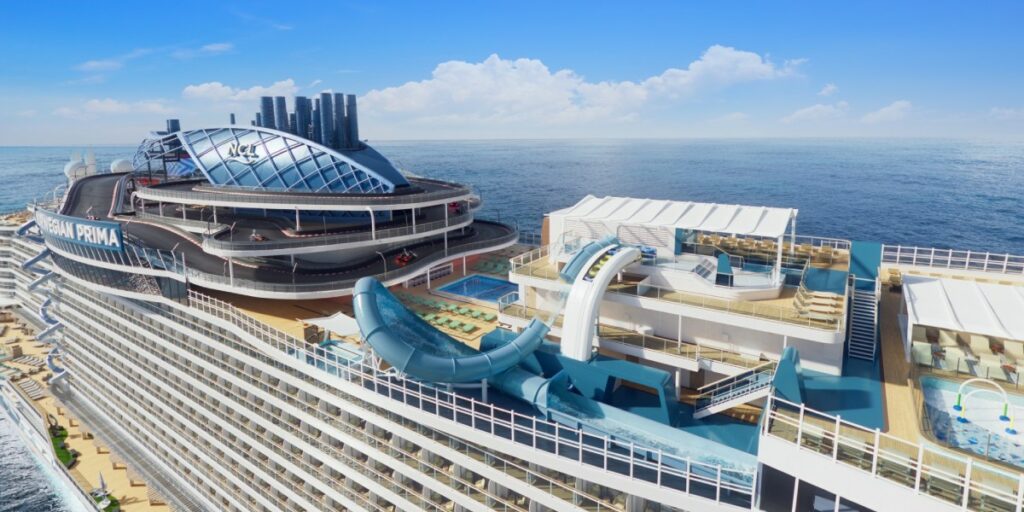 Norwegian Cruise Line (NCL), the innovator in global cruise travel with a rich history of breaking boundaries, today announced its latest EMBARK with NCL Series, “The Evolution of Innovation,” a showcase of the history of cruising as well as the Company’s 55-year legacy of pioneering and defining vacation experiences at sea.

With just a few weeks away from the highly anticipated debut of Norwegian Prima, this three-part program chronicles the Company’s groundbreaking moments, and series of firsts, which revolutionized modern-day cruising and prepared it for this next evolution of the brand.  In this new episode of EMBARK, viewers are guided through NCL’s storied journey, from being the first cruise line to offer roundtrip voyages to the Caribbean in 1966 to the Company’s new Prima Class of ships, debuting in August 2022.

In each episode, an element of NCL’s innovative, multifaceted and guest-centered focus is illustrated through the unique perspectives of NCL executives, long-serving staff members, loyal guests, and remarkable individuals who played key roles in the Company’s evolution from the very beginning.  Bringing viewers along Norwegian’s storied past, present, and future, the episodes offer viewers the opportunity to take an exclusive peek into the history of the brand, with never-before-seen interviews and archived footage, as well as a first look at the exceptional class of vessels that will define NCL’s future.

Norwegian Cruise Line President and Chief Executive Officer Harry Sommer said, “Since 1966, Norwegian Cruise Line has set industry-leading standards for the ultimate vacation experience. ‘The Evolution of Innovation’ documents the Company’s pioneering heritage and provides a look into the future, one built on creativity, style, and an uncompromising commitment to our guest.”

The three episodes include “History of Innovation,” “The Evolution of Entertainment” and “The Future of the Cruise Experience.”  The first episode premieres Thursday, Aug. 11, 2022, at 8 p.m. ET  and on Facebook, before all three episodes are made immediately available on-demand.

CELEBRATINGEVOLUTION INNOVATIONLINE DEBUTSNORWEGIAN CRUISE
Previous ArticleRenBridge Was Used by Hackers and Scammers to Launder $540 Million, According to a ResearchNext ArticleDemo of the Ai Chatbot From Meta Quickly Starts Spewing Forth Incorrect Facts and Racist Remarks