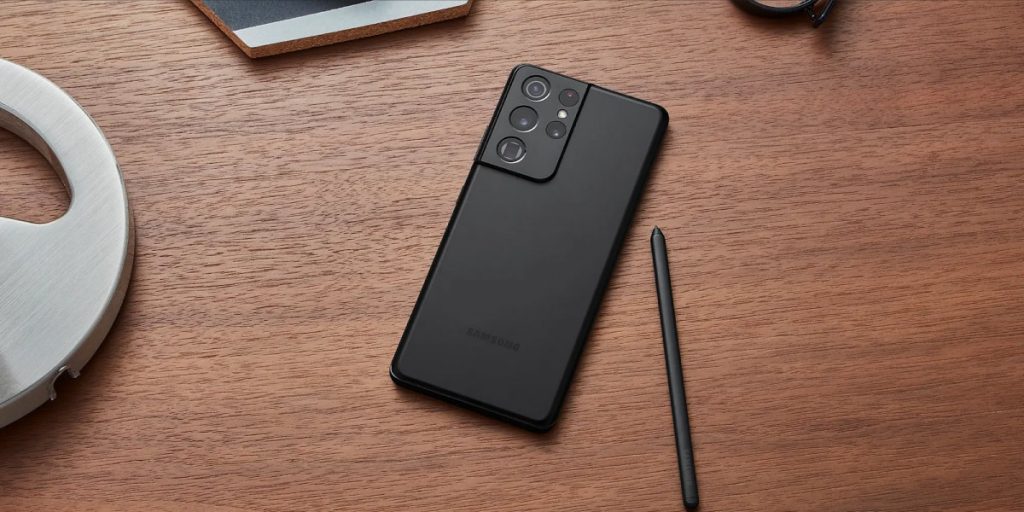 It’s never too early to start talking about new Samsung phones, is it? OnLeaks has a series of renders out for the Galaxy S22. These are usually based on CAD renders given to case manufacturers, and while they might get some of the smaller details wrong, the cutouts, camera block, and other major features should be correct.

First up is a Galaxy S22 Ultra render, and here’s a shocker: it has an S-Pen! Samsung killed the Note line this year to focus on foldable phones, but it apparently still can’t let the idea of phone handwriting go. Samsung has shipped pen accessories for the S21 Ultra and Galaxy Z Fold 3, but those required some kind of case for storage. This render shows the S22 Ultra with the telltale oval along the bottom edge, just like an old Note phone. Push it in and the pen will pop out.

The upside to an integrated S- Pen is that if you want to do handwriting on your phone, you’ll always have the pen with you. The downside is that the S22 Ultra battery will be smaller than it could be, because a lot of space is taken up by the pen holder. It’s also a huge bummer for anyone who wants a premium Samsung phone but has no interest in handwriting because they’ll have to put up with the pen sucking up battery space. You don’t get a choice.

Designing around the S-Pen holder means the S22 Ultra generally has a Galaxy Note 20-style design. There’s a flat top and bottom edge, and the tall corners make the phone a full rectangle, giving the S-Pen a bit more space to be stored. The front screen is a full rectangle, too, with only minimally rounded corners. The phone still has a hole-punch camera, instead of the under-display selfie cameras that Samsung packed into the Galaxy Z Fold 3.

The only major departure from the Note 20 design is the rear camera block, which now has a chunk missing from the bottom-right corner (so it forms a “P” shape). The missing chunk is across from the periscope camera lens; previously the Galaxy S21 Ultra needed that space for the periscope camera, which took up a lot of space horizontally. Now, it does not seem like the normal periscope footprint will fit.

OnLeaks also has renders of the base model S22 and S22+, which look identical to last year’s models.

The most interesting thing about the S22 phones should be the SoC. Samsung is going all-in on its in-house Exynos chips and starting a partnership with AMD, which will supply the GPUs to match up with ARM-designed CPUs. Samsung and AMD announced this partnership back in 2019, and Samsung’s Exynos division said the fruits of that partnership should be visible in its next flagship product, which would be the Exynos 2200 SoC scheduled for the S22.

Samsung typically doesn’t ship Exynos chips in many parts of the world, choosing to split the lineup with Qualcomm for major markets like the US and China, but we have a hard time imagining the company would introduce Radeon + Exynos SoCs and not roll them out everywhere. Samsung has done a worldwide Exynos launch before with the Galaxy S6, and its recent work with Google on the Pixel 6—which will bring an Exynos modem to the US for the first time in years—shows the company is ready to branch out into more territories.