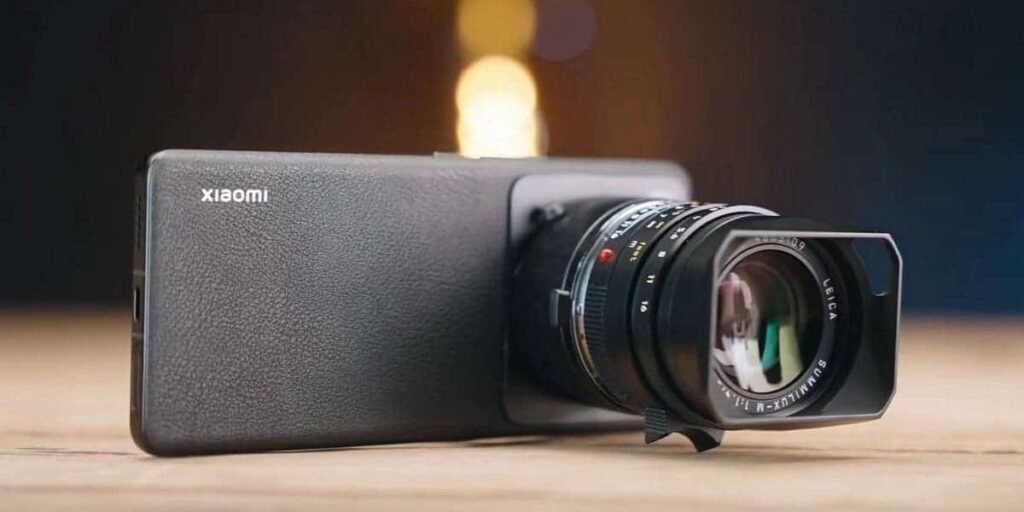 The Xiaomi 12S Ultra surprised us with its 1-inch camera sensor and Leica co-branding back in July, but it turns out that the Chinese brand was working on something far more ambitious at the same time. Earlier today, the “Xiaomi 12S Ultra Concept Phone” was unveiled with an appearance almost identical to the namesake flagship device, but with a second 1-inch 50.3-megapixel sensor occupying the middle of the camera island instead. On top of that, this new sensor is designed to work with an interchangeable Leica M lens.

Interestingly, Xiaomi has instead chosen to shield this additional 1-inch sensor (also a Sony IMX989 with 10-bit RAW support) underneath a large, circular piece of durable sapphire glass, as opposed to cutting out an opening for it as you’d find on traditional interchangeable lens cameras. While this would protect the sensor against dust and larger foreign objects, we do wonder how this extra layer of glass would affect the overall optical transmittance. But hey, better safe than sorry.

Meanwhile, the 48-megapixel ultra-wide camera that was originally positioned in the middle of the camera island has been shifted to the side, taking up the space that once housed a 48-megapixel periscopic telephoto camera.

As shown in Xiaomi’s video, in order to install an interchangeable lens onto this 5G concept phone, you must first unscrew the protection ring around the rear camera island, then by way of an adapter, you’ll be able to mount any Leica M lens. As captured by a Xiaomi staffer in the above photo, the full assembly with a Leica Summilux-M 35mm f/1.4 ASPH lens looks rather impressive from the side. Previously, the closest thing to this intriguing combination would be one of those Yongnuo 4G-connected Android cameras (which never left China). Or you may travel further back in time and reminisce about the good old days with the Samsung Galaxy NX.

Xiaomi stopped short of saying whether the 12S Ultra Concept Phone will ever be mass-produced. All we know is that this project was developed alongside the actual 12S Ultra, and in the end, only 10 units of the former were made. A few of those samples were seeded to some lucky influencers for some quick hands-on time, but with each unit costing around 300,000 yuan or about $41,210 to make, they better not drop them.