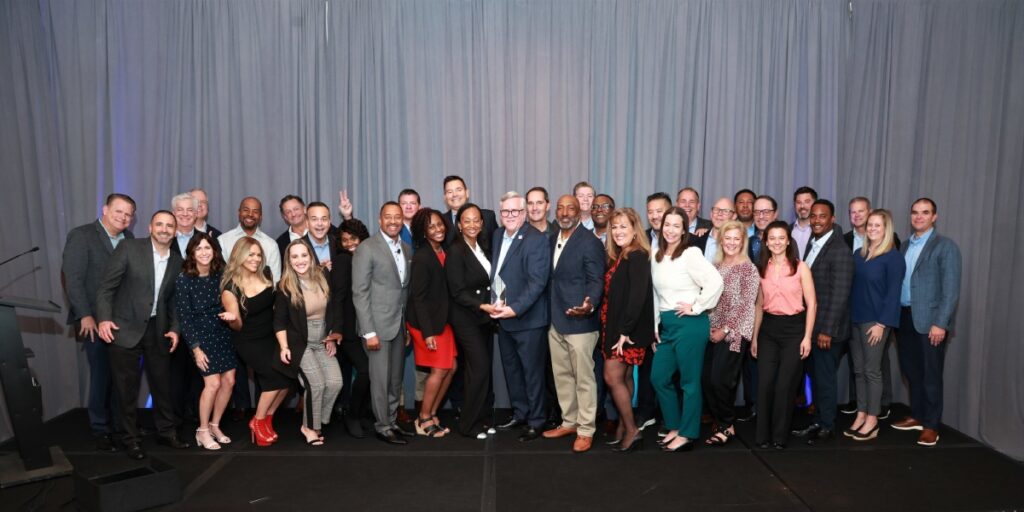 The Seventh Annual Diversity Volume Leadership Awards (DVL) were presented this morning by the National Association of Minority Automobile Dealers (NAMAD) and S&P Global Mobility (formerly IHS Markit) during the program at the 2022 Annual NAMAD Conference at the Fontainebleau Miami Beach Hotel. The Awards program celebrates brands that are driving sales leadership with ethnic consumers.

U.S. Census statistics predict that by the year 2045, ethnic minorities will be the “Future Majority.”

“The ‘Future Majority’ reality was echoed throughout this year’s Awards ceremony and showcased the tremendous impact ethnic car buyers have on the economy and brought awareness to the lack of diversity that still remains in the automotive industry,” said NAMAD President Damon Lester.

During the Awards Program and Conference, NAMAD and S&P Global Mobility partnered to celebrate brands that are driving sales leadership with ethnic consumers, while also addressing and educating the industry about the necessity of a dealer body that reflects the United States increasingly diverse population.

Winners of the prestigious DVL Awards demonstrated the highest new vehicle registrations with ethnic consumers. This year’s awards were based on an analysis of data from S&P Global Mobility representing the 2022 model year.

“The initial goal of the DVL Awards was to create awareness within the U.S. auto industry of the top vehicles purchased by ethnic consumers,” said Marc Bland, Chief Diversity Officer, S&P Global Mobility. “But now the game has changed, and the ‘Future Majority’ designation is real. We’re honored to recognize these top models and their respective manufacturers in support of their efforts to reach increasingly diverse consumer groups.”