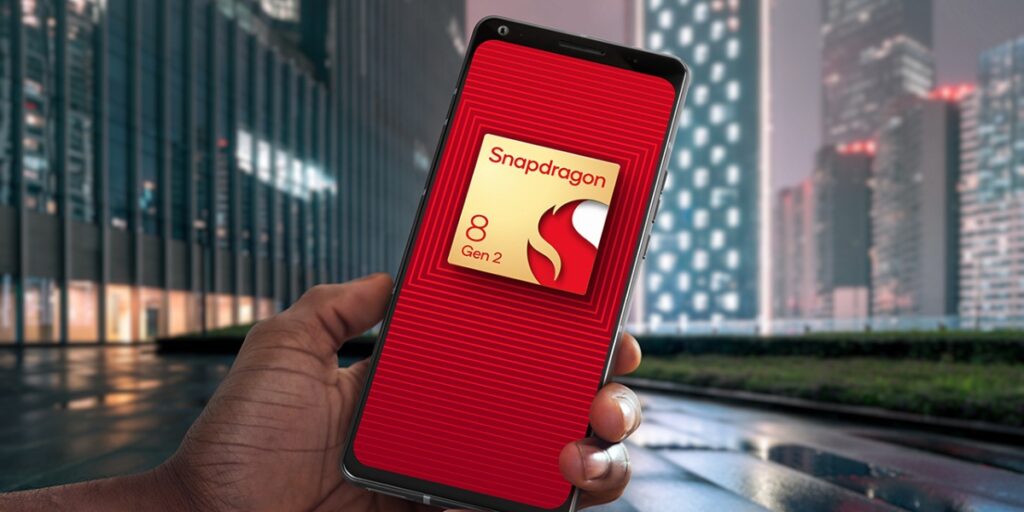 Qualcomm has announced its latest flagship mobile chipset, the Snapdragon 8 Gen 2. Along with making it more powerful and efficient than Gen 1 chips, Qualcomm says it has packed more AI smarts into the new platform.

The Snapdragon 8 will tap into the latest Qualcomm AI Engine and upgraded Hexagon processor to offer “faster natural language processing with multi-language translation and advanced AI camera features,” the company claims. The processor has architectural upgrades that will enable up to 4.35 times the AI performance of Gen 1 chips, according to Qualcomm. There will be support for an AI precision format called Int4, which the company suggests will lead to a 60 percent performance/watt improvement over the previous-gen chipset for sustained AI inferencing. Meanwhile, the Sensing Hub will have dual AI processors, which can support features such as custom wake words.

Qualcomm notes that the upgrades will enable new camera-focused features as will. It says Snapdragon 8 Gen 2 will enhance photos and videos automatically and in real-time using semantic segmentation. This harnesses an AI neural network to make the camera aware of and individually optimize elements such as faces, hair, clothes and skies. Qualcomm has tuned the chipset to support new sensors, such as Samsung’s 200-megapixel Isocell HP3. Meanwhile, this is the first Snapdragon model with an AV1 codec that supports 8K HDR playback at up to 60 frames per second.

There’s an intriguing feature for mobile gamers: Qualcomm says there will be real-time hardware-accelerated ray tracing, which should improve the visuals on supported games. The company claims the latest Adreno GPU and Kyro CPU deliver over 25 percent faster performance and 40 percent more power efficiency than the Gen 1 chip. Qualcomm adds that it will offer the first mobile-optimized support for the Unreal Engine 5 Metahumans Framework, claiming that this will let players “experience photorealistic human characters in their games.”

On the connectivity front, the Snapdragon 8 Gen 2 will use AI to manage 5G download speeds, latency, coverage and power efficiency. There will be support for dual 5G SIMs as well as WiFi 7 (with speeds of up to 5.8 Gbps). In terms of audio, phones that use the chipset will be able to offer spatial audio with dynamic head tracking, 48kHz lossless music streaming and latency as low as 48ms.

Qualcomm notes that the first phones with the Gen 2 chipset should be available by the end of the year. Partners including ASUS Republic of Gamers, Honor, Motorola, OnePlus, Oppo, Sharp, Sony, Xiaomi and ZTE plan to use the chip in their devices. There’s likely to be more news from Qualcomm in the coming days, as the company is hosting its Snapdragon Summit this week.

Gen 2 ChipHardwareQualcommRay TracingSnapdragon 8
Previous ArticleKarma Automotive Has Delivered the First of Its Electric Commercial VehiclesNext ArticleIn the 2022 Edition of the LegalTech Breakthrough Awards, Assembly Software Took Home the Honor for “Case Management Innovation of the Year”