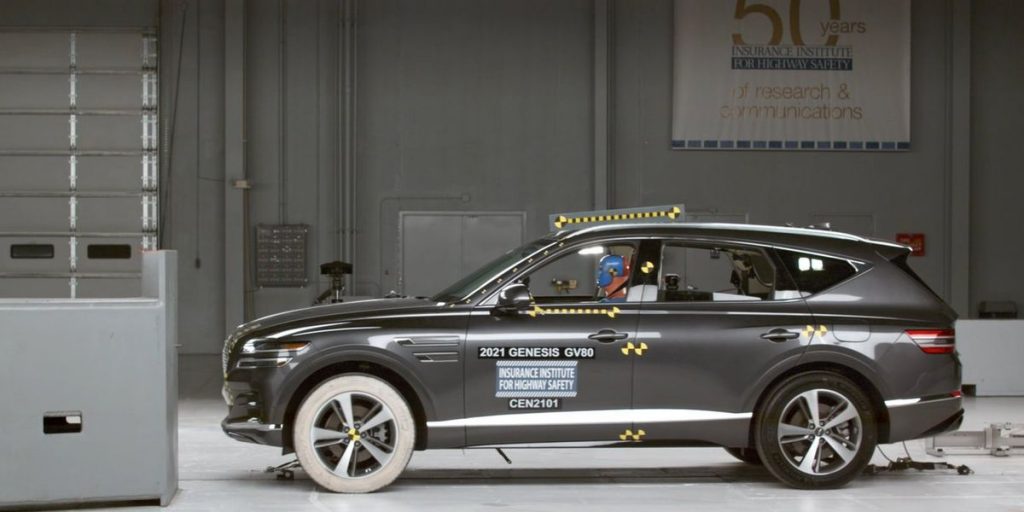 Not only are we all getting older, but a larger percentage of the U.S. population is crossing demographic benchmarks. In 2018, the U.S. Centers for Disease Control (CDC) said there were 45 million licensed drivers aged 65 or over, a 60% increase from the year 2000. In 2030, the youngest Baby Boomer will be older than 65. Based on birth and death rates, come 2034, the U.S. Census Bureau says those 77 million Baby Boomers “are projected to outnumber kids for the first time in U.S. history.”

As age and infirmity shrink their usable worlds, senior drivers—those 65 and over—don’t want to give up their car keys, the last and literal keys to independence. Yet automakers and tech companies pumping R&D budgets into more advanced car-centric technologies won’t make the coming years easier for the aged. Even admitting that senior drivers aren’t given the credit they deserve for navigating an increasingly tech-saturated world, it’s obvious that advanced age, advanced tech, and driving make a tough equation.

Global innovation consultancy EPAM Continuum is working on a solution called Silverkey. You’ve probably never heard of the company, but you have heard of its work. It developed the Swiffer for P&G and Reebok’s Pump shoes. EPAM Continuum also helped Audi roll out a car-sharing program in San Francisco that’s headed for a European rollout.

“We’re trying to bring a lot of disparate technologies into a package that felt digestible for seniors,” Dustin Boutet, EPAM’s director of innovation consulting, said during a 45-minute presentation about the technology.

Because Silverkey needs access to advanced driver-assistance systems so those systems can be tailored to seniors, the in-car components need to be integrated into a vehicle’s development—meaning that before any of this helps anyone, the developers need to find an automaker to work with. They imagine Silverkey one day being an available option.

So, what would that option actually do? In concept, the driver learns the range of Silverkey-specific notifications while the vehicle spends its first days on the road learning about the driver and collecting data. Max Bischoff, the project’s lead design engineer, said that data includes speed, driving frequency, eye tracking, and heart rate monitoring. After a few days, Silverkey devises a safety score that sets a baseline for the performance of the driver (and the driver’s family) and can use to measure improvement and decline.

Based on what the program learns, the system provides coaching to deal with situations like merging, parallel parking, maintaining speed on the highway, or passing other vehicles. Assuming the driver opts for coaching when an upcoming trip is planned, Bischoff said, the app-based portion of the technology could provide “a detailed breakdown of what that trip is going to look like so you can see when a coaching module would activate, you might see some tricky spots on the road that might give you trouble, and you could get a visual preview of what those are going to look like.”

That “digital walkthrough” can help seniors make an informed dry run of the trip—something a group of seniors who have been consulting with the project said they already do when planning an outing. Some senior drivers mentioned sometimes avoiding destinations where they know that have to perform maneuvers they aren’t comfortable with, like parallel parking. Also, by understanding a specific driver’s needs and route preferences, Silverkey can recommend tailored driving times.

Then there’s the module built to assist with merging. When activated, the vehicle can employ a range of displays that include indicating the ideal speed for merging with traffic and projecting arrows onto the windshield and road to where to merge. For seniors with poor eyesight, signage could be projected onto a cabin display.

EPAM Continuum even envisions the system being able to take over driving duties after a close call, giving the driver a 10-second cooldown period.

After the trip, the relevant coaching module would provide a complete breakdown of the coached event and how the driver responded to Silverkey’s assistance, including biometric data like eye tracking and heart rate monitoring.

It seems like a lot of homework for the driver, but seniors would be able to choose more or less engagement with Silverkey. “A lot of seniors were very self-aware of their driving ability, and as they saw it start to decline, they were willing to do whatever it takes to stay on the road,” Boutet said. Bischoff added that some seniors would say, “Maybe my driving is bad, but [life is] much, much worse if you take away my keys”.

As part of a 2013 study conducted by the pharmaceutical companies Pfizer and Generations United, respondents said it was more difficult to ask their parents to stop driving than it was to discuss their wills and funeral requests. The web is full of advice on the topic, seeing as the issue presents manifold concerns for families: data from the U.S. Centers for Disease Control and Prevention and the AAA Foundation for Traffic Safety show that vehicle crash rates increase after the age of 60 and drivers over 75 suffer disproportionately from injuries and fatalities.

By sharing Silverkey data like the safety score with family—an opt-in part of the experience—everyone is clear on where the driver stands. Since the rules of aging demand that the safety score will eventually decline, an objective number provides a starting point for conversations about when a driver should begin to limit certain kinds of driving, or even hand over the keys.

The goal is to help seniors drive longer, but Silverkey also aims to expand the community circle by creating local networks of Silverkey drivers, creating something like an Uber for seniors, driven by other seniors.

This is a passion project at the moment, with a small development team working on it in their spare time. For now, the quest is to get an automaker to consider this kind of technology integration. Asked if current technology is ready for Silverkey’s demands, Boutet said he imagines it taking about five years to fully realize their desired head-up and augmented reality displays.

“We really wanted this to not just be an in-car experience,” Bischoff said, “but to incorporate all of these external touchpoints that are part of the driving experience—things like maintenance, community, [and] family members that might be interested in their loved one’s driving abilities”.