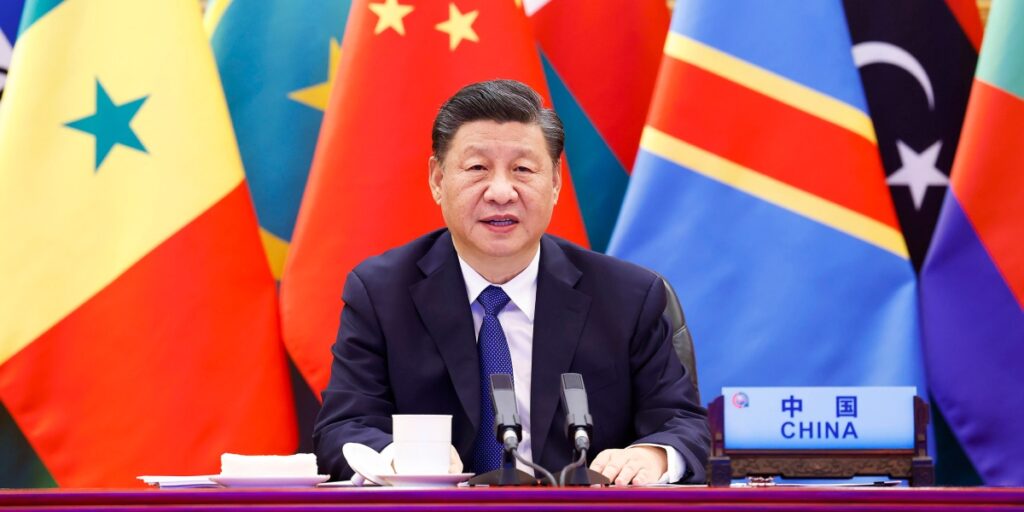 The Chinese economy might be slowing, but the global ambitions of President Xi Jinping certainly are not. Everything Xi does on the economic, diplomatic, and military fronts sends an unmistakable message that China intends to supplant the United States as the world’s preeminent power.

To check China’s ambitions, U.S. lawmakers should advocate for policies that strengthen America across the board, from rebuilding our military to encouraging innovation in the private sector.

Further, Congress should pass legislation to ban Chinese apps such as TikTok and WeChat, which gather millions of pieces of information about American citizens. India took such action against over 350 Chinese apps. It should concern legislators that three of the most popular apps and devices with young Americans today – TikTok, retail giant Shein, and DJI drones – are all headquartered in Beijing. One can only imagine what they are doing with the data of millions of Americans.

Instead, some in Congress are advancing an agenda that undermines America’s leading tech innovators, one of the last areas where the U.S. maintains an advantage over Communist China.

The American Innovation and Choice Online Act (AICOA) championed by Senator Amy Klobuchar, D-MN, is one such piece of legislation. The AICOA grants sweeping authority to federal antitrust agencies, including Lina M. Khan, Chair of the Federal Trade Commission, that would certainly be used to hobble some of America’s greatest companies.

Klobuchar’s legislation allows regulators to arbitrarily target online platforms over a certain size if they are deemed guilty of a new set of “violations,” including selling their own products to consumers who wish to purchase them.

Similarly, the Open App Markets Act would place U.S. companies at a structural disadvantage vis a vis their Chinese competitors. Most importantly, the act would remove vetting safeguards that protect consumers from unscrupulous app designers, some of whom could be foreign agents.

In addition, a third bill, a revised version of the Journalism Competition and Preservation Act JCPA, first introduced in 2018 to give news publishers an exemption from antitrust law so they could work together to negotiate against Google and Facebook, has been updated and expanded (known as JCPA 2.0) and now shares many of the concerning provisions found in AICOA.

Unlike U.S. legislation that punishes our best companies, the CCP’s “Made In China 2025,” plan aims to overtake the U.S. in every facet of global high-tech manufacturing – A.I., robotics, and cyber, to name a few.

Unlike China’s state-run industrial operations, it is the private sector – not the government – that drives U.S. innovation. Most of the research and development responsible for our edge in military platforms, space exploration, communication technologies, and life-saving vaccines, is paid for by private sector companies. They invest their own time, resources, personnel, and capital to invent the tools that we will use in the future. Last year alone, the top six U.S. tech companies spent a combined $140 billion in research and development. To put that number in perspective, it is $30 billion more than the Pentagon spent on research and development.

Constraining American tech companies is detrimental to our national security and will undercut the prosperity that such enterprises have fostered for the past three decades.

While some in Congress distrust and villainize the tech sector, our partners and adversaries alike understand what an asset the tech sector is to our nation. A Wall Street Journal headline declared, “Big Tech Is the West’s Surprise Weapon in Competition With Russia, China.”

While there are legitimate concerns about censorship and disinformation on tech platforms, creating a new antitrust regime that could break up our most successful companies is not the right response. Current antitrust laws, which focus on consumer welfare, are working.

There are numerous lawsuits currently pending against tech companies for alleged anticompetitive actions. Those suits will play out. The litigants and courts do not require any additional statutes to resolve the matters.

Moreover, the free market is working when it comes to corporate overreach on censorship and disinformation. For example, Netflix recently lost $50 billion in market cap and nearly 1 million subscribers, because viewers are not interested in documentaries from the Sussexes or content from the Obamas. Consumers are sending tech a message. Likewise, Twitter faced a tender offer from libertarian Elon Musk that has yet to play out.

America must maintain its edge in the technology sector. As we have seen in Ukraine, U.S. tech leadership has real-world national security consequences for the U.S. and its allies. But we cannot take our status for granted. Today, five of the top 20 global technology firms are based in China. If we hobble our private sector innovators by passing anti-innovation legislation, China’s position will grow and grow fast. America will, in turn, suffer.

CongressStop ChinaTech InnovatorsUndermine American
Previous ArticleIoT, Artificial Intelligence, and Machine Learning Are Just Some of the Applications and Use Cases for Data MeshNext ArticleThe Interpretability of AI, Ml, and Dl Tutorials by Bhusan Chettri