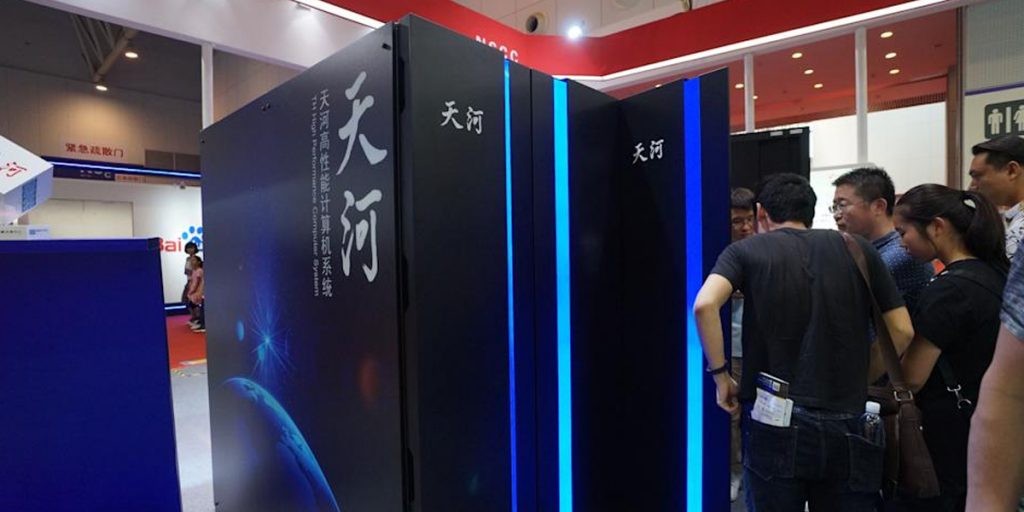 The US has blacklisted seven Chinese groups it accuses of building supercomputers to help its military.

On Thursday, three companies and four branches of China’s National Supercomputing Center were added to the US blacklist.

This bars American companies from exporting technology to the groups without proper approval.

The US commerce department said the groups were involved in building supercomputers used by Chinese “military actors” and facilitating programmes to develop weapons of mass destruction.

The sanctioned groups are leading China’s supercomputing development and are key players in Beijing’s plan for chip self-sufficiency.

US Commerce Secretary Gina Raimondo said the Biden administration would use “the full extent of its authorities to prevent China from leveraging US technologies to support these destabilizing military modernization efforts”.

The Trump administration had also targeted dozens of Chinese companies it suspected of using American technology for military uses, including phonemaker Huawei.

While the blacklist bars US-based companies from providing services and products to the Chinese firms, it doesn’t bar those that are produced in facilities outside of the US.

One such company is TSMC, the Taiwan-based company that has become the world’s most advanced semiconductor manufacturer.

What is a supercomputer?

Supercomputers have a considerably higher level of performance compared to a general-purpose computer and can make billions of calculations per second.

Supercomputers are made up of thousands of connected processors and are used for functions like forecasting weather and climate trends, simulating nuclear tests and for pharmaceutical research.

They are also necessary for the development of advanced weapons such as hypersonic missiles.

“Supercomputing capabilities are vital for the development of many – perhaps almost all – modern weapons and national security systems, such as nuclear weapons and hypersonic weapons,” Ms Raimondo added.

The US is worried about China gaining access to American technology that helps its army close the gap with the US military.

The Biden administration is currently reviewing dozens of China-related actions that Donald Trump took, including an order that prohibits Americans from investing in Chinese companies believed to be linked to the military.

“Do you think China is waiting around to invest in its digital infrastructure or research and development? I promise you, they are not waiting,” Mr Biden said in a speech on Wednesday.

Mr Biden said China and the rest of the world “are racing ahead of us in the investments they have in the future”.