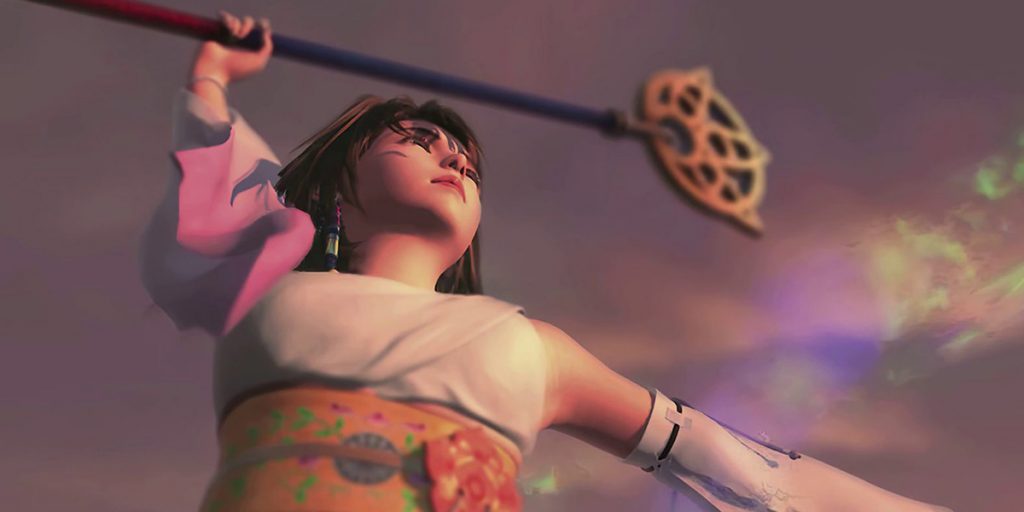 Twenty years ago, when photorealistic games were still just a faraway dream, companies like Square sent our imaginations soaring before we played, with big-budget intros and cutscenes. Long before Overwatch normalized the practice of releasing Pixar-quality animated shorts for each new character, Blizzard’s Diablo II and Capcom’s Onimusha 3 put us in the demon slaying mood with incredible mini-movies stretching to six minutes each.

But if you dare try watching these classics on a modern 4K TV or even a 1080p monitor, they’ll look like a pixelated mess. That’s where a YouTube channel named Upscale and machine learning comes in — making them look nearly as good as they did on your old CRT. Or perhaps even better. It just depends how well the game’s art style works with the AI algorithms that are bringing it back to life.

The Kingdom Hearts intros, for instance, look incredible. I scanned around, and I’m willing to call these the definitive versions currently in existence.

You have to check out the hair in World of Warcraft’s intro. It left me in awe, and the video includes a before-and-after comparison, too.

Here’s the legendary six-minute Onimusha 3 opening cinematic at 4K 60 fps. It’s not perfect, but it’s the best I’ve ever seen it. More than good enough to share with people who need to understand this piece of gaming history.

And I’m not particularly fond of Upscale’s attempt at Dirge of Cerberus. Thankfully a handful of other YouTube channels are also trying these machine learning techniques, and I think The Gaming Restoration nailed it.

These enhancements are all made possible through a piece of software called Topaz Video Enhance AI, aka Topaz Gigapixel, and we’ve written a bit about it before — it’s the same generated adversarial network technique some modders are using to upscale the graphics of playable games themselves, now applied to their cutscenes as well. For $299, the company will sell you an app that can spit out videos like these in a handful of hours, depending on your PC’s GPU, how long, and how high a resolution you need. I know, because I took it for a spin with a handful of anime music videos and game trailers myself, and was impressed just how easy it could be.

The important thing to know, though, is the images the computer spits out aren’t necessarily “truth” — it can invent details that aren’t there, or smudge ones that are, in the sometimes-inappropriate pursuit of clarity. I found 4K videos would sometimes look better than 8K, and you really have to pick the right algorithm for the content you’re trying to upscale and compare quick previews before you commit.

Here’s two different algorithms trying to enhance the same scene in Gundam Wing, so you can see what I mean.

To be clear, these are both enhanced images, but one is arguably wrong: this is an ethereal, dream-like sequence where the background is supposed to be soft and blurred, not sharp and flat. Of course, the algorithm doesn’t know that.

If you’d like to see a couple examples where I tried to enhance some old content myself, click here and here. ExtremeTech’s Joel Hruska also has a great series about trying to remaster Star Trek: Deep Space Nine.

Truth be told, I’ve hesitated to write about Upscale for The Verge, because I figured lawyers would shut it down any minute, or Upscale’s creators would get bored and stop posting. But I’ve been waiting and watching for nearly a year, and it hasn’t gone away yet. If you’re a big video game industry executive, would you perhaps consider not firing ze copyright missiles?

At least until you’ve done a better job of remastering these cutscenes yourself, I mean.

Remastering Classic GamesUpscale
Previous ArticleAmazon Is Signaling a Growing Interest in CryptocurrencyNext ArticleFreedom Phone: Why You Should Avoid It and What Else To Know