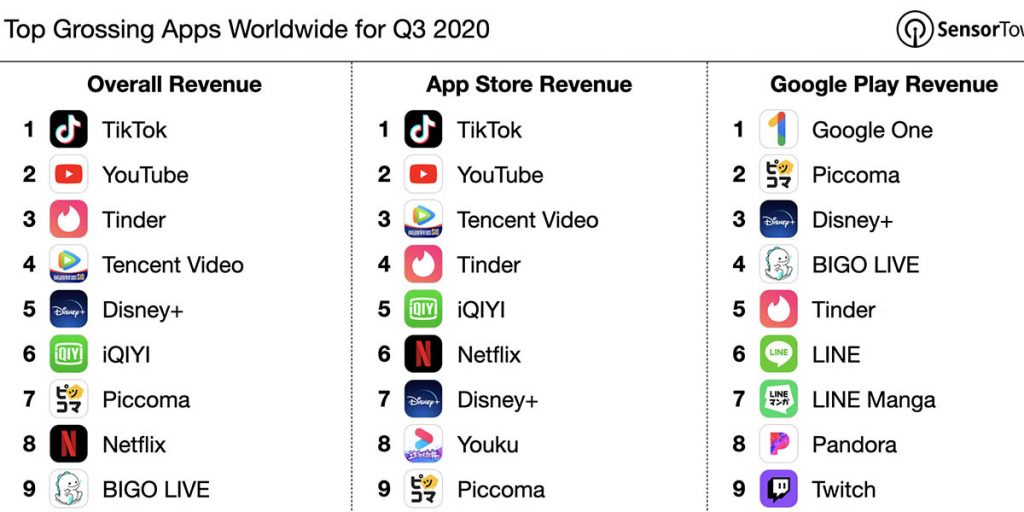 TikTok and PUBG Mobile are the highest-earning apps across both App Store and Google Play store in the third quarter of 2021, according to Sensor Tower’s latest report. While TikTok was the top-grossing app worldwide, PUBG reigned supreme in the worldwide gaming category. Both apps also reportedly saw the most downloads in their categories. The report says that consumer spending in the TikTok app experienced a 41 percent year-on-year (YoY) growth. TikTok revenue figures by Sensor Tower also include Douyin on iOS in China. In the third quarter, consumer spending in PUBG Mobile reportedly climbed 11 percent YoY.

As mentioned, TikTok was the highest-earning app overall in Q3 according to Sensor Tower data. Overall, Manga reader Piccoma came in second with its revenue reportedly growing 130 percent YoY, followed by YouTube, which saw consumer spending climb 17 percent YoY. Google One and Disney+ rounded out the top highest-earning apps at number four and five, respectively. Although TikTok was the top-grossing app overall as well as on the App Store, Google One was the highest earner on the Google Play store.

Sensor Tower reports that TikTok was also the most downloaded app worldwide in Q3 2021, followed by Instagram, Facebook, WhatsApp, and Facebook Messenger. TikTok recently crossed 3 billion installs globally, becoming the first non-Facebook app to do so.

The report says that first-time installs of mobile games were down compared to the year-ago period, declining 3.5 percent to 13.6 billion across both stores from 14.1 billion in Q3 2020. In addition to being the top-grossing mobile game worldwide, PUBG Mobile also saw the most downloads, followed by Outfit7’s newly launched My Talking Angela 2. Sybo Games’ Subway Surfers, Tap2Play’s Count Masters, and Garena’s battle royale Garena Free Fire rounded up the top five most-installed games worldwide.