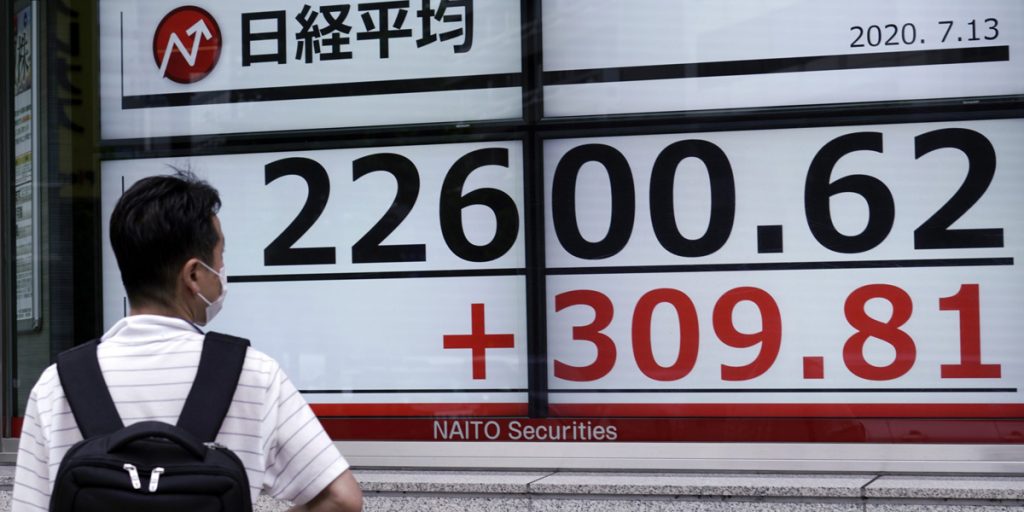 The tech-rich Nasdaq index jumped 1.0 percent, prompting Tokyo stocks to open higher — but buying sentiment was limited as declines in other Asian shares weighed on the market, brokers said.

Investors were also watching the Japanese government’s plan for new coronavirus measures in Tokyo, Kyoto and Okinawa, with Covid-19 cases beginning to surge ahead of a holiday travel season from late April to early May.

The measures will focus largely on asking restaurants to close at 8:00 pm and urging citizens to refrain from making non-essential outings.

“The impact of the latest coronavirus measures has so far appeared limited as they were already factored in,” said Toshikazu Horiuchi, a broker at IwaiCosmo Securities.

They come just weeks after Japan lifted a state of emergency for the greater Tokyo region, and as the capital prepares to host the postponed 2020 Olympics this summer.

In Tokyo, chip-testing equipment manufacturer Advantest jumped 1.79 percent to 10,800 yen and electronic parts maker Kyocera was up 1.43 percent at 7,210 yen.

Uniqlo operator Fast Retailing slumped 3.39 percent to 87,890 yen after it reported a rise in profits on Thursday but declined to comment on controversy over clothing retailers sourcing cotton from the Chinese region of Xinjiang.