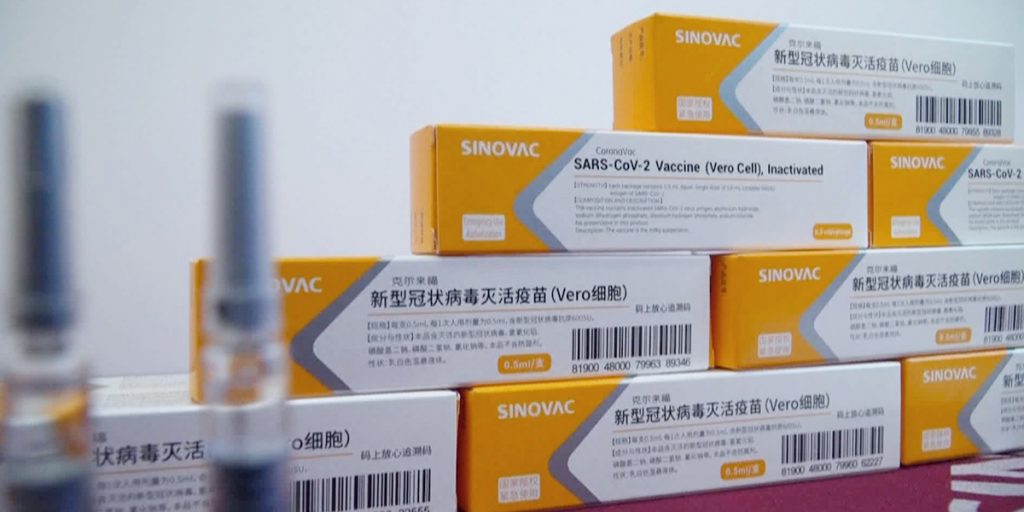 China’s top disease control official has admitted that the efficacy of the country’s domestically produced vaccines is low as it emerged the authorities are considering mixing them to try to offer greater protection against coronavirus.

The rare admission of weakness on the part of Beijing’s pandemic approach came from the director of the China Center for Disease Control and Prevention, Gao Fu, who said Chinese vaccines “don’t have very high protection rates”.

“It’s now under formal consideration whether we should use different vaccines from different technical lines for the immunisation process,” he said at a conference on Saturday in the south-western city of Chengdu.

On Sunday Gao appeared to walk back his comments, according to Chinese state tabloid, the Global Times. Gao told the outlet that international interpretation of his comments as an admission had been a “misunderstanding”.

“The protection rates of all vaccines in the world are sometimes high, and sometimes low. How to improve their efficacy is a question that needs to be considered by scientists around the world,” Gao said.

But the earlier statement by Gao is likely to cause concern in the growing number of other countries who are relying on Chinese vaccines. Beijing has distributed hundreds of millions of doses in other countries while also trying to promote doubt about the efficacy of western vaccines.

Turkey and Singapore are among countries that have placed orders while a rollout of Sinovac’s vaccine in Indonesia in January involved 3m doses and was aimed at medical workers and public servants. It subsequently approved Sinovac for use in elderly people.

It emerged last month that a number of people in the United Arab Emirates (UAE) were being invited to get a third shot of the Sinopharm coronavirus vaccine after antibody tests indicated they did not have a sufficient immune response following two doses of the Chinese-made vaccine.

Beijing has yet to approve any foreign vaccines for use in China, where the coronavirus emerged in late 2019.

China has administered about 161m doses since vaccinations began last year – most people will require two shots – and aims to fully inoculate 40% of its 1.4 billion population by June.

Last month, authorities in Beijing resumed issuing visa processing for foreigners from dozens of countries, but only if they have been inoculated against Covid-19 with a Chinese-made vaccine.

The move raised questions about the motivations behind the demand, given China’s vaccines are not approved in many of the countries to which it has opened travel and that it will not accept foreign vaccines made elsewhere, including those approved by the World Health Organization.

By the middle of last month, China had approved five vaccines for either general or emergency use, including three that are also being distributed to other countries either through trade or aid.

The push to supply internationally has been labelled a “vaccine diplomacy” campaign to boost China’s place as a global health contributor, with take-up mostly in Asia, Africa and South America.