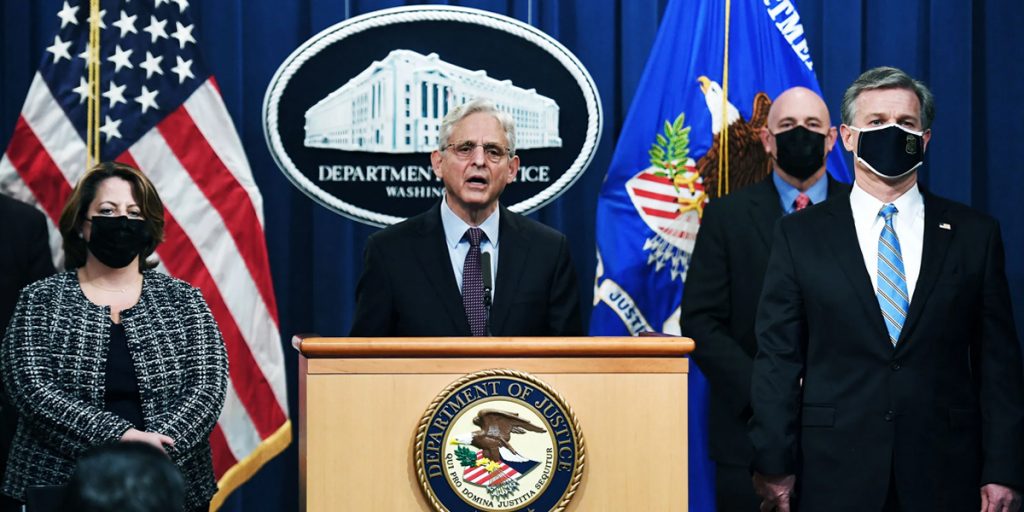 EE game words the U.S. Justice Department charged a Ukraine national and a Russian in one of the worst ransomware attacks against American targets, court filings showed on Monday.

The latest U.S. actions follow a slew of measures taken to combat a surge in ransomware that has struck several big companies, including an attack on the largest fuel pipeline in the United States that crippled fuel delivery for several days.

An indictment accused Ukrainian Yaroslav Vasinskyi, who was arrested in Poland last month, of breaking into Florida software provider Kaseya over the July 4 weekend.

From there, he and accomplices simultaneously distributed REvil ransomware to as many as 1,500 Kaseya customers, encrypting their data and forcing some to shut down for days, it said. read more

Vasinskyi is charged with breaking into the victim companies and installing encryption software, developed by the core REvil group. REvil directly handled the ransom negotiations and split the profits with affiliates like Vasinskyi. This model allowed the notorious ransomware gang to extort numerous companies for cryptocurrency.

Kimberly Goody, director of financial crime analysis at security company Mandiant, said targeting affiliates could be more effective than going after the core gangs because their skills are more prized than encryption software, which is ubiquitous. Some affiliates also work with multiple gangs.

The arrest was part of a major ongoing sweep against key ransomware figures coordinated by the FBI, Europol and national police organizations throughout Europe, with help from private security companies.

REvil announced it was shutting down last month, as did a rival gang involved in the hack of Colonial Pipeline.

The Treasury Department said the two face sanctions for their role in ransomware incidents in the United States, as well as a virtual currency exchange called Chatex “for facilitating financial transactions for ransomware actors.”

Latvian and Estonian government agencies were vital to the investigation, the Treasury said.

Deputy Attorney General Lisa Monaco credited Kaseya for its help in the investigation. “We are here today because in their darkest hour, Kaseya made the right choice and they decided to work with the FBI… in doing so, we were able to identify and help many victims of this attack.”

The Treasury said more than $200 million in ransom payments were paid in Bitcoin and Monero.

Vasinskyi, 22, was being held in Poland pending U.S. extradition proceedings, while Polyanin, 28, remains at large. Russia’s tolerance of major gangs targeting U.S. critical industry has been a flashpoint in relations with the Biden administration.

President Joe Biden said on Monday that his administration has taken “important steps to harden” critical U.S. infrastructure against cyberattacks. “When I met with President Putin in June, I made clear that the United States would take action to hold cybercriminals accountable. That’s what we have done today”, he said in a statement released by the White House.

Although discussions continue, security experts and most U.S. officials said they had not seen an overall decrease in ransomware attacks. Encryption software used for such attacks is freely available.

Reuters could not reach legal representatives for the two men accused on Monday, and no attorneys for them were listed in court filings.

The indictment said the Ukrainian hacker and other conspirators started deploying hacking software around April 2019 and regularly updated and refined it. It said he also laundered money obtained through the extortion scheme.

Twelve suspects believed to have mounted ransomware attacks against companies or infrastructure in 71 countries were “targeted” in raids in Ukraine and Switzerland, Europol said on Friday.