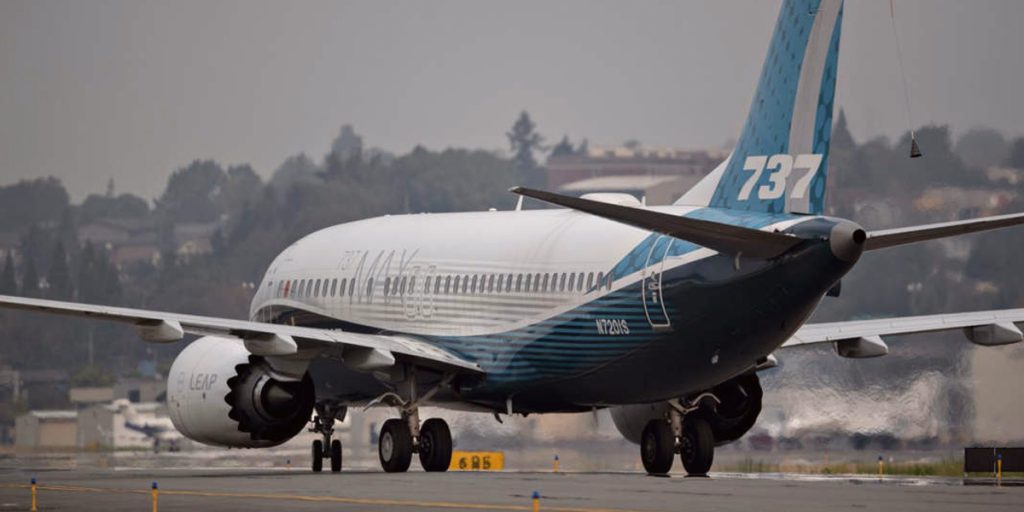 United Airlines Holdings Inc. is in advanced talks for a large narrow-body aircraft order that would include at least 100 Boeing Co. 737 Max jets as part of a broader fleet revamp, according to people close to the matter.

The Chicago-based airline sees an opportunity to upgrade its fleet and is studying several new, fuel-efficient models at a time when the likes of Boeing and Airbus SE are hungry for deals and demand for leisure travel is surging in the U.S., said the people, who asked not to be identified as the discussions are confidential.

Boeing’s portion of the order could include 150 Max, two of the people said.

The negotiations come as Boeing works to lift sales of the Max following two fatal crashes that led to a lengthy global grounding that only began to lift at the end of last year and still exists in some places, including the key growth market of China. A large order from United would be a boost for the U.S. aviation titan as it also tries to shake off the impact of the pandemic on its business.

To attract orders for the Max, Boeing has been offering some customers steep discounts, reduced upfront payments and other inducements that may not be available once global air traffic returns to more normal levels, one of the people said.

“We do not currently have a deal in place with Boeing or Airbus to purchase new aircraft and do not comment on speculative aircraft orders,” United spokeswoman Leslie Scott said. The carrier has turned its attention “away from managing the crisis of the pandemic and toward planning for our bright future,” she said.

A deal would expand on an order for 25 Max single-aisle jets that United announced in March. It could also help United retire its oldest single-aisle Boeing 757s, many of which date from the mid-1990s and burn more fuel than the newer generation jets.

The carrier flies the 757s to its domestic hubs and Hawaii, along with some trans-Atlantic routes from the East Coast. United plans to migrate those routes to the long-range Airbus model, ordering 50 A321XLR in December 2019 with deliveries to begin in 2024.

Other large customers like Southwest Airlines Co., Ryanair Holdings Plc and Alaska Airlines Inc. have been stocking up on Max jets at a time when Boeing is trying to restore confidence in its biggest seller. The manufacturer is looking to clear hundreds of undelivered 737s and 787s from its inventory, while filling delivery slots as it starts to speed up work in its factories.

Southwest said Tuesday it struck a deal to take 34 more of Boeing’s smallest 737 next year, in addition to the 100 Max it ordered in March. The all-737 operator now expects to spend about $1.5 billion on aircraft next year, about $800 million more than previously planned, the carrier said in a filing.

A breakthrough in China remains elusive, complicated by a prolonged trade deadlock between the Asian economic giant and the U.S. China was the first country to ground the Max more than two years ago following a crash in Ethiopia, and it has yet to lift its ban.

Boeing Chief Executive Officer Dave Calhoun said earlier this month that China will account for about a quarter of expected growth in jet sales over the next decade once the pandemic recedes, but the rocky relationship between Washington and Beijing could threaten the comeback of the Max.

“It’s going to create real issues for us in the next couple of years if we can’t thaw out some of the trade structure,” he said.