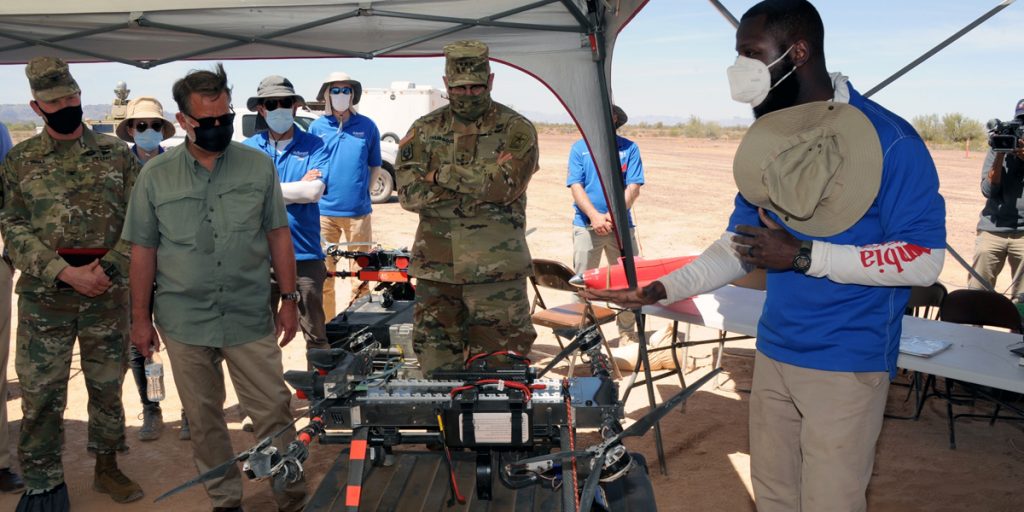 The firms, Aurora Flight Sciences, ELTA North America, and XTEND, were selected from a group of 30 companies who had applied to participate in the demonstrations.

The systems were up against lightweight small drones that are “quick, hard to mitigate, and can carry various payloads, including surveillance equipment”.

“This week’s demonstration helps the Department of Defense as we strive to provide the most capable counter-small UAS equipment to our operational forces,” said Major General Sean Gainey, Director of the Joint Counter-small UAS Office.

“By focusing the first event on low collateral effects interceptors, we are addressing a key challenge when operating in complex urban environments, around sensitive sites, or in situations where the rules of engagement limit kinetic capabilities.”

Another Demonstration in September

During the next phase, the participating systems will receive performance input. Based on that input, successful candidates will be called in for a further round of evaluation.

The systems selected after the final round are expected to be included in the Low Collateral Effects Interceptors Development Program funded by the Joint Counter-sUAS Office, the service explained.

Another round of demonstrations involving a separate set of participants is slated for the end of this fiscal year. The request for information will be released in the spring.