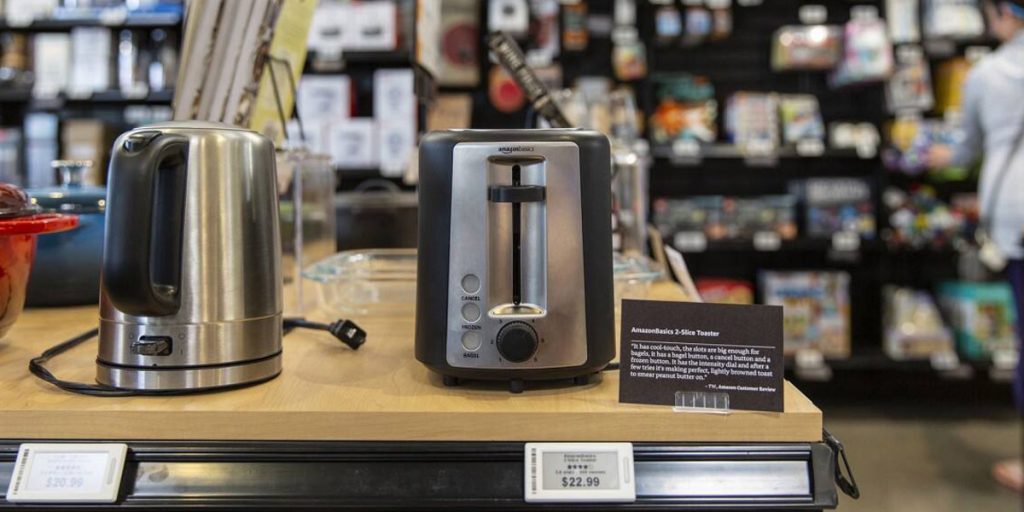 Amazon.com Inc., Apple Inc., and other U.S. technology giants would have to sell or exit key businesses under sweeping antitrust legislation proposed by House lawmakers.

Democrats and Republicans on the House Judiciary Committee introduced legislation Friday that would prohibit tech companies from owning a business that competes with other products or services on their platforms, among other measures.

Such a provision, if passed, would bar Amazon from selling its own branded products, Amazon Basics, for example, or Apple from offering Apple Music, or Google from providing specialized search services in travel, local businesses, and shopping.

The proposal could also threaten Google’s $23 billion display-advertising business. Google runs an exchange for ad transactions and provides the technology used by website publishers and advertisers to buy and sell digital advertising, but it also competes in the marketplace as a buyer and a seller.

“Unregulated tech monopolies have too much power over our economy,” said Representative David Cicilline, a Rhode Island Democrat, who led the panel’s 16-month investigation into the power of four giant technology platforms: Apple, Facebook Inc., Amazon, and Google.

The panel concluded that the four companies are abusing their dominance in digital markets to thwart competition. “Our agenda will level the playing field and ensure the wealthiest, most powerful tech monopolies play by the same rules as the rest of us,” Cicilline said.

“Big Tech has abused its dominance in the marketplace to crush competitors, censor speech, and control how we see and understand the world,” said Representative Ken Buck, a Colorado Republican.

The bill is part of a package of legislation with bipartisan support aimed at giving antitrust enforcers new legal tools to take on dominant tech firms that have been accused of quashing competition in digital markets.

The measures would also make it harder for large technology companies to win approval for mergers and place additional restrictions on how they run their platforms.

The legislative package was praised by antitrust experts who say tech giants have used their power to insulate themselves from competitive threats and that existing law is inadequate to challenge the companies.

“Now platforms can discriminate in ways where it’s almost impossible to put competitive pressure on them,” she said. “If we take those tools of control away, then they’re not going to to be able to protect their gatekeeper positions and great new products will be able to have a fair shake”.

Tech trade groups have criticized the proposals as a threat to innovation and consumer choice. On Friday, the Computer & Communications Industry Association asked Judiciary Committee leaders to hold hearings on the bills before moving ahead with them. The group said the proposals represent the biggest change to competition policy since the original antitrust laws were passed in the late 19th century and target specific companies while exempting others.

The bill targeting mergers would make it much harder for tech companies to win antitrust approval for deals. It would deem acquisitions illegal unless the companies can show the deal isn’t a threat to competition. That’s a significant change to existing law, which puts the burden on the government to prove a deal is anticompetitive. Under the proposal, the onus would shift to the companies and give the government a leg up in winning cases in court.

The proposal on banning some businesses targets one of the main complaints about the big tech companies: that their business models create inherent conflicts by running vast marketplaces that other companies depend on to reach consumers, while at the same time competing against some of those companies with their own offerings.

Cicilline proposed legislation that would impose non-discrimination provisions on the tech platforms preventing them from putting products and services from competitors at a disadvantage. It would also prohibit them from denying rivals access to their platforms.

One of the provisions in Cicilline’s bill appears aimed at Apple and Google’s mobile operating systems. It bans platforms from making it difficult or impossible for users to uninstall software applications that have been pre-installed or to change default settings that steer users to their products.