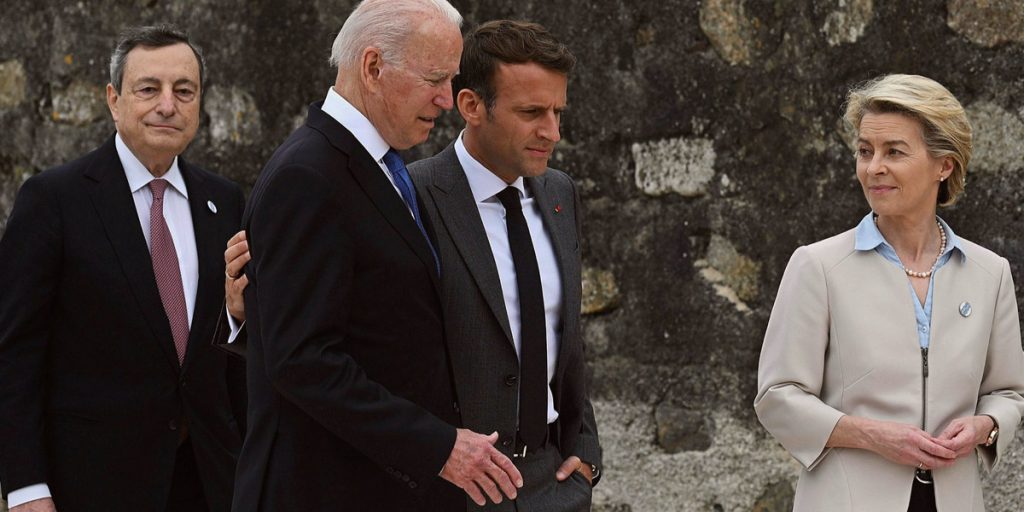 The US has warned the EU against pursuing “protectionist” technology policies that exclusively target American companies, ahead of Joe Biden’s first presidential visit to Brussels.

The National Security Council, an arm of the White House, wrote last week to complain about the tone of recent comments about the EU’s flagship tech regulation, as debates are about to begin in the European parliament.

“We are particularly concerned about recent comments by the European Parliament rapporteur for the Digital Markets Act (DMA), Andreas Schwab, who suggested the DMA should unquestionably target only the five biggest US firms,” said the email, seen by the Financial Times and dated June 9th.

It added: “Comments and approaches such as this make regulatory co-operation between the US and Europe extremely difficult and send a message that the [European] Commission is not interested in engaging with the United States in good faith to address these common challenges in a way that serves our shared interests”.

“Protectionist measures could disadvantage European citizens and hold back innovation in member-state economies. Such policies will also hinder our ability to work together to harmonise our regulatory systems,” it said.

The note was sent by the NSC to the staff at the EU’s delegation in the US capital, according to several people familiar with it, as part of routine communications between Washington and Brussels.

It comes at a time when both the US and EU are keen to rebuild a relationship that was marred by acrimony during Donald Trump’s presidency. On Tuesday Biden will attend an EU-US summit in Brussels to discuss trade, tech, and China.

Also on Tuesday, the US and EU resolved a 17-year dispute over aircraft subsidies, lifting the threat of billions of dollars in punitive tariffs.

At the Brussels summit, the two sides will commit to forming a “trade and technology council”. This will coordinate standards on new technology, such as AI, discuss tech supply chains and address tech regulations and competition policy.

“Let’s focus first on the biggest problems, on the biggest bottlenecks. Let’s go down the line – one, two, three, four, five – and maybe six with [China’s] Alibaba,” he said. “But let’s not start with number seven to include a European gatekeeper just to please Biden”.

The Digital Markets Act is a piece of draft legislation that aims to curb the power of big-tech and is the first major overhaul of the EU’s tech regulations in two decades.

The White House is facing pressure from some members of Congress to take a tougher stand against the EU plans. A letter signed by the co-chairs of the digital trade caucus in the US last week warned Biden that EU legislation had the potential to “disproportionately harm American technology companies”.

An NSC official said the excerpts from the email obtained by the FT had been cherry-picked and did not reflect the broader context of the communication, which pointed to common ground and a belief that Washington and Brussels should work together on digital policies.

The NSC official added that along with the staff email, it sent some technical questions to better understand the proposed legislation.

The NSC note followed an agreement earlier this month by the G7 countries, spearheaded by the US, to change global tax rules to set minimum tax rates and tax the biggest companies in the countries where sales occur.