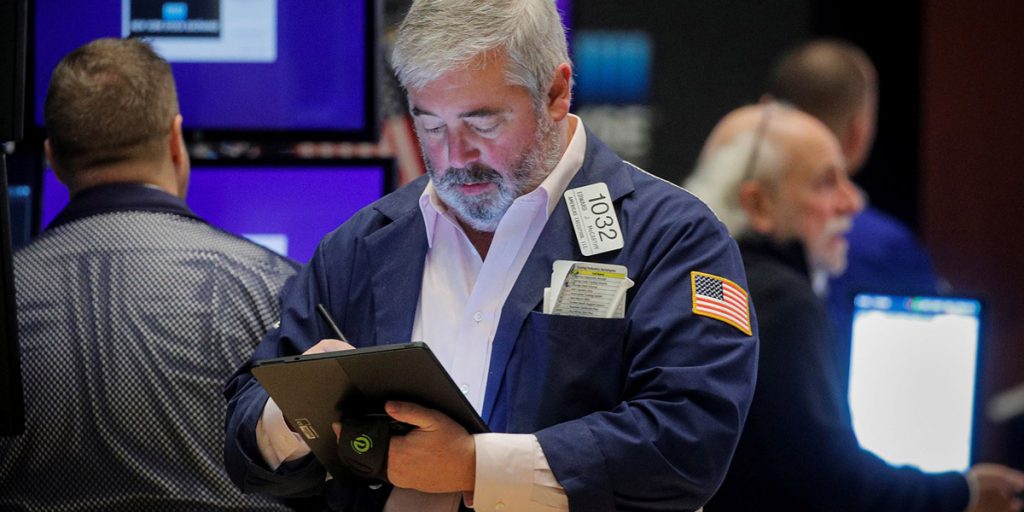 U.S. stock indexes rose on Friday, as Johnson & Johnson and big technology and communication stocks led gains at the end of a week scarred by deepening concerns over prolonged inflation.

Johnson & Johnson rose 1.5% after saying it planned to break up into two companies focused on its consumer health business and the large pharmaceuticals unit. Shares of mega-cap technology and communication stocks including Google-owner Alphabet Inc, Microsoft Corp, Meta Platforms Inc, formerly known as Facebook, Apple Inc, and Amazon.com inched up between 0.2% and 2%.

But Tesla Inc slid 2.2% after top boss Elon Musk sold another block of company shares worth about $700 million, after offloading about $5 billion worth of stock following a poll he posted on Twitter. The S&P 500 and Dow indexes tracked weekly declines of about 1%, their first since the turn of October, as hot U.S. inflation readings sapped investor sentiment and halted an earnings-driven streak of record closing highs.

“Inflation drives earnings up, but it does get to a point where it starts to hurt the consumer,” said David Wagner, portfolio manager at Aptus Capital Advisors. “The market right now is still looking through inflation as if it’s transitory and that’s going to continue into the end of the year because of all the supply chain problems.”

Rising price pressures globally have become a top concern for investors, with the focus now shifting to how inflation will impact consumer spending as the holiday shopping season nears. A University of Michigan survey showed its consumer sentiment index for early November unexpectedly dropped to the lowest level since 2011.

U.S.-listed shares of Alibaba Group Holding slipped 2.4% after the e-commerce giant said its sales during the Singles Day event grew at the slowest rate ever, underscoring the headwinds for China’s tech firms. Biogen Inc rose 0.5% after late-stage studies found its Alzheimer’s drug Aduhelm significantly lowered blood levels of an abnormal form of the protein tau that accumulates in the brains of people with the disease.

With about 459 companies having reported, S&P 500 earnings are expected to have jumped 41.5% in the third quarter from a year earlier, Refinitiv IBES data showed. Reuters reported earlier in the day that President Joe Biden and Chinese leader Xi Jinping are expected to hold a virtual summit on Monday amid tensions over trade, human rights, and military activities.