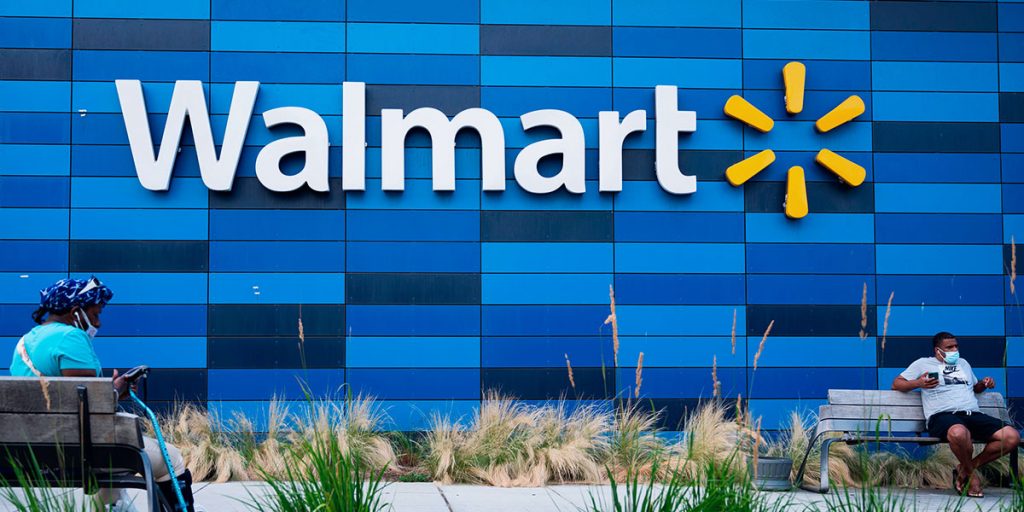 Giant retailers, including Amazon and Ikea, have pledged to go green, but their shipping is still pretty dirty. Now shoppers can now see how much pollution some of the biggest retail companies in the US each generate while bringing goods into the country, thanks to a new report. In 2019, the 15 companies in the report generated almost as much climate pollution as 1.5 million American homes do in a year.

The report looks at greenhouse gas emissions and air pollution caused by shipping piles of cargo around the world and ranks the top 15 biggest polluters by company. Walmart tops the list, generating more greenhouse gas emissions than a coal-fired power plant would in a year. Ashley Furniture, Target, Dole, and Home Depot round out the top five. Ikea and Amazon ranked 7 and 8, respectively. Samsung ranked 9th, and LG was 11th.

While experts have known for a while that maritime shipping is the culprit behind three percent of the world’s greenhouse gas emissions, individual retailers responsible for that pollution have largely been able to avoid scrutiny until now. But with the curtain pulled back on companies’ carbon footprints, consumers have more ammunition to demand action on climate change.

“There really hadn’t been an investigation into this pillar of companies’ emissions portfolio,” says Madeline Rose, primary author of the report published today by the nonprofit environmental groups Pacific Environment and Stand.earth. “Quite frankly, with the climate emergency on our doorstep, we just feel like there needs to be disruption of the data system and there needs to be greater transparency.”

To track companies’ emissions, the organizations first looked at a public database called the Journal of Commerce to identify the US’ biggest importers by volume. They then commissioned the University Maritime Advisory Services (UMAS), which has access to other maritime import databases, to cross-reference the public data with their own proprietary information. Together, they matched retailers’ individual shipments to specific vessels. Based on the ships’ voyages, they were able to estimate fuel consumption and the resulting emissions. Their estimates are likely low because the researchers weren’t able to verify all the cargo voyages made by franchisees and shell companies with different names than their parent companies.

“Because the data is so opaque, they’re only capturing about 20 percent of the market, and then they’re extrapolating upward from there,” says Dan Rutherford, who directs aviation and marine programs for the International Council on Clean Transportation, and who was not involved with the research. “I think that’s appropriate because the data itself is not available. But it does point to the fact that we need better rules and transparency.”

The research also doesn’t take into account emissions from ships’ return journeys after unloading their cargo. Nor does it geolocate the emissions to see where they’re winding up. That could be important for coastal communities that get saddled with the pollution that drifts ashore. It’s estimated that 60,000 people die prematurely each year after being exposed to air pollution from shipping. The 15 companies named in the new report generated as much air pollution in 2019 — including soot, sulfur oxide, and nitrous oxide — as tens of millions of cars and trucks.

The study is also limited to US imports, though the US is the largest consumer market in the world. Since supply chains can involve multiple companies spanning several countries, it’s been tricky to assign shipping emissions to any single nation. That’s made regulation of the industry’s pollution really hard because it’s not clear who should be held accountable.

“Here you have another giant case of emissions falling through the cracks,” says Jennifer Jacquet, an associate professor of environmental studies at New York University who was not involved in the study. “We knew we needed to do something about shipping, and I don’t think a consensus has emerged exactly on how to deal with it… at least we can say, you know, IKEA is responsible for some of these emissions.”

Despite their sweeping climate pledges, companies such as Ikea and Amazon are still doing significant damage to the planet, as this report shows. Both companies responded to The Verge with statements highlighting their sustainability commitments, while Walmart, LG, and Samsung did not respond to a request for comment. Ikea says it wants to draw down more greenhouse gases than it emits by 2030. Amazon is trying to do something similar by 2040, and is working to get more electric vehicles on the road to slash emissions from its deliveries. Rose wants to see more of that thought put into how goods are moved by sea.

“One of the big problems with shipping is that it’s very out of sight out-of-mind pollution source,” Rose says. “If we do not get maritime ship emissions under control, we will not solve the climate emergency.”

AmazonIkeaShipping ProblemsWalmart
Previous ArticleApple Rolls Out iOS 14.7 with MagSafe Battery Pack Support for iPhone 12Next ArticleTesla Plans to Open Its Charging Network to Other EVs Later This Year