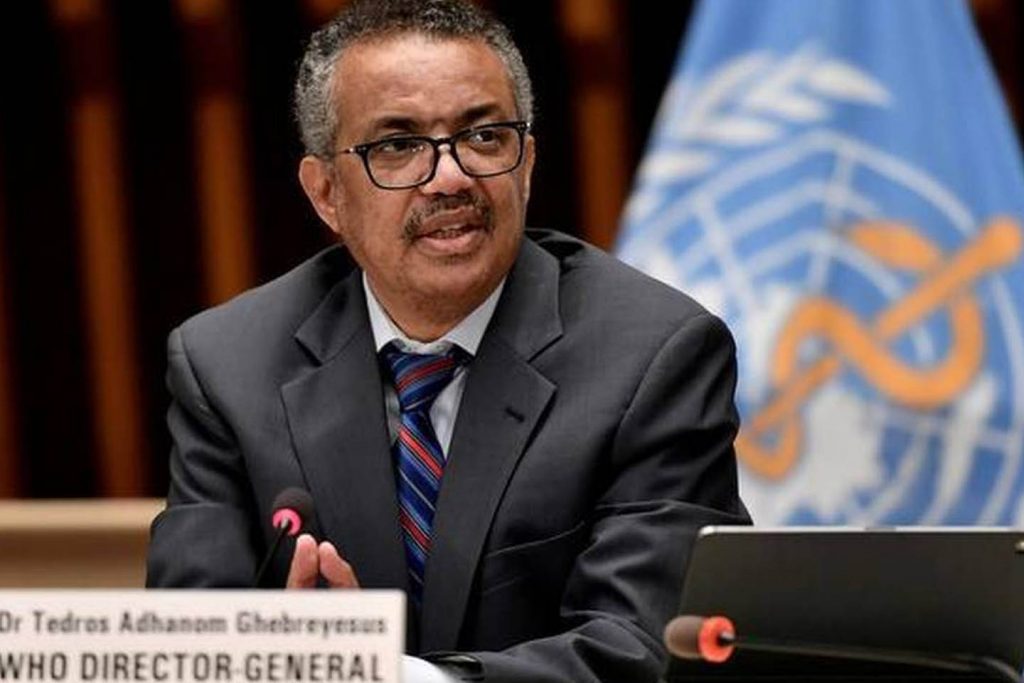 The World Health Organization has called for a technology- transfer hub on mRNA vaccines, even as global Covid-19 cases increased for the eight week in a row and deaths for five straight weeks.

The WHO has issued an expression of interest for a technology transfer hub for mRNA vaccines to increase production of those vaccines in low- and middle-income countries (LMIC), said Dr. Tedros Adhanom Ghebreyesus.

“We are calling for the original manufacturers of mRNA vaccines to contribute their technology and know-how to a central hub, and for manufacturers in low- and middle-income countries to express interest in receiving that technology,” he said, echoing similar calls from several public health quarters. Two key m-RNA vaccines licensed in several countries are from Pfizer and Moderna.

His call comes even as new cases of Covid-19 increased for the eighth week in a row, last week, with more than 5.2 million cases reported – the most in a single week so far. Deaths rose for the fifth straight week, at more than 3 million.

Infections and hospitalizations among 25 to 59 year-olds were increasing at an alarming rate, he observed, possibly due to highly transmissible variants and increased social mixing among younger adults.

“We have the tools to bring this pandemic under control in a matter of months if we apply them consistently and equitably,” he said.

This week also marks Earth Day (April 22nd), a reminder that “human health depends on the health of the planet that sustains us,” he said. Air pollution kills more than double those killed by Coivd-19, about 7 million people, every single year, he said.

Despite temporary improvements in air quality last year as after lockdowns, by September, air pollution had returned to pre-pandemic levels, he pointed out. Globally, CO2 emissions only decreased by less than 6 per cent last year, but by December, they had rebounded to their previous levels.

“The health argument for climate action is crystal clear.

The same unsustainable choices that are killing our planet are killing people. There’s no vaccine for climate change, but we do have solutions,” he said.

At the COP26 climate conference in Glasgow this year, WHO will deliver a special report with recommendations on how to maximize the health benefits of tackling climate change, while avoiding the worst health impacts of the climate crisis.